How far would you go to have surgery for endometriosis?
For Michelle Gilmore, that answer meant halfway around the world. The Sydney, Australia-native was so displeased with her medical treatment Down Under that in February, she made arrangements to have surgery with a New York City-based excision specialist —nearly 10,000 miles away from home. “There is complete and utter ignorance in Australia when it comes to endometriosis diagnosis and effective surgical treatment,” says Gilmore. Her endo journey began long before she hopped on that 22-hourlong flight. 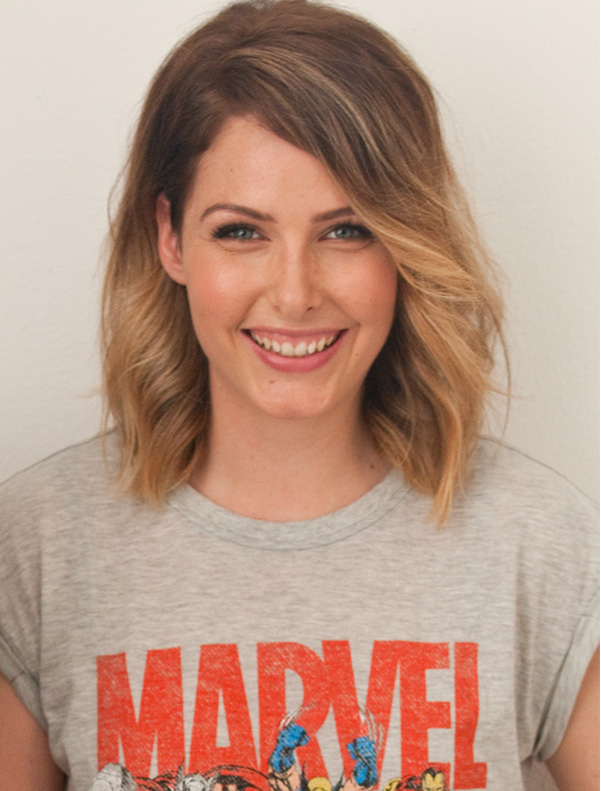 Gilmore says she had to put up a superhero effort to get the health care she deserved. "We have to reframe our opinion that our doctors know best," she says.

Growing up Sunbury, a suburb of Melbourne, she lived a mainly asymptomatic life, until she turned 33 when a sharp pain lingered near her left ovary. Her GP found a cyst and referred her to an OB-GYN who suspected endometriosis. To Gilmore’s shock, removing the disease, or other methods of treating it, wasn’t her doc’s primary concern. “My gynecologist suggested that I look into egg freezing because most likely I would have to get the cyst removed,” Gilmore, now 34, explains.
As many American women know, egg freezing stateside is typically not covered by insurance and can carry a hefty price tag up to $15,000. It’s a much different picture in Australia, where egg freezing is subsidized by the government for medically-necessary reasons. Given her ovarian cyst, Gilmore, who owns a design firm, Neoteny Service Designs, qualified for the subsidy. “It seemed to be that the narrative was, surgically we would be more comfortable, given your age, operating on an ovary, if you’ve got eggs frozen first. And I think that that’s interesting and something that we need to look at because what that says is that we are prioritizing reproduction.”

Gilmore (center, in red) posed with her supportive friends and endometriosis advocates at the 2018 Blossom Ball

At her OB-GYN’s insistence, Gilmore began the egg freezing procedure, but she soon learned the consequences of that decision. As her body was stimulated with hormones to help her produce more eggs, her ovarian cyst doubled in size. What options was she presented with then? She recalls her doctors, fearing ovarian cancer, tested her CA-125 levels, which were elevated. But they failed to mention that the test can also be a strong indicator of the degree of endometriosis in a patient’s body. Desperate for answers, Gilmore decided to do her research.

Gilmore (in bed, surrounded by pals) had a strong message for endometriosis, after her excision surgery in NYC in March.

“I read a few experts in America and UK talking about how MRIs were a part of responsible [endometriosis] diagnosis before surgery. I was told that, ‘We don’t do that.’ That was their response. I said, ‘But don’t we want all the data that we can get before we operate?’ And the response was, ‘We’ll know when we get in there. And I felt like a car—not a human.” Doctors also warned her that she may lose an ovary during surgery to remove the ovarian cyst. She felt like her overall health and preservation of her organs took a backseat to her doctor's focus on egg freezing.

It was enough for Gilmore to book a ticket to New York City where she later scheduled surgery with an endometriosis specialist. She finally got the MRI she wished for and had an excision surgery with ovarian reconstruction. Afterwards, the specialist diagnosed her with Stage IV Endometriosis. “I can’t seem to reconcile the fact,” she adds, “that they would have operated on me [in Australia], not knowing that I had lesions all throughout my torso. And what would have happened?”

When Endo Strikes, Mental Health Days Are My Savior

Is There A Link Between Leaky Gut and Endo? This Researcher Thinks So