EndoFound’s 11th Annual Blossom Ball is on Monday, March 20th at Cipriani 42nd Street in New York City. Blossom Ball is a night to celebrate all those who have worked so hard for the endometriosis cause. The Blossom Ball is an elegant and fun evening to raise money so EndoFound can continue its important advocacy work, outreach, and education to schools, and fund landmark research that gets us each year closer to a cure.

I hope you will mark this date in your calendar and join us for an evening of celebrating all those who have worked so hard for the endometriosis cause! 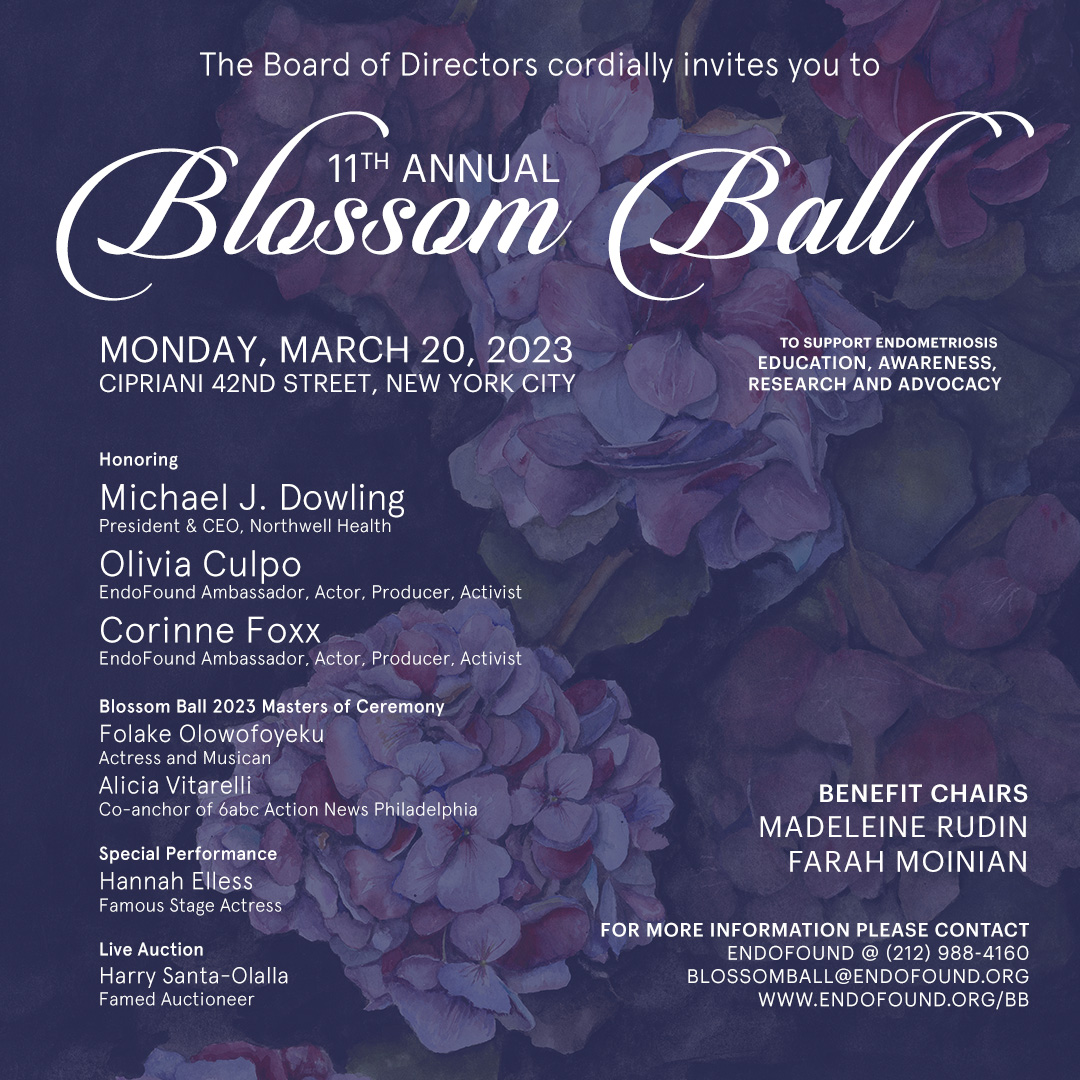 Michael Dowling is one of healthcare’s most influential voices, taking a stand on societal issues such as gun violence and immigration that many health system CEOs shy away from. As president and CEO of Northwell Health, he leads a clinical, academic and research enterprise with a workforce of more than 83,000 and annual revenue of $16.5 billion. Northwell is the largest health care provider and private employer in New York State, caring for more than two million people annually through a vast network of more than 890 outpatient facilities, including 220 primary care practices, 52 urgent care centers, home care, rehabilitation and end-of-life programs, and 21 hospitals.

Before joining Northwell Health in 1995, he was a senior vice president at Empire Blue Cross/Blue Shield. Mr. Dowling served in New York State government for 12 years, including seven years as state director of Health, Education and Human Services and deputy secretary to the governor. He was also commissioner of the New York State Department of Social Services. 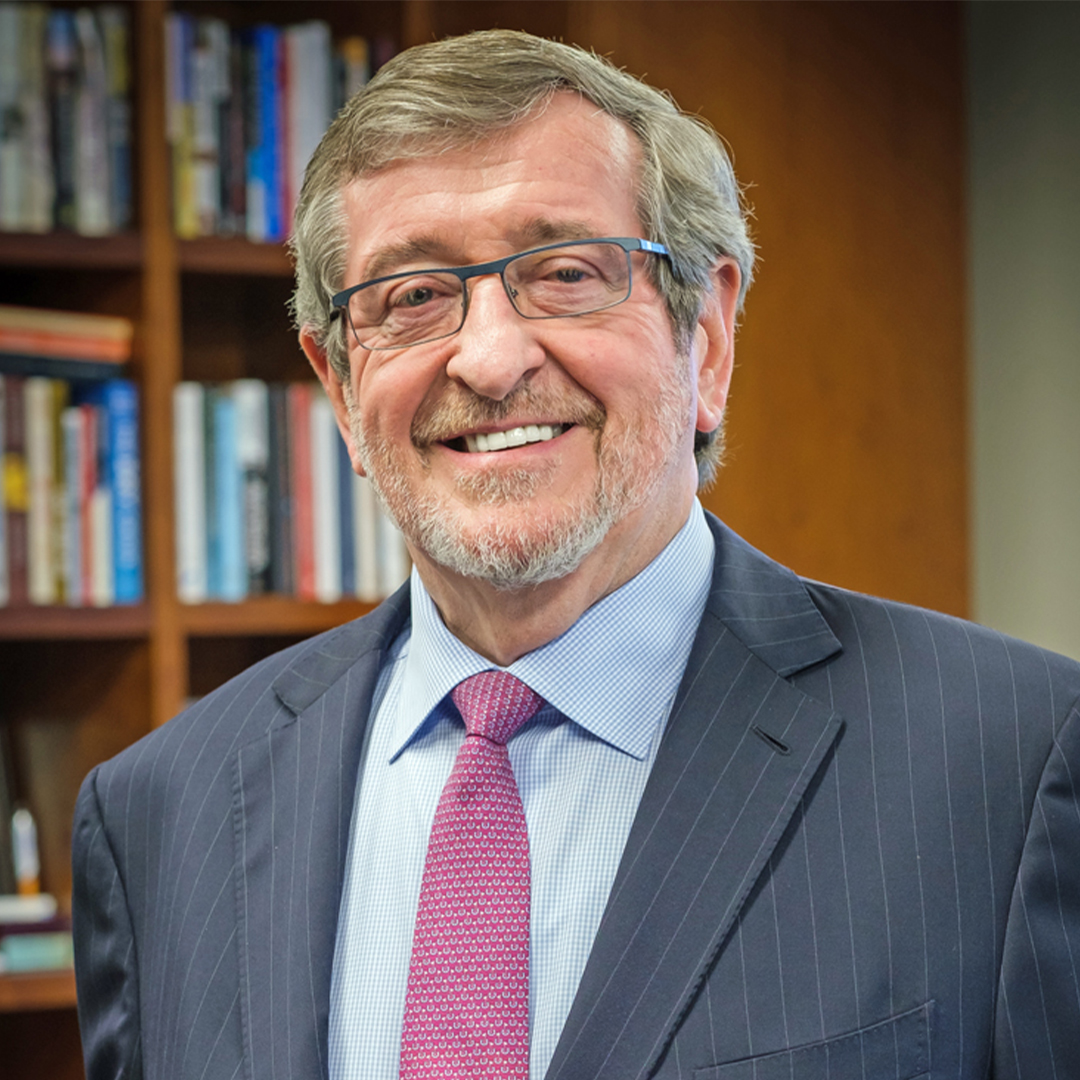 As a modern-day female entrepreneur, Olivia Culpo has been utilizing her platform, creative prowess, and skill set as a dynamic leader to shape the fashion, beauty, and lifestyle industries. Having amassed over 5.2M followers across Instagram, Olivia Culpo has asserted herself as a force to be reckoned with across these industries, while prioritizing charitable initiatives and advocacy for causes important to her including endometriosis. Olivia grew up in Rhode Island alongside her tight-knit Italian family and is now based in L.A. Continuing to expand her ever-growing repertoire, the multihyphenate talent has been successful in a variety of creative and professional endeavors including her own TV show “The Culpo Sisters” with Discovery + and HBO Max.

Corinne Foxx made her debut in the entertainment industry as Miss Golden Globe at the 2016 Golden Globe Awards. A few years later, Corinne starred in her first feature film, as Sasha, in the 2019 film 47 Meters Down: Unchanged. Since then, she has starred in films like Disney's Safety and TV shows like Hulu's Dollface. She also co-hosts the Fox television game show, Beat Shazam, alongside her father, Jamie Foxx, which is currently in its fifth season. In recent years, Corinne has taken more behind-the-scenes work as a producer. Outside of the entertainment industry, Corinne is a fierce advocate for mental health and women's health rights and is an ambassador for both the Endometriosis Foundation of America and the National Alliance on Mental Illness. 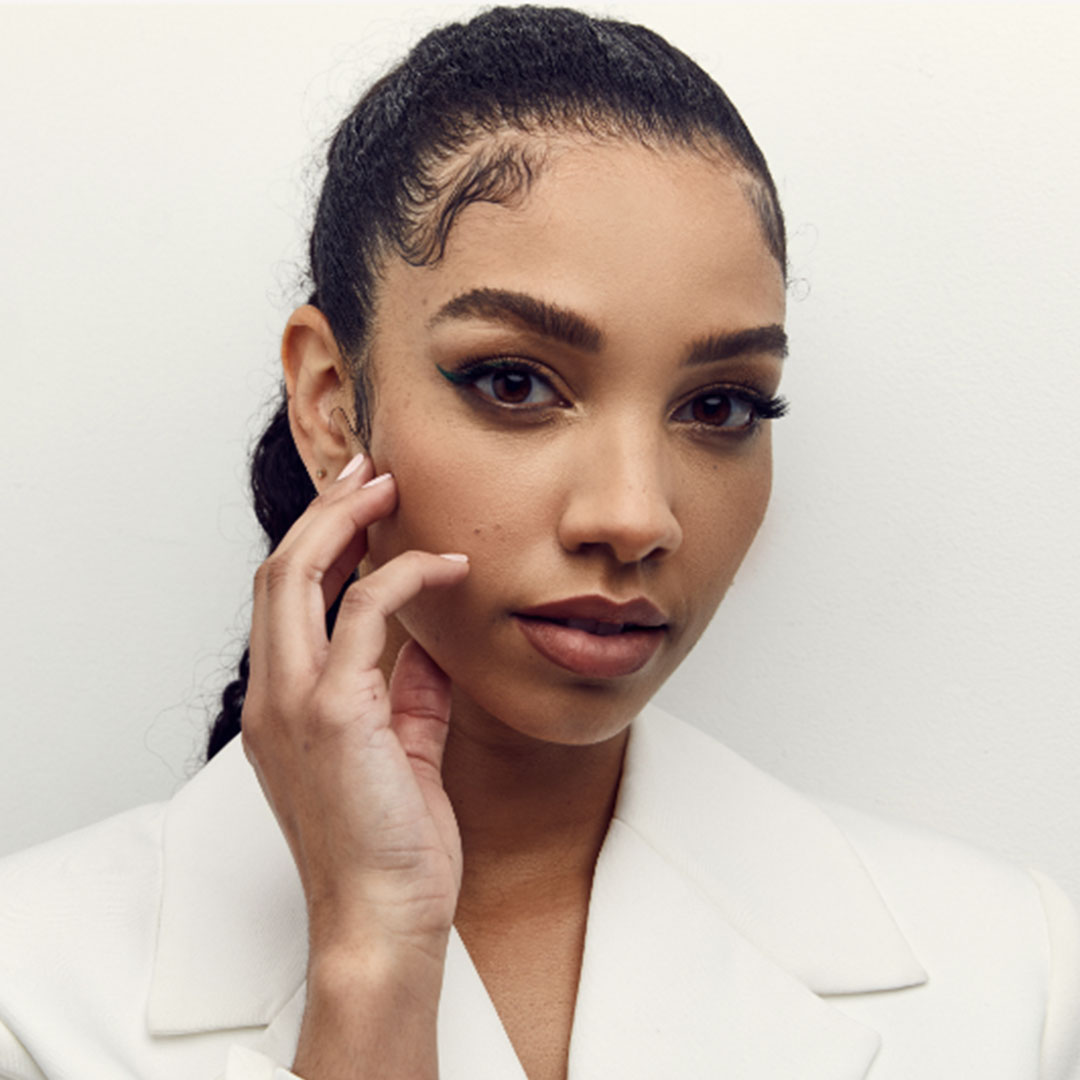 Nigerian-born actress Folake Olowofoyeku has won the heart of critics and audiences alike with her title role in the CBS half-hour comedy "Bob Hearts Abishola." In this comedic examination of immigrant life in America from a creative team led by Chuck Lorre ("The Big Bang Theory," "Two and a Half Men") 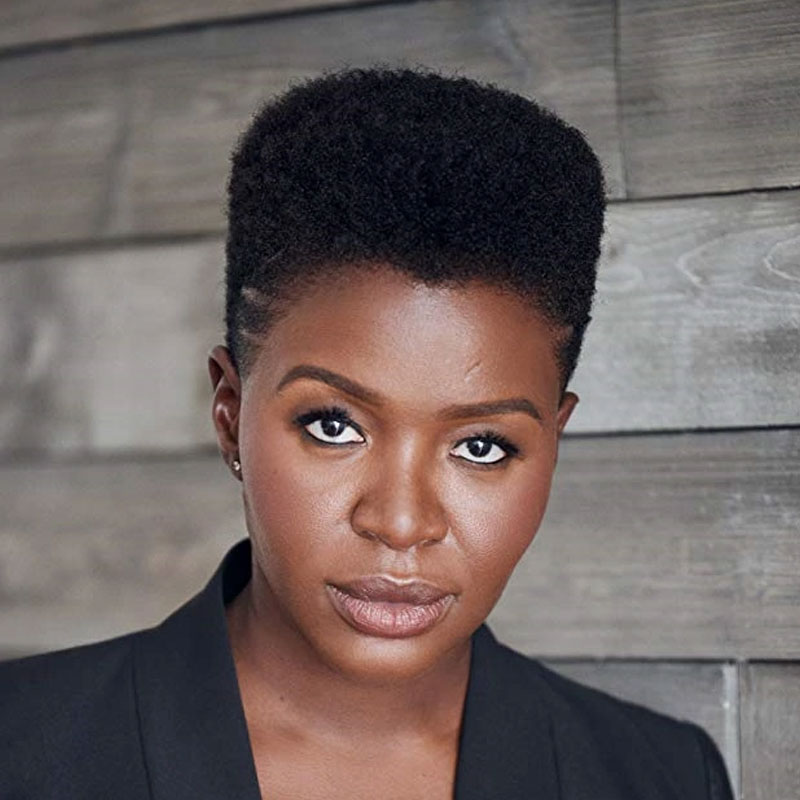 Alicia Vitarelli is the co-anchor of Action News at 4pm. Alicia joined the Action News team in October 2010. Just a few of the highlights of her vast and varied work here include traveling to cover the Royal Wedding, the beatification of Pope John Paul II at the Vatican, the Oscars, the CMA Awards and Dancing with the Stars. She has also interviewed many Hollywood A-listers for her daily segment on Action News at 4 called "The Buzz." She admits to being a little star struck while interviewing Tom Hanks. Alicia is also the co-host of 6abc's weekly entertainment program, FYI Philly. 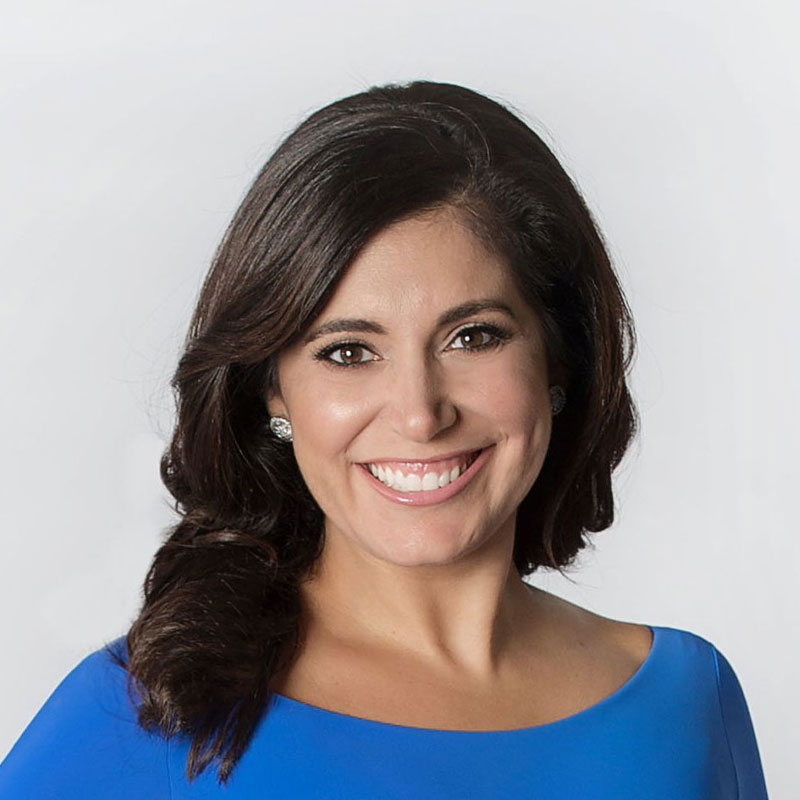 Hannah Elless is a multi-hyphenate artist living in New York City with roots in Southwest Michigan. 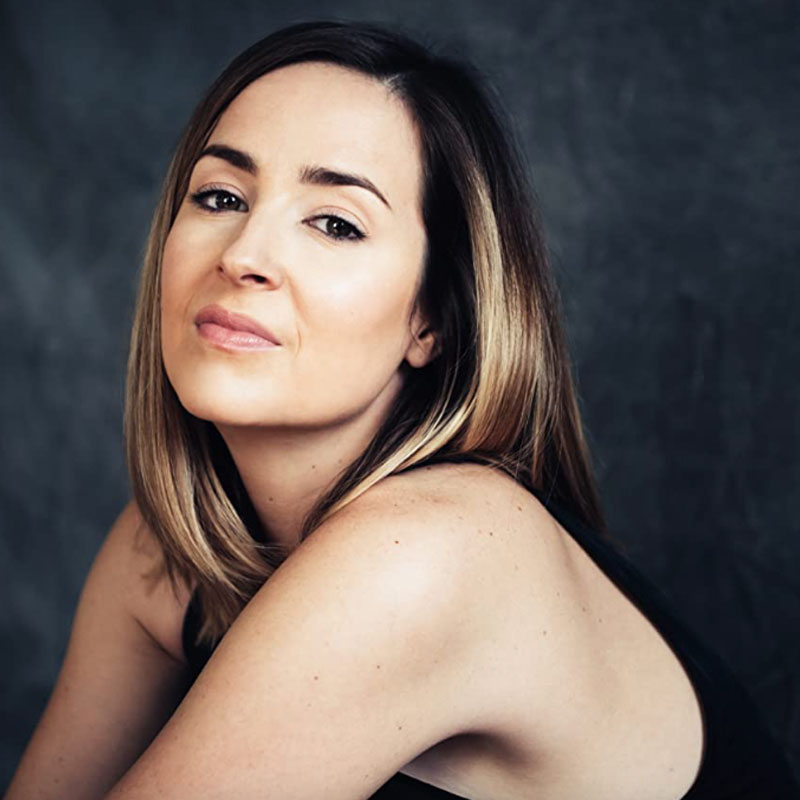