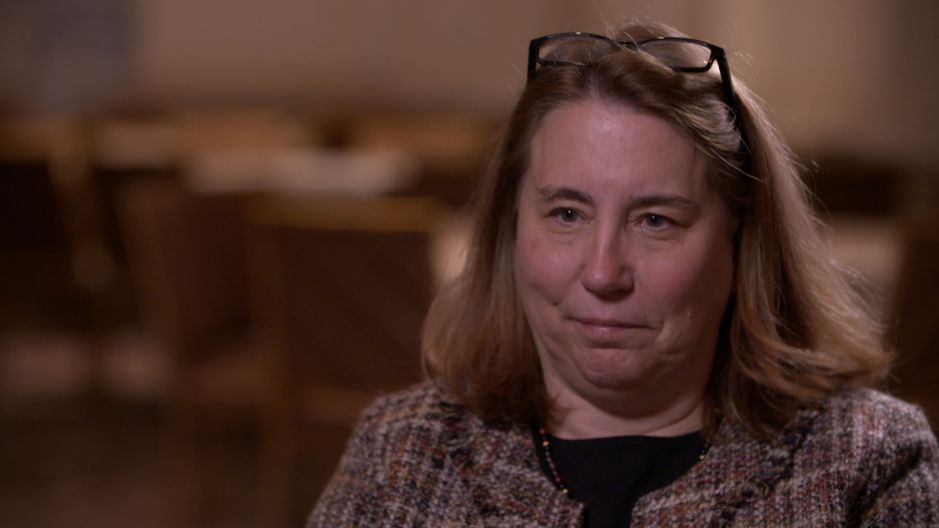 Interviewer: We are joined now by Dr. Lisa Halvorson, who's the Chief of Gynecologic Health at The NIH. Thank you so much for being here today. Briefly, just give us an overview of your presentation at the conference here today.

Dr. Halvorson: Right. Basically, The National Institutes of Health is a very large grant-funding institution, as well as the research and clinical care that they give, with 27 institutes that tend to divide the disorders that we've seen today somewhat artificially. There's the Cancer Institute. There's an Environmental Health Institute and there's The National Institute of Child Health and Human Development, which is where benign gynecology is done.

Interviewer: What kind of work does The NIH do to approach women's health holistically?

Dr. Halvorson: There is a couple of different approaches that The NIH uses. There's certainly, again, these various institutes that have interest in various disorders that primarily impact women's health. There's also what's called The Office for Research on Women's Health, The ORWH, that is specifically focused on women's disorders, as well as sex as a biological variable.

Interviewer: Why do you think that it's important that we start looking at the different diseases and how they could be connected in some way? For example, between breast cancer, ovarian cancer, and endometriosis.

Dr. Halvorson: Probably the easiest one to talk about would be the link between endometriosis and ovarian cancer. It's simplistic, no doubt about it, but I think you can think of them as a continuum. You have normal endometrial function, which then becomes abnormal endometrial function, that is growth of that tissue outside of the uterus, endometriosis. Endometriosis can then become progressively more aggressive, if you want to use that term. It becomes so-called deeply invasive endometriosis, in which it has some characteristics, perhaps, of cancers. Then, that tissue can become really, frankly, cancer. I think, again, somewhat simplistically, we can think that there must be some molecular, cellular, genetic changes that are occurring in the tissue that get you from normal to benign abnormal, to cancer abnormal, so that these various specialties can learn from each other.
I would think we can learn from a lot of the advances that, we in the benign world can learn from a lot of advances they've made in the cancer world. Conversely, there's some reason why some of our benign disorders don't go on. Most of them don't go on and become cancers, so hopefully the cancer world can learn ways in which the body protects against this conversion, and perhaps use that in the future for therapies.

Interviewer: How do you take information like that, that is maybe slightly complex, and use it to get out to maybe young adolescent girls? How do you empower them with that information?

Dr. Halvorson: I think the most important thing that is unfortunately lacking, is I think a lot of young girls really don't have a good sense of normal. They aren't provided with good information through the school systems, through their parents, certainly not often through their friends or social media. Because they don't know what normal is, they don't understand what abnormal is, and they don't even feel comfortable talking about the signs and symptoms that they're having, even if they do recognize that something might be wrong, because in this society, we tend to teach them not to talk about this aspect of our bodies and our health, whether it be breasts, or ovaries, or menstrual periods. I think we just need to have a more open conversation beginning at a very young age.

Interviewer: Is there anything you'd like to add about anything we talked about, or anything that you addressed in the conference?

Dr. Halvorson: I don't think so. I guess the primary thing I would say is that we do need a lot of talk amongst scientists, cross-disciplinary talk amongst the scientists, whether it be endometriosis scientists and cancer scientists, basic scientists, and clinicians. I think at the population level, when you look at patient advocacy groups, they need to speak to each other. I think the breast cancer awareness initiatives have been hugely successful, and for example, the endometriosis groups, the fibroid groups could learn a lot about some of the approaches that they've used that have been so successful in getting the word out to the population, and getting funding for the science. We need some crosstalk at the population level, too.

Interviewer: Thank you so much for being here and taking the time to speak with us today. 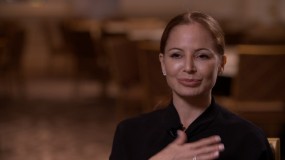