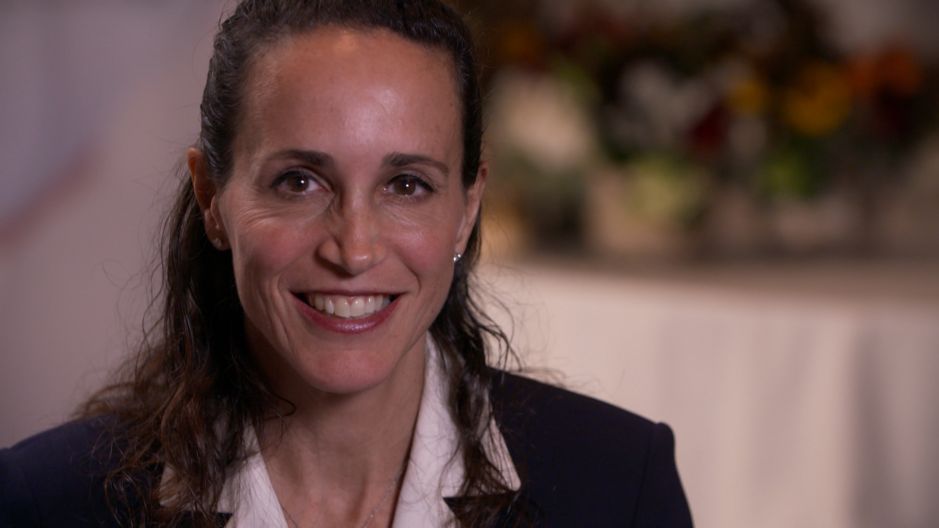 Interviewer: Dr. Stephanie Falcone Bernik, thank you so much for being here. You're with Lenox Hill Hospital Oncology, is that correct?

Interviewer: Thank you so much for being here. I just want to talk a little bit about ovarian cancer, breast cancer, and endometriosis and how they kind of all come together and are correlated. Just talk a little bit about how, when you're treating young women, how do you explain these three diseases in a way that isn't so scary for them?

Stephanie Bernik: If someone is coming in with breast cancer it's going to be scary, no matter what. I think that the more they learn about the disease, the better they feel about it, and I think that's probably the same with each disease. The more information you have the more in control you feel. With the women that come in, we sort of try to give them as much information as we can, and we try to educate them. With the education and the information they're able to sort of take control, and start making some decisions as to how they want to go forward.

Interviewer: You mentioned something that was very interesting to me. It was called the BioZorb, and it improves the outcomes for these cancer patients. Talk a little bit about that.

Stephanie Bernik: So the BioZorb device is made of actually suture material and surgical clips, and we use it in women that are undergoing breast conservation. So when you take out a certain amount of tissue, you leave the breast with a defect, and somehow you have to fill that defect, otherwise it's going to heal in a way that deforms the breast. So we can use Oncotype, we can use Oncoplastic techniques where we separate the tissue from the skin and rotate that tissue into the defect. The BioZorb device sort of helps us with that process. It gives the breast a little bit of volume, prevents a quick collapsing of the breast, the breast slowly heals, and although it does contract a little bit, it's slowly healing and you don't get the pulling in of the skin, which causes more of the distortion than actually the loss of volume.

In addition to that the BioZorb device really marks the area where the tumor was sitting, so in many surgeries you're causing all these planes to form, because we're moving tissue around, we're taking cancer out. It's sometimes hard for the radiation oncologist to know exactly where that tumor was sitting. When a patient is going to get radiation they not only get radiation to the entire breast, but they get a boost to the area where the tumor is sitting. This BioZorb device clearly demarcates that area, so the radiation oncologist can focus the last bit of that radiation to the tumor bed.

Interviewer: You also mentioned something that was very interesting to me as well, a lot of times when we hear about breast cancer and people having to have a mastectomy, or lumpectomy et cetera et cetera, there's some type of reconstructive surgery.

Interviewer: You mentioned something that was very interesting about something called spacers. Talk a little bit about how that works.

Stephanie Bernik: There are two main forms of breast reconstruction. One is where you ultimately end up with an implant, and the other is where you fill the space created by the mastectomy with tissue from another part of the body. If a patient opts for an implant it's usually, not always, but usually a two stage procedure. So when I do a mastectomy, the plastic surgeon is there, and he will put a spacer in the defect, or a tissue expander. That tissue expander stays there, and the patient goes to the plastic surgeon every two to three weeks, the plastic surgeon inflates that expander with saline fluid, and it slowly stretches out the skin, and the overlying muscle, so that we can have a protective layer and that when the expander comes out, we can put the implant in, and it can safely stay there. Skin alone is not enough of coverage, so you really have to create that space, so that a permanent implant can finally be put in.

Interviewer: Is there anything else that you think our viewers need to know about, that I haven't asked you?

Stephanie Bernik: Sure. In addition to implant reconstruction with tissue expanders, the other option is using the patient's own tissue. We create a space again, when we remove the breast tissue, and that space has to be filled. So if they're not going to use an implant, we can often take tissue from another part of the body and fill that space with the fatty tissue that we either get from the abdomen or the buttocks, or the thighs, and create a breast mound that way, and leave the patient with an excellent cosmetic result.

Interviewer: Thank you so much. I appreciate your time. 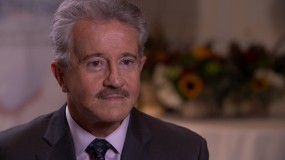 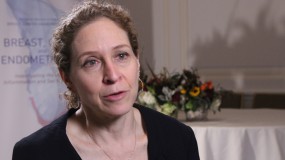