There are an estimated 200 million women with endometriosis worldwide. For the vast majority, the road to diagnosis, on average, can take up to a decade or more as the wait continues for a non-invasive diagnostic test that can definitively diagnose endometriosis. The Blossom spoke to women whose harrowing tales paint a clear picture of how the disease can ravage one's life when left undiagnosed and untreated, as well as the dire need for sweeping reform to women's healthcare. 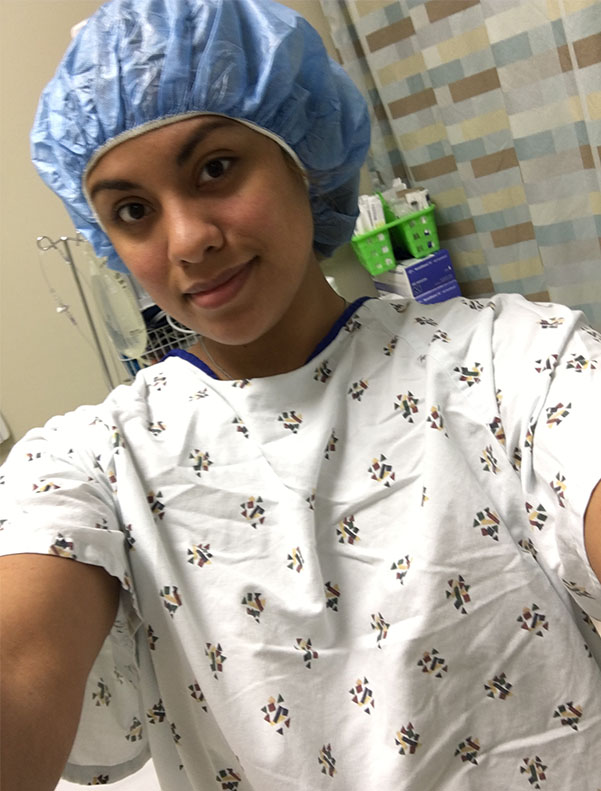 In 2016, Jessica Marie Brooks rushed to the hospital with a ruptured ovarian cyst. “I had cysts before, and I’ve been told, 'All women get cysts, they come and go,'" Brooks recalls. She remained hospitalized for one week as nurses gave her pain medication and antibiotics. Still, there was no mention of an endometrioma, or endometriosis-filled ovarian cyst. Upon being discharged, her health quickly deteriorated. “On the car ride home," she recalls, "I started to get really dizzy." Brooks says she ran a 102-degree fever and began hallucinating. After she rushed back to the hospital, doctors soon realized her grave condition. "The blood that leaked out of the cyst had gotten into my bloodstream and made me septic. So now I had a blood infection. That blood infection almost killed me. So if I hadn’t gotten back to the hospital that day, or had tried to treat the fever at home, that’s it, I wouldn’t be here.” She had an emergency laparoscopic surgery and doctors were able to save her ovary. After a 13-year delay in diagnosis, Brooks was finally diagnosed with Stage I Endometriosis.

Teresa Echeverria, 44
“I was under the assumption that there was nothing I could do.” 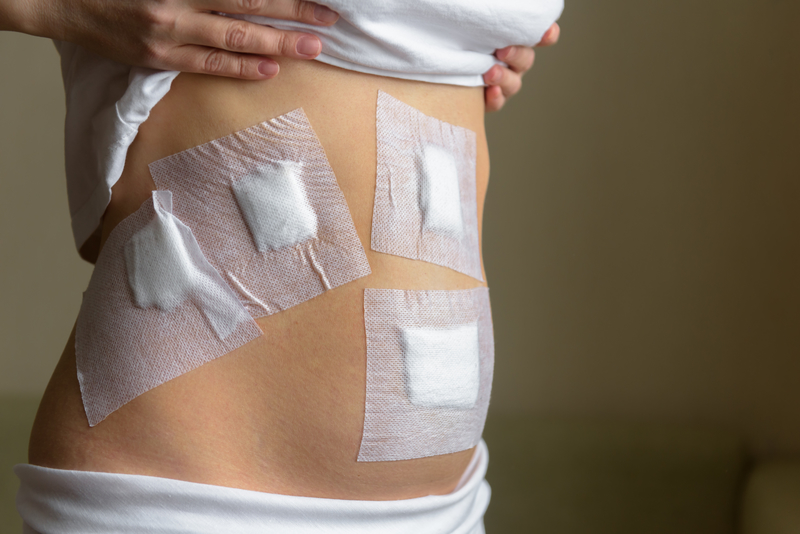 During a family trip to Colombia, Teresa Echeverria suddenly experienced bouts of vomiting, during what she would later learn was a nasty endometriosis flare-up. Her family reassured her that she caught a bug. When she returned to LA, her OB-GYN diagnosed her with a dermoid cyst, and another doctor operated on her twice to remove it. During her second surgery, doctors discovered she had endometriosis, but, "it was never disclosed to me," Echeverria recalls. Post-op, the pain continued, but another OB-GYN shrugged it off. "There’s nothing you can do about it," she recalls being told. "You just have to live with it.” It wasn’t until years later that another OB-GYN told her she needed another surgery. During that procedure, her doctor saw just how badly endometriosis had ravaged her anatomy. "It had completely displaced all of my internal organs," she reveals. Post-op, doctors told her she was infertile and diagnosed her with Stage IV Endometriosis, a full 18 years after that terrible flare-up in Colombia. "Even with the diagnosis, I didn’t receive any information," adds Echeverria. "It was like, 'Well, you have endometriosis. You can look it up online.' It was just kind of astounding. If I had been informed during my second surgery that there was endometriosis present,  I would have made lifestyle changes back then.”

Wendy England, 33
“I had no support from doctors, family or friends...” 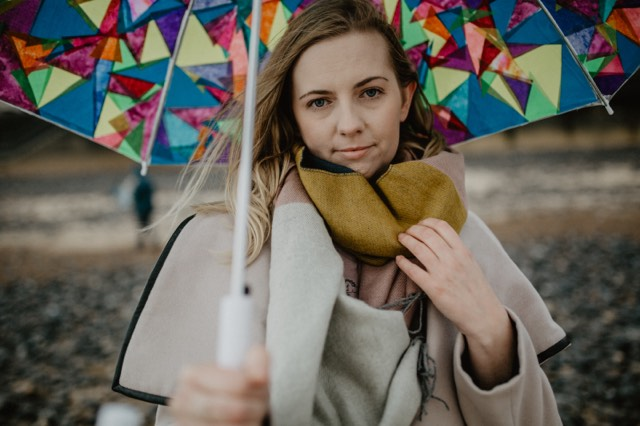 Wendy England, a barista from Norfolk, UK remembers being 14 and "doubled over" during her period, with cramps so intense they felt like contractions. “I was bounced back and forth between doctors and specialists," she recalls, and yet she still wasn't diagnosed. "I ended up in a lot of debt, suffered depression, severe anxiety and panic attacks and lost countless friends." After three years of pain so excruciating she would faint, "while trying to pass bowel movements,” she found an endometriosis specialist who performed laparoscopic surgery and diagnosed her with Stage IV Endometriosis, with suspected adenomyosis and ovarian cysts. England underwent an excision surgery and total hysterectomy for adenomyosis in 2017, 19 years after her symptoms first started. “Only now after nearly two decades am I starting to see what life can be like without persistent pain." She now supports other women with endometriosis with Project Patchwork, an online support group for women with endometriosis. “I had no support from doctors, family or friends when I was suffering—and I refuse for that to be the case for other women."

Lisa Fazio, 56
My doctor blamed my pain on my "eating chocolate and having tea," says Fazio, (bottom row, center) 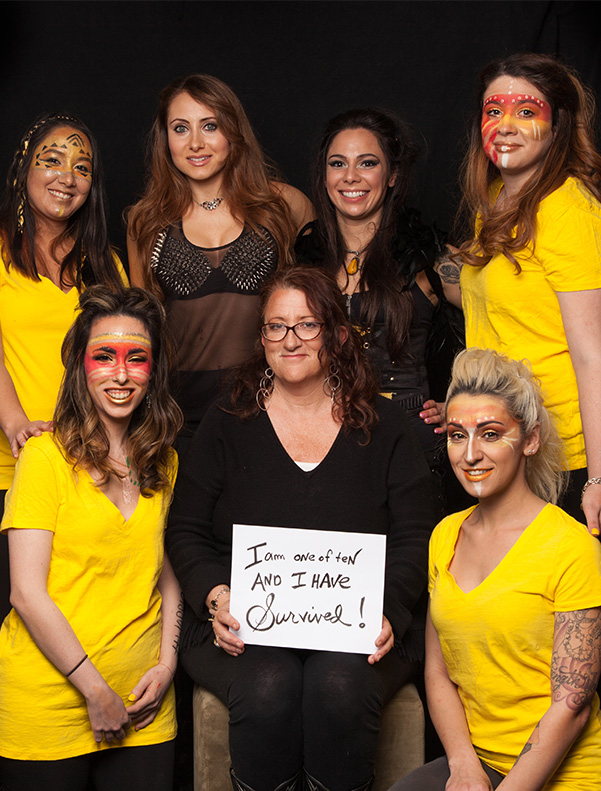 Lisa Fazio's endometriosis made taking her children to soccer practice an impossibility. "I would drive my children to soccer events, and I was not able to drive them back because my legs would be numb," says Fazio. At age 40, "My ovaries were wrapped around my back, and my endometriosis was choking the nerves in my back." She spent the next nine years looking for answers from gynecologists and back specialists alike. Fazio recalls one doctor blaming the source of her pain on her penchant for "eating chocolate and having tea.” Fazio states that she eventually got diagnosed with Stage IV Endometriosis and decided to undergo a hysterectomy. Today, she says she lives a mostly pain-free life. “The fact that I was having trouble bending [before]," she shares, "then after the surgery that my back felt phenomenal—I was shocked."

—With reporting by HARRISON KRONFELD

Here's What You Need to Know About the #WeMatterACOG Protest