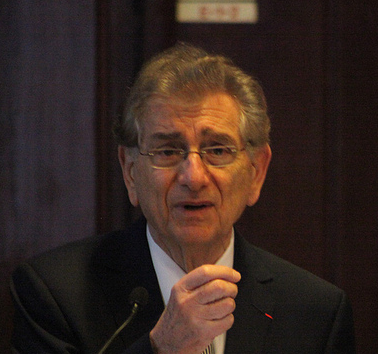 Endometriosis Foundation of America
Endometriosis 2013 / What is the Greatest Gift I Gave to My Daughter?
Victor Gomel. MD

One was 50 years of age in 2002. She has the opportunity, me unfortunately, to live 35 more years, so 85. So you can see there is constantly increased aging.

Let's look at the first child born to US women, meaning you ladies. As you can see the proportion was 5 percent in 1975. And it is 40 percent in 2010. So women are having their first baby increasingly at an older age - very important. If we look at ladies who are having their first baby at 35 and over, to 40, the increase is 50 percent between 1981 and 1999. I do not have the current data, I could not find it but from 40 to 45 years there was a 75 percent increase between 1981 and 1995. That says a lot. In summary, women probably will live increasingly longer, they will stay in the work force longer and continue to delay child bearing. What are the consequences?

If we look at fertility, as you can see, there is a tremendous decline that occurs at this point - 35 years of age. It goes down very, very rapidly. And obviously, in the likelihood of infertility it goes exactly in the opposite direction. This is all to do with what nature did to women. Nature did not want women to have babies late in life, reproductive life, because the human being when born is useless. It needs nurturing for a very long time. And remember, when nature was nature and we did not modify nature with antibiotics, good food and so on, people died at 40. We did not live till 80 or 90 years of age. Therefore, as you can see the number of follicles that a baby girl has in utero is in the millions. But they will all be decreased by the time they are born. The decrease continues in a very geometric way and that means very, very rapidly until you come to when you are born. You then have two to four million, and by the time you get to menstruation you are down to 400,000 more or less. And it continues to decline afterwards. The aging and decrease of those follicles is an important factor to what I have so far shown you - a logarithmic drop in number of follicles and marked decline in oocyte quality.

At the same time as you can see, as age increases, the proportion of spontaneous abortions, losing the baby, increases as well. This is largely due to the decreased quality of the eggs, and this is the same reason for which the chromosomal anomalies increase.

If we look at in vitro fertilization, which actually is a lab experiment and tells us a lot, this, when it started, was the first survey that was done. You can see it is about 30 years ago. You can see that the success rate was exceedingly low. In the 1990s the results improved gradually to, as you can see by 2003, they were at 28 percent and that was maintained. We reached this plateau in the United States. But this is not the case in other countries. We put in a lot of eggs, a lot of embryos and we get better results. We have exceeded what IVF, what natural fertility produces.

If we look here we can see that in this very classic study that in the first cycle of trial and second cycle of trial there is about a 30 percent chance of achieving pregnancy. You can also see a decline afterwards - very interesting because if fertility is good we can achieve pregnancy fairly quickly. But then there is a natural process for losing a pregnancy because fortunately nature removes the bad egg. If we look at that you will see that the live birth rate in two successive cycles would be about 20 percent. Then there is a détente.

We have exceeded with IVF in terms of success in nature. But even with IVF, if we take 28 percent as a mark and if the success rate were to remain the same in three successive cycles, we would end up with a pregnancy with a delivery... cycles of about 50 percent. But remember, even with IVF three cycles will only be a 50 percent outcome, or a little more or a little less depending on the ...

What is also very important - you know this is just general information I like to give you - look here, this is a recent make up from the US. You will see here that younger women have a higher success rate, under 35 we think; you will see here 35 to 37 a decline, between 38 and 40, and a very significant decline afterwards 41, 42, and here 43, 44 and after 44. I want to show you on this graph something that is very important as well. You will see that the proportion of those under 35 was only 39 percent and those over 35 we are looking at 61 percent. This is also proof that we have an aging population productively having their first babies.

This is a very important social issue. This is why we have to educate people about age related infertility. The optimal time of conception is under 35. Actually, if we look at nature itself it is between 20 and 25. That is when nature expects a woman to have her babies. Also, we have to educate people about the mutations of ART in age related infertility, and the need, obviously, to maintain a healthy lifestyle.

There are other conditions and fertility issues, for example a malignancy; a malignancy that requires a woman to have radiation in the pelvis, or to have anticancer drugs that affect the follicles in the ovaries. There, you know, we have to again seek means of preserving fertility. Decreased ovarian reserve; we are getting more and more positive at guessing a woman's ovarian reserve and what we can do in the long term. There are some very interesting studies going on for that. Decreased ovarian reserve may be genetic. We will probably be able to tell what the best need of various individuals is in this regard and obviously it may be resulting from surgery on the ovary. As you know, endometriosis could affect the ovaries and surgery on the ovary will very likely reduce ovarian reserve. Maybe what I am about to tell you is also applicable to these conditions.

Preservation of fertility starts at first with embryo cryopreservation. Embryo cryopreservation actually, as I will show you, is much more efficient today but requires a woman to have an oocyte already fertilized. If she is not in a permanent relationship she may not want to do that. The other option is he came a little earlier and cryopreservation of ovarian tissue is a more complex situation. Obviously there is the issue of donor oocytes, which is not legal in many states or countries. There is also gestational surrogacy, which I will not talk about obviously.

What I want to point out as very important progress is cryopreservation of the oocytes. This is where we are at today and we will just consider principally embryo cryopreservation and not of the oocytes. If we look at this study, which is quite recent, this lady, Ana Cobo has done a lot of work with cryopreservation and ovaries and has been publishing since 2006 and 2007. Look here, these are an ovum donation program. It is just like doing lab work ... They take those oocytes from the same donors, some are vitrified and some are used fresh. You will see here the fertilization rate is the same. In vitrified, which means frozen by vitrification, eggs are used after being thawed. Then there are the ones that are used just when the donor produces them. If we continue to look at these results we see that of the number of embryo transfers the rate remains exactly the same, 90 percent. Of the number of embryo transfers, mean embryo transfer, around 1.7 embryos get used, some get one. The implantation rate of these embryos is exactly the same. So is the ongoing pregnancy rate. To achieve the same outcome between eggs that are cryopreserved by vitrification and fresh eggs is really a miracle. This is real data.

Just look at another study. Again, the same center, not published yet - three publications. You have here 3,150 warming cycles in which 6,000 in vitrified embryos were thawed and used. They used the vitrified oocytes, created embryos and some of them were kept. The embryos were vitrified in this instance and look at that - 95 percent of the embryos survived thawing. These were transferred to 3,000 patients. Mean embryo transfer 1.6, implantation rate 35 percent, rate of ongoing pregnancy was 32 percent and delivery rate was 32.5 percent. This is an incredible result because this is what we obtain with fresh IVF and in the best circumstances. Cryopreservation has really changed...

And here, one more study of vitrified embryos from vitrified oocytes compared with fresh oocytes. You can see here 471 warming cycles with 796 cryopreserved embryos derived from vitrified oocytes. These were compared with 2,629 warming cycles of 4,394 cryopreserved embryos derived from fresh oocytes. Here you see you have two vitrifications in the first instance and only one in the second instance. When you look at the data you see that the embryo survival rate is the same and the delivery rate is the same.

We have to preserve fertility either with cryopreservation of oocytes, or in instances when the woman has a credible partner maybe with embryos, depending on the condition. And this, I believe, was the best gift I gave my daughter. I was able to secure, to ensure her future fertility.

Ladies and gentlemen, thank you very much. 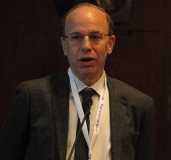