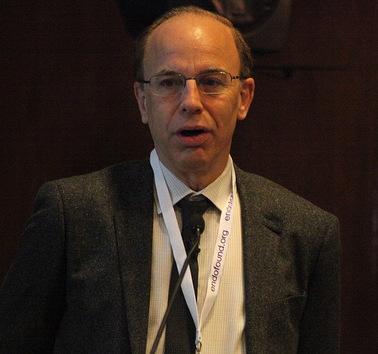 Good morning and thank you very much for inviting me to speak. It is a great, great honor to follow Victor Gomel, who is very humble but, in fact, has made a huge contribution in our field. Not necessarily what he showed in his slides but actually in micro-surgery, very advanced. Not only advanced fertility treatment but he really was responsible for the realization of fertility in so many desperate patients who flew from all over the world to be operated on by him in Canada.

I would like to take you through kind of my vision of what I think egg freezing has done, and that kind of comes right into where Dr. Gomel has ended. Women with endometriosis are stuck between the hammer and the anvil because while living with pelvic pain they grow up to be mature women and have to worry about their fertility. Currently in America there is a situation where on the east coast there is an excess of single women, there are over 200,000 - that is in red. If you want to go for the excess guy area you have to move out west; however, I do not promise that all of these guys are straight so that makes a difference.

This is question number one: I always feel that there are switches in a woman's brain. The woman has to be in control of it. I will describe several of them today. The first one is, "Should I get pregnant now or later?" If you think about oocyte cryopreservation it is a decision made by a woman that she will get pregnant later. Of course, at freezing, it extends your productive potential. These are some of my team of embryologists. If you look at the history, and Victor went through that a little bit, look how long it took for us to actually have egg freezing as a viable option. Sperm freezing since 1953, embryo freezing since 1983 and then in 2005 we started seeing the work of egg freezing, but I would say at that time it was not very successful either.

What makes the egg so difficult to freeze? The egg has relatively high water content and there is a risk of ice formation. Ice crystals damage the spindle and the structures, those structures can cause DNA damage. I actually, purposefully, took a lot of the science out of my talk because they told me there would be mainly patients here and the way this crowd looks it looks more professional, so I apologize but I think Jamie Grifo will complete that picture.

I do consider egg freezing a milestone in the liberation of women. The very first one was oral contraceptives preventing having children with Margaret Sangers' work among others. It came from a woman in 1960. The second milestone was actually Roe vs Wade and the ruling of the Supreme Court in 1973 allowing women to take further control over their reproduction. I consider the third milestone to actually be donor eggs. This has to do with what Victor said...one step further when he said that nature did not mean for women to get pregnant when they were older. He also had a slide about life expectancy and you have to combine the two because life expectancy for women in the old days was not much than 40. How could nature, or biology, have planned for women to become mothers if they were about to die as they were having children? What happened is that the body has now managed to live longer but the ovary has not. There has been pretty much a doubling of life expectancy due to medical advances, improved lifestyle in most parts of the world, not all of them, but yet, the eggs did not budge. What happened with donor eggs, actually the first baby was already in 1984 and as we come...way of treatment is that it has extended the possibility for women to bear children but we have kind of bypassed that biologic phenomenon by saying, "You know we'll use someone else's eggs". Milestone number four I believe is egg freezing because that is the ultimate reproductive emancipation of women, having a baby later in life from her own DNA.

Why freeze your eggs? Why not try to get pregnant now? Maybe the picture on the right kind of tells you part of the story. Obviously women have to juggle their careers. When the lining is developed - when you do a fresh donation and the endometrial lining is not so good, you may not have a choice but to transfer or freeze the embryos given the endometrium is sub-optimum. The approximate cost of an egg bank cycle is about $20,000, please do not hold me to the dollars here, but it includes pretty much everything except for cryo storage of additional embryos. It is pretty inclusive and it is also, of course, donor friendly. We always think of our donors when we do the first cycle. We do not like to over stimulate them, we should not. We have to take care of them and they really donate to the bank, they donate to the recipient. The advantage of donor egg banking is that it is cheaper by about $10,000 or more than traditional egg donation. There is immediate availability, easier logistics and potentially it is safer. This has not been really figured out yet but if you think about the fact that we have the whole quarantine thing with sperm donation can eggs carry anything, infectious disease wise, and is it wise to freeze it and to retest the donor?

This is what you will see; that the egg bank will actually have an inventory that you can look up. It will show you pictures of those donors as children, not as adults, so you know what your child will look like. Hopefully, if it is a beautiful child it will not turn into an ugly adult.

This is the egg bank that we use, it is actually from Atlanta, and it is called My Egg Bank". These are their results. You have seen before results of egg freezing and the donor egg freezing data from Cobo from Spain. It is pretty much parallel to the results of Peter Nagy the embryologist that has had fantastic results in Atlanta and we work with them. They even have great results on single embryo transplant. This compares single and double embryo transplant. You see pretty much a pregnancy rate across the board of over 60 percent with egg freezing. That is pretty phenomenal. We do feel that this is, sorry for the little infomercial here; this is a very affordable way of doing donor eggs.

This cartoon says, if you cannot read it, the parents, "We have chosen sperm from the genius sperm bank and we chose the egg from a professional model", and the baby says, "Why would I want to have anything to do with you stupid, ugly people?"

To sum up, egg freezing represents a major landmark in women's reproductive freedom, and allows young women to preserve their fertility without compromising on finding a mate. Pregnancy rates are similar to thawed frozen embryos and even to fresh IVF cycles. Donor eggs are a highly successful option for women who have reduced, or lost, their fertility potential. The egg bank is the easiest and most affordable option.

To finish, I do not know how many of you were sick on the week that they taught Pharaoh's dream and Joseph had to interpret it in the Bible. If you remember he dreamed about the seven fat cows and then the seven skinny cows and he said, "What the hell is that?" Joseph interpreted it as that they were going to have seven fat years where the crop would be great and they would be able to store up. And then, when they came to their skinny years, their years of famine, they would have this stored crop. Joseph of course was made in charge of that so he built a whole career from it. If you think about it, egg freezing in a way is storing up for those later years where the ovaries are in famine.

That is about it, thank you very much. 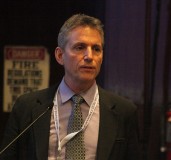 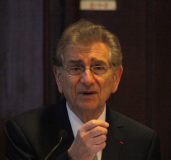 What is the Greatest Gift I Gave to my Daughter? - Victor Gomel, MD