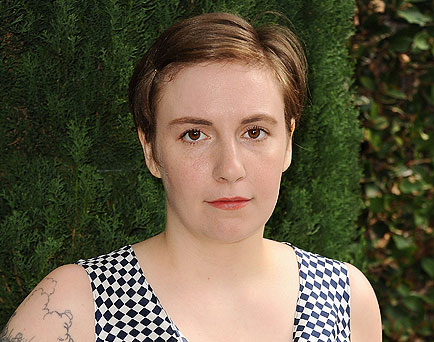 Lena Dunham is opening up about the painful struggle with endometriosis that forced her to lose "all trust in or connection to" her own body.

The Girls star chronicles her symptoms of nonstop vaginal bleeding, cramps, chronic exhaustion and severe mood swings in the eighth edition of her newsletter Lenny Letter.

"From the first time I got my period, it didn't feel right. The stomachaches began quickly and were more severe than the mild-irritant cramps seemed to be for the blonde women in pink-hued Midol commercials," writes Dunham. "Those might as well have been ads for yogurt or the ocean, that's how little they conveyed my experience of menstruating."

Her symptoms went undiagnosed all the way through college and the production of her first season of Girls. Not knowing that she was suffering from the disorder – which causes the lining of the uterus to grow outside of the uterus – brought even more pain.

"If my pain had no tangible source, that just meant my mind was more powerful than I was and it didn't want me to be happy, ever," she says. "I saw myself divided like a black-and-white cookie into neat halves: one bright and ambitious, the other destined to wind up strapped to a gurney and moaning for pain meds."

It wasn't until the actress's longtime producer friend Jenni Konner introduced her to Dr. Randy Harris, calling it "the moment my life changed." Harris performed laparoscopic surgery to diagnose Dunham, who eventually decided on monthly injections to control her symptoms.

Though Dunham says she initially feared people finding out about her diagnosis and deeming her weak, the disorder has actually made her more in tune with her body.

"I am strong because of what I've dealt with. I am oddly fearless for a wimp with no upper-body strength," she says. "And I am no longer scared of my body. In fact, I listen to it when it speaks. I have no choice but to respect what it tells me, to respect the strength of its voice and the truth of my own."
Source: http://www.people.com/article/lena-dunham-endometriosis-lenny-letter