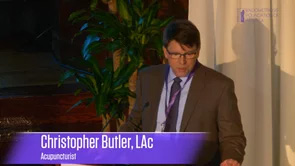 First of all I would like to thank you for allowing me to be a part of this conference. It is an honor to be here. I want to talk to you a little bit about acupuncture’s role in the treatment of endometriosis. I would like to begin a little bit by talking about what acupuncture is and what an acupuncture treatment involves. A lot of people really are not that familiar with it. A lot of people are very scared of it, “Oh my God, I don’t want needles to be put into my body”. But it can be a very, very useful tool in treating the symptoms and the effects of endometriosis.

Probably the most important part of acupuncture is when a person comes in and Sallie mentioned this with doing pelvic PT, is that I spend an hour to an hour and a half with each patient when they walk through the door, doing a really comprehensive health history, looking at blood work, asking them many, many questions about whatever they are coming in complaining about. I have had many patients come in that had no idea they had endometriosis and referred them into the city to an excision surgeon where they were diagnosed and subsequently treated. It can be a very useful tool in investigating what is wrong with the body on a very deep level. I go through diet with people, I go through lifestyle with them, I go through nutrition so I can involve Chinese herbal medicine. It can involve supplements as well as lifestyle, getting enough rest, things like that that can affect the inflammation that occurs with endometriosis.

As many of us are aware endometriosis is a gynecological condition that can have a long list of debilitating symptoms that often fall outside the strict definitions of gynecology. Sometimes the endometrial lesions drive symptoms that affect the function of the bowels and the bladder. Acupuncture is extremely effective at treating interstitial cystitis. I have treated many, many cases of it very successfully. It can affect mood and cognitive function as well as drive pain in areas that are normally associated with classic dysmenorrhea. One of the presenters earlier on had mentioned that sometimes she likes to see the people she refers fall asleep on the table. What is going on there is that acupuncture needles are actually helping to balance the sympathetic and parasympathetic nervous systems of the central nervous system. What that does is it allows the body then in some senses to heal itself.

So what does an acupuncture treatment consist of? A person will come in. We usually lay them down on the table and I will put in a series of needles. It could be ten it could be twenty. These are points that have been identified through 2,000 years of study in Chinese medicine that affect various parts of the body. A number of these points have been used to treat gynecological conditions such as heavy bleeding, infertility, symptoms associated with endometriosis, specifically pain. I have treated quite a few cases of pelvic floor dysfunction using acupuncture, using needles, electric stimulation attached to those needles. It can be very effective. Acupuncture’s probably biggest claim to fame is the treatment of pain. It really helps to do this by reducing inflammation.

This inflammation becomes systemic and it affects a variety of tissues in the body. What I try to do is I try to eliminate not just use acupuncture but try to find what sources are driving this inflammation in this person. I go through diet. I talk about diet with almost every one of my patients extensively. Get them onto with the former presenter was talking about when she was talking about getting them onto an anti-inflammatory diet. I found this to be probably one of the most valuable tools that I use.

Acupuncture works by stimulating the body’s own inherent mechanisms for regulating inflammation. It has a long history of successfully treating pain due to inflammation. If I have a woman come in and she is complaining of pain with her period I am usually going to go over with her an anti-inflammatory diet and I am going to prescribe a certain number of acupuncture treatments, which will almost all the time reduce the level of pain that she is experiencing on a monthly basis. If I really feel that the symptoms of the situation merit a referral to an excision surgeon I will do so and I have done that many times successfully.

Acupuncture can also be successful in the treatment of depression, anxiety and emotional imbalances. Many times of course as you know these are associated with endometriosis. Additionally, acupuncture has been shown to improve outcome for live births in women have difficulty conceiving. This includes both assisted reproductions such as IVF and IUI as well as non-assisted cases. I have helped several hundred women over the years get pregnant who were not able to get pregnant. Sometimes using assisted reproduction and sometimes not. It really depends on the situation. But it can be a very useful tool to use in conjunction with things such as IVF and IUI.

What this demonstrates is the body’s ability to help regulate the endocrine balance and the timing. It works by the signaling that comes from the hypothalamus in the brain and how it signals the ovaries. A lot of women come in with irregular menstruation, that type of thing. Usually one of two months of acupuncture, one or two cycles and the woman will usually have quite a regular cycle.

Probably one of the most valuable aspects of the acupuncture visit is the time and the education regarding self-care provided the patient. I cannot stress this enough I really believe that our modern society as much as endometriosis is not caused by our modern society much of the way we live our lives, particularly the way we eat, has a huge impact on how well people heal from this debilitating condition. Clearly there are a variety of individual variables that affect the symptomatology associated with endometriosis.

The average acupuncture visit lasts anywhere from 45 to 60 minutes. Much of the time is spent talking with the patient regarding lifestyle factors such as diet, sleep, etc. and extracting a detailed health history that can identify the many factors that negatively affect the symptoms of endometriosis. One of the things I have added to my repertoire is what is called function blood chemistry. I work with a physician and we usually get a blood draw done and I will look at all the different things that can potentially affect the body. Not just hormones. It could be, you know, some people are slightly anemic, some people have the beginnings of insulin resistance. I educate the person by showing them what is going on in their blood work and what they can do to change it. This is about – it is your body, I can help you, but I cannot fix you. I am not a mechanic. It is not like you are dropping your car off to me and I can fix your car. You need to participate in this. That is a big part of what I do. I think that is an important part of acupuncture because you spend so much time with the patient and you become in a sense their coach as well as well as their practitioner.

When choosing an acupuncturist to help with the treatment of endometriosis and its related symptoms it is best to choose an acupuncturist who is a fellow of ABORM. ABORM is a group of us. It is an accredited Board founded in 2007 called the American Board of Oriental Reproductive Medicine. We have done extensive study. We sit a six hour exam before we are accepted onto the Board. We have done extensive study in the treatment of gynecologic conditions including endometriosis but we focus primarily on infertility, however.

The American Board of Oriental Reproductive Medicine can be found online and every fellow must pass the six hour exam and complete 60 CEUs every two years studying the use of Oriental medicine in the treatment of infertility and Women’s Health. ABORM fellows are well versed in both eastern and western approaches to women’s health care. We are very familiar with for instance excision surgery or assisted reproductive techniques, etc. and they are far better qualified than your average acupuncturist in addressing issues related to endometriosis as well as communicating with gynecologists and reproductive endocrinologists. We have a far better understanding of the physiological mechanisms and treatment strategies for endometriosis than non-specialized acupuncturists or non-ABORM fellows. More importantly, we understand the role and the importance of excision surgery and other conventional treatment modalities.

A lot of acupuncturists feel that because their medicine is so old and traditional, shall we say, that they are very often anti-medical establishment and I do not believe in that at all. I think you use the tools that you need to make the person better.

Fellows of ABORM can be located online at aboprm.org if you are interested in finding an acupuncturist. There are number of ABORM fellows in New York City, a number in New Jersey and Connecticut as well. Thank you very much. 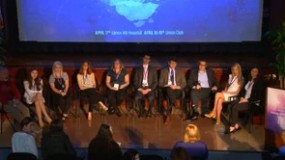 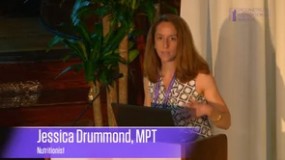