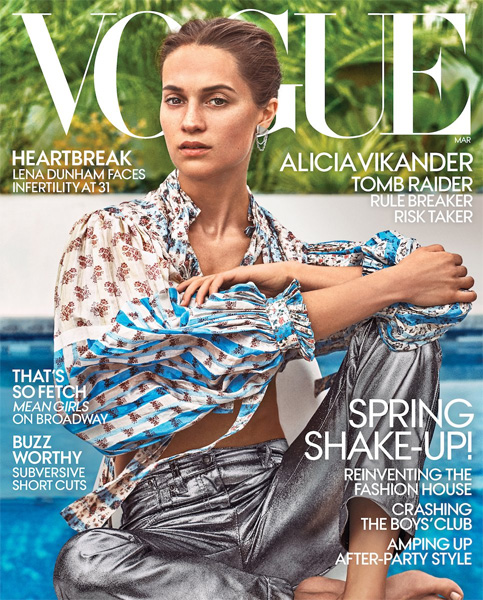 Actress Lena Dunham says that in recent months she underwent a total hysterectomy in an attempt to finally end her years-long battle with chronic pain stemming from endometriosis.

A total hysterectomy involves the surgical removal of a woman’s cervix and uterus.

In an essay featured in the March 2018 issue of Vogue, Lena reveals that, after the procedure, she awoke to learn her reproductive organs were even more mangled than she had known. “In addition to endometrial disease,” wrote Lena, 31, “an odd hump-like protrusion and a septum running down the middle, I have retrograde bleeding, a.k.a. my period running in reverse so that my stomach is full of blood. My ovary has settled in on the muscles around the sacral nerves in my back that allow us to walk. Let’s please not even talk about my uterine lining. The only beautiful detail is that the organ—which is meant to be shaped like a light bulb—was shaped like a heart.”

Lena says her decision to undergo the elective surgery was a tough one, following “years of complex surgeries measuring in the double digits” and even alternative treatments like “pelvic floor therapy, massage therapy, pain therapy, color therapy, acupuncture,” and yoga.

Lena has been hospitalized at least three times in less than a year for endometriosis. Last April, she underwent surgery to free her ovaries from her rectal wall. Afterward, Lena declared she was endometriosis-free. But, sadly, on May 1, during her appearance at the Met Gala in NYC, she was rushed to a local hospital for complications. Days later, Lena canceled her nationwide “Lenny IRL” tour, telling fans that she was, “in the greatest amount of physical pain that I have ever experienced" after doctors discovered more endometriosis during subsequent surgery.

With her hysterectomy now behind her, hopefully, the worst is over for Lena. The former Girls star recently announced that she'd return to HBO with a new series, Camping. But perhaps she'll soon share even happier news: Lena reveals she’s determined to have children and is already exploring her options.

“I may have felt choiceless before, but I know I have choices now,” she writes. “Soon I’ll start exploring whether my ovaries, which remain someplace inside me in that vast cavern of organs and scar tissue, have eggs. Adoption is a thrilling truth I’ll pursue with all my might.”

The Experts Weigh In: Is a Hysterectomy an Effective Endometriosis Treatment?