Jala Smith started an Endometriosis Awareness Week at her high school, where she sold yellow ribbons and presented information about endometriosis to over 100 students.  Learn more about her fundraiser for Endofound! 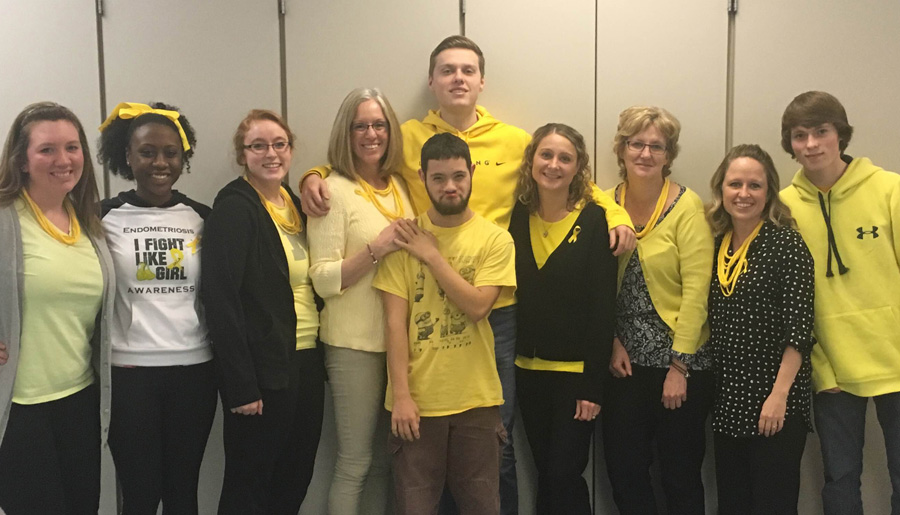 Jala: Beginning March 14th I held a weeklong fundraiser at my high school. I sold yellow ribbons during lunch for any donation price and on March 16th we had a yellow out day where everyone in the school wore yellow. I also held a seminar and presented to 100+ kids, both male and female.

Endofound: What kind of impact did your event have in your local community?

Jala: So many girls have no idea what endometriosis, ovarian cysts or anything like that is. It's sad because some girls could have endometriosis, or something similar, and they would have no clue because they think what they are going through is normal. I believe that my fundraiser was a major eye opener. Now people realize that although my disease is invisible, it still exists.

Jala:I had planned an Endometriosis Week at my school (located in Michigan) and I wanted to send the proceeds to a foundation. Endofound was a major help to me during my fundraiser.

Jala: I believe that it's important to support Endofound because you never know who you could help. I believe that any amount of money can help and supporting this condition is essential.

Jala: Awareness Day is important because endometriosis is not a common disease. Not many people, or women specifically, are aware of the disease. When anyone does something to get the message out, it is important and means a lot especially to someone like me who battles the disease daily. 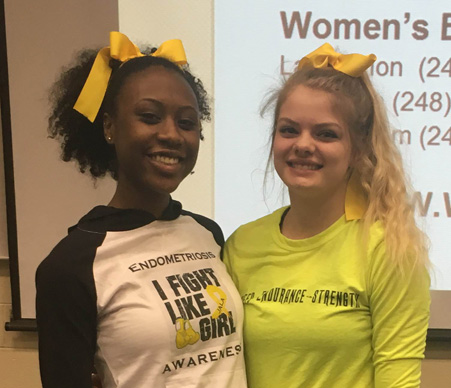 Jala: It was suspected I had endometriosis at the age of 10 (started my menstrual cycle at 10) but I didn't have my first laparoscopy until I was 13. I had an ovarian cyst before I knew I had endometriosis and, when I had my first procedure for endometriosis, we found out I had a very severe case. I will be 17 this year and I will be having my 4th surgery in August. I fight this disease daily but it only makes me stronger.

Jala: Endometriosis is a painful disease that can't be seen. Many people realize that if you have the disease you are a strong soul. This is because it's not easy getting people to understand your situation if they can't feel for you and since you can't see the disease many don't feel for you. But, that's changing because people are now becoming educated.

Jala: My advice to anyone who wants to volunteer for Endofound is DO IT! Any support is needed and welcomed! We appreciate it so much!