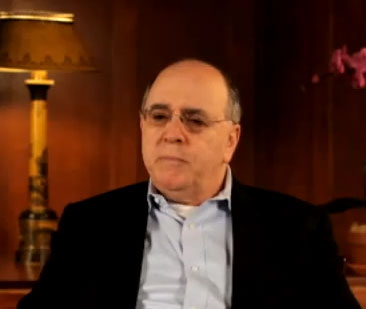 Now I will introduce you to Dr. Arnold Wilson whose expertise is clinical psychology. Arnold specializes in endometriosis patients, their pre-operative care with me. Today he gave a beautiful presentation of the psychology of pain and endometriosis and mind.

Arnold Wilson, PhD: Endometriosis is a relentless disease. It is a disease that is distinct, is, in my judgment, unlike any other disease although, unfortunately, it has been mischaracterized as similar to other diseases, such as post-traumatic stress disorder and various others. I do not think there is anything quite like the way in which a woman lives with the fear that this disease will never go away. It paralyzes their ability to function; it impairs their reproductive and pleasure capacities. There is no guaranty that any woman will ever recover from it and the disease has a propensity to appear and reappear at the worst possible times.

Many women feel, and are placed in, situations of remarkable isolation by this disease. It is not easy for a woman in chronic pain to convey to someone else what that experience of pain is like. Oftentimes the bid to communicate the distress is met with either disbelief or even worse, false and hollow reassurance. To reach a woman with endometriosis I think the first task is to convey to her that she is believed; a second task is to convey to her that she can be known.

Oftentimes when we are with a patient we wait for them to take the lead in conveying to us what their internal states are like. With endometriosis oftentimes we have to force the issue. We have to lead the way for them. In part because many women with endometriosis have a history of misdiagnoses; they have had experiences in which trust has been destroyed. It is no accident and it is unfortunate that they have no reason to believe in, and trust, this particular doctor at this particular time.

One thing I have found, which quite surprised me, is that most women with endometriosis who have been under its gun for a prolonged period of time can look back and identify the time, the day, the moment and the reason why they passed over from feeling as if they were a person in pain and distress into a kind of a zone into a place where they shut down, where they feel as if isolation is their only defence. I have found it instrumental, in terms of interviewing, speaking with women who have endometriosis, to convey to them that I understand that place that they are in, that withdrawn, secret, terrible place.

Once a woman understands that and it is legitimized they have the sense that they can feel that way and that feeling that way is expectable, then they feel much more empowered to be able to step outside, to come back into a world where the features of which we simply assume to be the case.

What I would emphasize is that what comes along with endometriosis, its psychological manifestations, should not be recognized as some variant of personality psychopathology. We have had endometriosis with us for many, many decades, probably hundreds of years. At the turn of the century the term “hysteric” was used to describe many women who probably today we would understand as having endometriosis.

So the issue of endometriosis becomes a concern at the intersection of a legal definition, psychiatric classification and feminism. Perhaps one of the reasons it has been ignored is because no particular movement or way of thought has ever claimed it as its own. The important thing that is to be stressed is that it is not something that a woman should be ashamed of, it is not something that a woman should feel entitles her to be considered crazy by anyone. Knowing that I think can empower someone to seek multidisciplinary help. Help from surgery, help from a pain physician, help from a surgeon and so on, all the different ministrations which we are able to deploy. 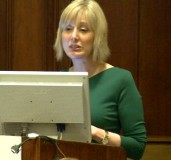