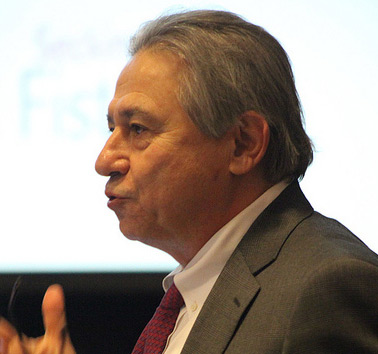 This little piece from the Sociological Journal got my attention, it is one of the most beautiful way of expressing female version sociologist, "No one agrees except for those of us who have it; endometriosis patients as an epistemological community". Emma Whelan is a sociologist. I called her and talked to her. I said, "Emma please open this up for me and she wrote me back. I did not know what epistemology was. It is a theory of knowledge with regard to its method, validity and scope. Emma wrote back to me, "Dear Tamer, good to talk to you today. You asked me to write a paragraph about my mother and how I came to study endometriosis. Here it is. I hope it is helpful".

"I am the daughter of a woman with endometriosis. My mother taught me what pain was - not so much from words, which are always inadequate anyway, but by showing me. I remember the trip to Spain when I was four, much of which she spent curled in a ball on her hotel bed while my dad took us out to explore in the sun. I remember the visit to a busy beach in Lake Winnipeg when I was eight - my mother's utter humiliation her crying as she walked back to the car, towel wrapped around her waist..." It goes on, let me just put proceed her but it says, "Under my mother's tutelage I learned not to be the nervous type, especially not when I met with doctors; and I learned to suggest endometriosis and to push for diagnosis when I had chronic pelvic pain in my 20s. My doctor listened and my life has been very different from my mother's. What strikes me as a sociologist who now studies endometriosis is that, incredibly, 30 years after my mother's hysterectomy so many women tell stories like my mother".

Unintended consequences or unanticipated consequences this is the sociologist Robert Merton's way of looking at it: ignorance; error; immediate interest which may override long term interest; basic values may require or prohibit certain action even if the long term result might be unfavorable; self-defeating prophecy. In this paper Merton wrote a book on the history of analysis of unintended consequences but it remained unfinished when he died in 2003.

For our scope of talk, for women, what are the unintended consequences of how we manage and handle socially endometriosis and the lost decade of very precious and most productive lifetime. I have trust in trust in social sciences and it is going to be social scientist that is going to save us, not doctors. They will give the message in a way the voices of people and their sheer numbers will be heard. Everything does not have to be economical. It does not have to make economical sense to make sense and have an impact on the way we make policy. In the end the social fabric of who we are, who our children will grow on will be among these mothers and the sufferers who are not addressed like similar things, like endometriosis also.

Medically speaking it is IBS, it is pain medications, birth control pills, Lupron, ablation, fulguration, oophorectomies, hysterectomies, bowel resection, bladder resection and appendectomies. I will get to this right now.

Out of 400 cases, a little over, in the last four years we have more than 36,000 excision surgeries from 2009 to 2013. But the first two years of the study, investigation, I looked back the first two years. This was done before. We looked at 197 endometriosis cases I operated on; I looked at their history. These patients came to me with these about 200. Only 74 percent had laparoscopy. Fifteen percent had laparotomy. And 11 percent had both. Most of these patients had laparoscopy some significant had both laparotomy and laparoscopy. When you look at their procedures conservative diagnostic operative laparoscopy was done on 113 of them, bowel as they came to me with previous bowel resection they came to me with previous hysterectomy or previous oophorectomy.

When you look at the conservative diagnostic surgery that is so-called, 32 significant percentage, almost 90 percent was not excision surgery. A significant percent of them just was diagnostic laser and cautery surgery. Well look at the hysterectomies, of 32 hysterectomies that came to me 22 of them had supracervical hysterectomy, and they had oophorectomy, two of them had BSO, they retained the uterus and 11 of them had previous bowel surgery. I did not count appendectomies. In every one of these cases as we have been talking today endometriosis is a multi organ disease. It is not unique to the uterus, it is not unique to the ovary, it is not unique to the bowel. A bowel surgeon goes in, fantastic surgeon, takes the bowel out at two locations even the patient still comes with serious problems. A good hysterectomy guy does the hysterectomy. He leaves the other portion of the endometriosis behind, similar story. Many of these patients have appendectomies and end up in the emergency room.

So these are recognized complications of deep endometriosis surgery. It is important to know these things because patients who really come for these should understand these cases are not simple, they are very, very complicated on the complications radar, at least I would say easily seven to eight percent even ten percent more than regular operative laparoscopy that we perform.

We are going to review some fistula cases that I had but look at the literature there are some overall urinary and colorectal complications following deep endometriosis surgeries. Out of almost 18,000 cases I had to take some of those cases out. This is for study of our friends in Europe. But about 10 percent there are complications. Fistula complication after laser shaving and ablation Konnicks has 3.7 percent; after shaving and disc resection again, he reported 4.3 percent; after segmental resection it varied between 5 percent and 22 percent. Fistulas, low and very low colorectal anastomosis 750 cases from Rufo, 5 percent. Only bladder surgery transmuralled 14 percent, the cases are not that many, Arnold Watier cases, and ureter is 3.7. One thing that you should understand as the surgeon gets more experienced - the same group from Italy the Minnelli group and Rufo - their rates are about 6 to 6.5 to 7 percent. The same surgeon this team makes the difference.

Let's move a little bit faster. This is a patient that I have performed a hysterectomy. There was an inadvertent, apparent suture on the bladder. This patient came back with a vesicle uterine fistula. We repaired the bladder, this is the vagina that is open; however, after the repair the right ureter we cannot pass this stent prior to repair nor after the repair. The right ureter was somewhat involved at the repair of the - let me just stop here - because I do not want you to see...what happened is we started to develop intra-operatively hydro-ureter. One side was giving us the methylene blue and the other was...and you have to understand we could not stent it and the urologist friend of mine - it was 1:00 o'clock in the morning - he said, "Hey, tomorrow we'll put a nephrostomy..." I said, "No way she had already a fistula, it's not going to happen". I now had to do a ureterostomy, which I never thought I could do...I never imagined, at that point we did it. We opened the ureter, very little...that blue dye now the uterus suddenly relieved then he inserted his stents but he could not go forward. This is a tough thing to re-stent from that hole back again. I do not want to show the painstaking moves that obviously it was not very easy but this stent finally went back there. We stitched this ureter and the stent was kept about six weeks and she did exceptionally. You do not have to see how well I suture.

This is a case that is very interesting. A hysterectomy, 34 years old, very educated woman. Bilateral half ovaries are gone, severely symptomatic neuropathy. Leg pain, back pain, dyspareunia and painful bowel movements. This is a classic case where this is in no-man's land. This is deep below the ureters. We go in, the ureterolysis is done, you see the endometrioma is popping from the hypo-deep, hypogastric area. This patient has a multiple surgeries history. As it pops out, the question with Harry directed, "The Europeans are doing this and doing that", I personally think if the endometriosis does not spare nerves there is no way you can spare those nerves. They are already gone but how deep are you willing to go? After this I stopped on this case. I removed that endometrioma there. I know that she would have some retention, either bowel or urinary wise. But she felt fantastic but she came back and I felt a nodule that I did not dare to remove way deep in. I went back again. I am not sure I do not have that video but we cleaned that and she had another surgery, by me also. This is an area that is very difficult to go.

Maybe I will show one more case if I can. This is a case of mine which I think surgeons prolong cases that do cause a surgeon fatigue that is why these surgeries should be done by a multidisciplinary team. The general surgeon who respects the disease, you respect the general surgeon the respect is mutual, and so the urologist. There is the same passion on each side so that is very important to have a multidisciplinary approach. The patient came and she had a bilateral oophorectomy with another person in let's say New Jersey with out a hysterectomy. She presented with persistent right sided sciatica, dyspareunia, dysmenorrhea and dyschezia. We prepped for hysterectomy parametrial excision for remnant ovarian tissue, very deep on the right side. This is a video of this patient in which the ureter is completely exposed. You see that it is obstructed, a little dilated. There are fibrotic lesions, right there. I have sutured the uterine artery close to the uterus, however, because of the lesion I have to move laterally and I have to cut the uterine oc... again on this case. We had to do the right side again.

But what happened is during this...let me show you what happened here. This is critical. What happened here is actually the bipolar sparked and shorted with the ureter during the case. Which ureter integrity wise were completely normal and it fooled me. But when I looked back to the case and see this thing, as you see here the ureter...okay, here we are. You know, I cannot leave sometimes, this is me doing it and I did it. I do not know, it does happen, there are certain things you do not want to repeat but it needs to be shared because one of you will be in this place one day too. So you need to see it. But, the bottom line is ureter from this even though this is bipolar the current jumps and as you see it feels the heat and it already has started to move like a little snake there. Visually I thought it will be okay, a mistake. She did come five days later for the fistula, vagina gush and everything.

Luckily this case was managed again conservatively. We slipped a stent she did exceptionally well, no surgery, nothing.

I am going to end my conversation because I want to show Dr. Einarsson, who I see right in front of me, I want to show two photographs I took when I visited his country. This is a glacier in Iceland I visited with my son. We thought everyone says endometriosis surgery is like being between a rock and a hard place. This is it! So, if you do an incomplete resection it negatively impacts on success: radical intervention increases complications. 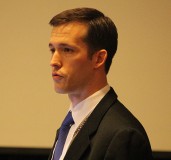 Endometriosis is Not a Benign Disease - Michael Beste, PhD 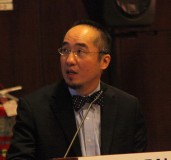