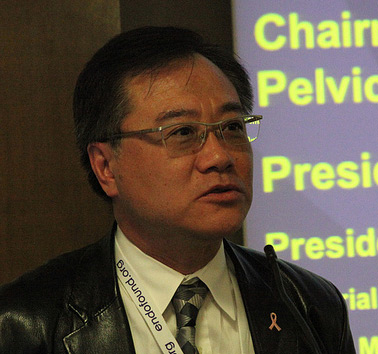 Thank you Tamer and C.Y. for having me here for the second time.

This morning we heard from a lot of experts. Tamer talked about endometriosis then about endometriosis surgeries. C.Y. talk about the bladder and the ureter, and Roseanne talked about the robot. Dr. ...talked about the robot. I am not going to try to teach you how to do surgery. I am just going to share with you what happens with these patients after all the expert surgeons are done with their surgeries. What are we supposed to do for them if they continue to have problems?

I am going to talk a little bit about what I have spent the last dozen years working out; chronic pelvic pain, endometriosis and interstitial cystitis. Recently I found something interesting, a good old friend, or maybe not friend, pudendal neuralgia. How many surgeons here have had the experience of their patients remaining in pain and continuing to have painful intercourse after endometriosis surgeries? And how many of those patients have actually told us surgeons that they continue to have pain, and even worse, dyspareunia after the surgeries?

I started out to share with you a real case of a 29-year-old woman, never pregnant, with a urinary pain score of 18 and an interstitial cystitis score of 12. Anything over 15 on the PUF is very bad on the IC part. ICSI is interstitial cystitis symptomatic index. She actually was completely asymptomatic until she had a fall and hit her buttock very hard, once, and then within six months she developed a level of origin pain, pain... Her usual menstrual cramps got so bad that she had to see a gynecologist. Of course the first thing that we usually do, beside birth control pills and we do not use Lupron, is laparoscopic surgery. While she had laparoscopic excision surgery of all the endometriosis by an expert in three to six months the pain still continued on the left side. She had a second surgery. At the time the ovary was involved with a lot of scar tissue and maybe endometriosis, so the left ovary was gone.

Six months later she continued to have a level of origin pain. She had no ovary there now but she had bad periods. She decided not to go with the expert this time and had a surgeon who did a hysterectomy. Twenty-nine years old, never had children because endometriosis was the start. After the surgery she continued to have pain! My gosh, still on the left side, ovary is on the right. After she dealt with more than seven doctors she finally came to me. She had painful bladder syndrome, pudendal neuralgia, abdominal pain from the myofascial pain and pelvic myofascial pain, endometriosis and, of course, depression. So - she had excision endometriosis surgery by three surgeons and she continued to have pain. I just tweaked it a little bit, I treated her bladder in the office by giving her instillation therapy and she had 50 percent pain free urgency symptoms - dropped by 50 percent. I gave her three pudendal blocks and her symptoms were much better. Of course when she was not in pain I added physical therapy and now three years out she is 70 percent improved.

Chronic pelvic pain is very common in over 40 percent of laparoscopic surgeries and 18 percent of the hysterectomies are caused by pelvic pain. Of course 30 percent of those patients have endometriosis. Most women with these issues seek out a doctor because of painful intercourse also.

Endometriosis is the most common diagnosis that leads to multiple surgeries and depends heavily on the skill of the surgeon. We have a lot of experts here; we now talk about that surgery and of how well we do. Most of us will do laparoscopy as the first diagnosis and treatment. We excise all the endometriosis. Here are some data from 1997 but they still hold true. So surgery is a good indication to do laparoscopic surgery in expert hands but when you follow this patient a long time then you probably get 50 percent at best for longer than five years. 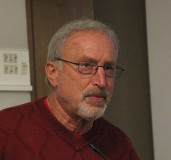 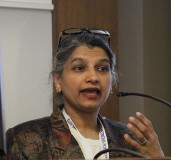