Heather Guidone – speaking of the poster

Many of you who have seen it and it is also our foundation and Padma’s personal wish, to please ask us for copies. We can provide you with as many copies and as many resources as you need. Please put them in the locker rooms, put them in the girl’s bathrooms, put them the nurse’s office, and put them in the main office. Put them up in your clinics, put them up everywhere you can and spread the word. If you need them we will get you copies, just ask, and reach out to us. This is what they look like, thank you.

Before I bring up Wendy Winner we actually have a guest in the audience who is not on the agenda today. John McEuen is a well-known entertainment professional. He is here today with his lovely partner who is an endometriosis survivor. I would like to bring John up, if I may, so that he can just share a few moments from his perspective with us to really drive the point home as to what it is like to live with someone with endometriosis. So please join me in welcoming John McEuen.

This may seem a strange place to say that I have sleep apnea. But, in 1988 I would not have found out if I had not had sleep apnea because nobody knew what it was and nobody told me. The doctors did not know about. I did not even know. I snored. Oh, big deal. So did my dad who died at 52. My mother sent me a press release, stories, talking about it. I went and had a sleep study test at one of the few places available then. Now, you laughed when I said sleep apnea that is because you have heard about it, is that right? Well, as people heard about it, and the word spread, there are now sleep labs all over the country and it is a definite thing that if I had not addressed it, I would not be standing in front of you, I do not believe. I am a long way from when I found out in1988.

Endometriosis to me is an analogous situation because people who have it, you are so wrapped up. My wife was so wrapped up in what was going on, what is wrong now, she went to 37, thirty-seven, different doctors, mostly in Los Angeles, all with bad diagnoses. Bad...because they were wrong. One said, “Oh, even though you are only 42, I’ll give you Lupron, it will induce menopause that will fix it”. Well, she did not do that. Another doctor prescribed something that when she got home and told me what he had prescribed I said, “I just saw something on TV that says don’t take that with…aren’t you taking this drug too?” She said, “Yes”. I said, “Well, it says here they can kill you if you take them together”. You have to be communicating to people. I think my point here is, the people that live with endometriosis go through this just like the people that live with sleep apnea. Not the ones that have it, but the ones that they are living with. I live with a lady who I did not want to ever leave and she was going through so many things that it was just very difficult at times for people around her. Living with somebody with sleep apnea people put up with a lot. They sleep on the couch in the living room sometimes or they get kicked out, or it causes problems. It causes problems for the patient and the patient’s family. Now, if you can get the word of endometriosis to the people, the parents of the daughters, the children of the adults, if you can say, “You know mom, that problem you had, I just read about…” If you can get the word to the people that are living with the others that are so wrapped up and trying to deal with the problem that doctors mostly cannot identify that will help immensely. It helped me. I did not hear about it from a doctor the reason I was falling asleep at 3:00 in the afternoon. I did not hear about that. I heard about it from family.

I would like to thank Dr. Seckin because if his breath of fresh air and right target of identifying a problem had not come into our lives, she would still be on the path, looking, another laparoscopy, another operation for an unknown reason. I think it is very important to spread the word to everyone. You nurses in the back, you have a very important position to be able to say to somebody, “You know, “We’ve heard about this thing”. Now, part of it is a marketing problem, I think the word is difficult, endometriosis. Lupus – my sister died at 22 from lupus erythematosus. Well, lupus did not get popular until they changed the word to lupus and then people could talk about it because, “Hey, I’d like to talk to you about lupus erythematosus”. You get to the middle of the word and you cannot spell it and you tune it out. When you say that doctor word, I do not know, maybe it should be just called endo. Maybe you should talk about endo, endo. We have got to end endo. It is better than “Occupy Wall Street”. They do not have a defined purpose that is one of the great big problems with Occupy Wall Street. There are only 412 reasons they are there and it is like…whatever it is. This, is a very specific reason, effecting 10 million women and a bunch of them do not know they have it. They do not know the definition because those who set up definitions do not know how to define it. So I see it as a multifaceted situation.

Help define it. Get the word out to the other doctors, which I can understand would be very difficult. It is like telling a musician he is playing that song wrong after 40 years of playing it a certain way. But that is the job I think of the nurses and the people.

Thanks for listening. I hope you spread the word to help people, because you will. 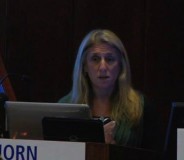 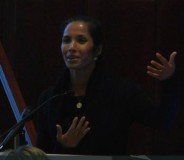