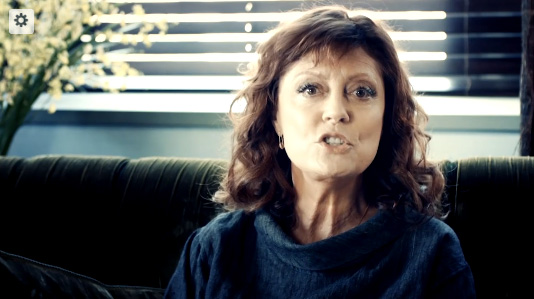 “I knew that something was wrong when I was in sixth grade”. “I knew what I had was not normal”. “I felt like someone hit me with a hammer”. “The bleeding was really, really heavy”.” After the bleeding did not stop my parents took me to the doctor”. “The really weird misdiagnoses began”. “Years and years after suffering with this and thinking of myself as someone who was, I do not know, weak and someone hysterical”. “It seemed like my mom was the only one who actually believed me. I ended up harboring a lot of resentment”. “I was extremely depressed, I was suicidal because I did not see an end to it”. “I did not find out I had endometriosis until I was 36 years old, a full 23 years after I first got my period”.

“For the patients that come in to the office probably only about 20 percent have heard the word endometriosis prior to my beginning a discussion with them”. “I never head of the disease endometriosis. I just thought it was part of being a woman what I was going through”. “The symptoms are usually not directly related to the periods. That is how the first step in misdiagnosis really starts”. “Endometriosis is often mistaken for other diseases. It can be misdiagnosed”. “I suffered with it in my 20s but I was always told that it was a GI problem”. “Women with endometriosis are dismissed left and right by the medical profession”. “I did feel like no one was really hearing me”. “I personally have been through an emergency room where I said ‘oh, I have stage four endometriosis’ and the nurse looked at me and said, ‘Well, what’s endometriosis?’ and as a patient that is scary”. “Even at school with the school nurses when I was in their room they all thought that I was just trying to get out of class so I never actually wanted to talk about my symptoms”. “When I finally had surgery at 36 and the nurse leaned over and said, ‘You have endometriosis” I was so relieved because I finally felt exonerated”.

“I guess imagine instead of playing football you have swallowed a football and now it is turning on you and it is eating your insides”. “I did not participate in a lot of different activities that I used to love”. “It pretty much engulfed every part of my being”. “Endometriosis definitely makes you feel isolated”. “I think about all the days that I missed”. “My step-dad’s mother passed away. I was supposed to go down to her funeral service. I could not imagine sitting in a car for eight hours”. “Emotionally I would say was the hardest factor dealing with endometriosis”. “Will leave me crippled”.

“Endometriosis was definitely another character in any relationship that I had”. “You have this other reality that we must always contend with”. “As my husband and I both say it is the third wheel in our marriage”. ‘I think endometriosis definitely affected the intimacy between me and my husband”. “You do not necessarily want your partner to know what you go through every month”. “Romantic relationships were really, really tough for me”. “When you are experiencing that intimacy and you realize that after like she is going into these spasms and hunched over in pain I did not really know what to do and how to handle it”. “Endometriosis has affected my fertility significantly. I am 38 years old. I do not have any children”. “They told me you might not be able to have kids after a certain age or you might not be able to have kids at all”. “And that is a little hard to swallow when everybody else around you is having kids and you really cannot”.

“Early detection and treatment are the best prevention”. “I think if we are going to educate the public I think they really need to start educating the doctors as well”. “Endometriosis is a war that patients fight every day. “It is not normal for your daughter to be laying on the couch suffering saying she cannot go out of the house”. “Do not be afraid to ask questions”. “Do not suffer in silence”.