My husband and I had a lot of anxiety about parenthood, so we left it up to nature the first year of trying. Much to my surprise, it didn’t happen. I got in the game and tracked my basal body temperature with a cycle tracker app and obsessively studied my data for patterns and perfect timing…still nothing. Meanwhile, everyone around us seemed to be getting pregnant easily. When was it going to be our turn? What was wrong with me? Maybe this delay was just the universe telling us to have an adventure while we can. So my husband and I took a trip to Japan in the spring of 2016, something we always talked about doing. I had hoped to conceive a “souvenir” while we were there, but no such luck. 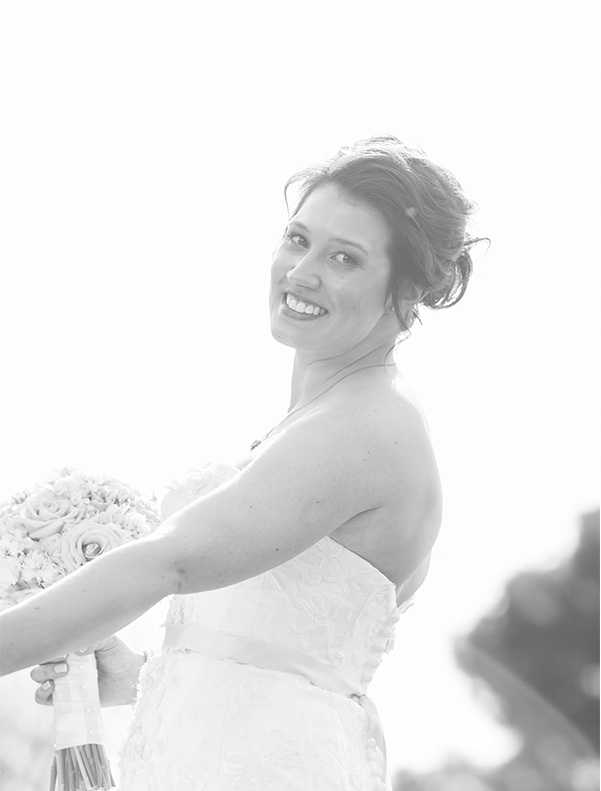 Shortly after our return, I decided it was time for fertility testing. We passed everything with flying colors except for what my OB-GYN thought was a fibroid on my HSG (hysterosalpingogram) x-ray. I scheduled hysteroscopic surgery for removal, but it turned out to be just an air bubble on the x-ray from the contrast fluid. I felt like such a fool for getting my hopes up that this would be our fix, and for paying several thousand dollars for NOTHING. The OB-GYN referred us to a fertility specialist where we tried IUI (intrauterine insemination) once, then decided to keep trying on our own since we couldn’t find anything wrong. A few times I wondered if I had endometriosis based on my history of painful periods that correlated with IBS symptoms (which plagued me as a teenager until going on the pill). My OB-GYN wasn't concerned since adhesions didn't show up on the x-ray or in the pictures they took with the hysteroscope.

The following spring, I was at the outlet mall for a girls shopping trip. We went into a kids clothing store for my nieces and nephews, as we do every year, but this time I couldn’t bring myself to walk around and be reminded of my broken dreams. To feel my heart sink each time I saw clothing I wish I could pick for my own little ones. So I hung out by the door, watching glowing mothers parade in and out, feeling so many awful feelings. Then the tears came. I realized I wasn’t going to be able to move forward until I had answers. I went to see the fertility specialist again who recommended laparoscopic surgery, since endometriosis makes up about 40 percent of unexplained infertility cases. My OB-GYN advised against it, saying I could put that money towards IVF. But I went with my gut and did it anyway! I was right; surgery revealed Stage II Endometriosis, with adhesions removed near my bowel and appendix, as well as a cyst on one of my ovaries.

Insurance later denied coverage of my surgery saying it wasn’t medically necessary, and I was going to get a bill for over $10,000. I spent an entire weekend drafting an appeal letter, which included scholarly articles that demonstrated how endometriosis is a chronic disease and laparoscopic surgery is the only way to diagnose and remove adhesions. You can appeal up to three times, and I was prepared for a fight. A few weeks after, I received another coverage statement in the mail, this time showing my cost to be less than $2,000. I couldn’t believe it! I won! I hugged my husband and cried. It felt so good to have a win after years of losing to endometriosis without knowing it.

The following months after surgery I started having debilitating cramps and severe IBS symptoms again, most likely due to more adhesions or scar tissue from the procedure. I decided to go back on the pill for suppression of endometriosis, which has helped significantly. I also made a major career change. I left my job of over eight years to pursue a freelance career, something I've always wanted to do but told myself I had to wait until I was a mother—until I had a "real reason" to make a change in my life.

As for our family plans, we’ve spoken with adoption agencies and have had an IVF consult, but can't bring ourselves to commit to what would be an even more expensive and emotionally draining journey. Our dream of parenthood included having children of our own: getting pregnant naturally, maybe even by surprise. Not invasive procedures, severe debt, and hormone injections which make endometriosis worse. People don’t seem to want to hear that we’re not willing to further exhaust ourselves physically, emotionally, and financially doing whatever it takes. IVF is not a sure thing. It’s $16,000 and up per cycle for a 40-50 percent chance, and is not covered by insurance. Findings from medical journals— not message boards and friends of friends—report significantly lower success rates for patients with endometriosis than those with tubal or male factor infertility, as well as the need for higher doses of medication and additional treatments. Maybe our feelings will change in a few years, maybe not. We are at peace with the possibility of being childless.

I had a professor in college, who, on the first day of class said, “Not everyone gets married and has babies.” At the time I thought maybe she was just bitter. But now I realize, she was trying to break that mindset. To encourage us to think beyond the norm and open up our minds to new possibilities.

A Thousand Fractures: A Short Story