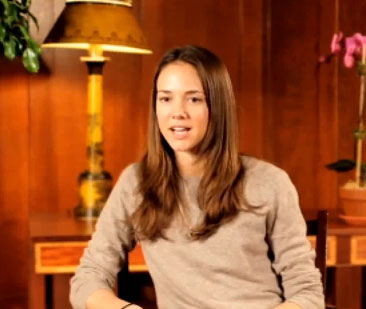 The next person who will talk is Kristin Ratcliffe, a well known international model. She will also tell her story with endometriosis.

Kristin Ratcliffe: I had my first experience when I was 23 and I was living in Hong Kong in Asia. I had always had problems with pain, period pain and cramps and other bowel related problems. I had seen many doctors but was never told anything. I had a really bad experience when I was living in Hong Kong. I had a lot of pain and I could not stand up straight and I went to the hospital. The first hospital I went to said that maybe I had had the stomach flu or something. So I left and I went home. For the next couple of days I was still in so much pain I went to another hospital and they did a couple of different ultrasounds and then admitted me immediately to have surgery in 12 hours. They removed two cysts; one on each ovary that were both about 5 cm in diameter.

I spent a lot of time online reading about other people with endometriosis. I looked at diets, different things that I could do for myself. Because I was not living in Hong Kong full-time when I went back to Canada where I am from it was hard to find someone else who understood endometriosis. So I felt like it came back on me, then it was my responsibility. It was not until I found my doctor in New York, Dr. Seckin that I actually realized how many people have endometriosis. It is fascinating to me to go from that one small experience in a foreign country and to hear this foreign word and now it has opened me up to a world of people.

When I first was diagnosed and I would talk about it with my friends, or even family members, a lot of my friends would say “endo what” or “oh yeah, my mother had cysts” or “you know my mother has fibroids or something and you know she’s fine so I’m sure it’s going to be okay”, which is probably true but I guess it felt very isolating. It is not something that you talk about every day. You do not talk about your periods every day, you do not talk about your bowel movements every day and to just say that I have a stomach ache is what I ended up doing most of the time. To try to explain anything else was just useless. People did not understand and still do not. When I am working and I do not feel well I find myself holding my stomach at lot. And actually, it became so natural for me that I did not even realize that I would be doing it because I did not want to ever complain, I did not want to leave sick. I did not want to make a big deal out of it because I felt like people would not really understand.

I have a girlfriend, I have known her for over five years now, and just last week she said to me, “Now I understand why you always touch your stomach”. I did not realize I did it that much but I would always just hold my stomach instead of voicing anything. I internalized it by holding myself because it is not like I cannot just say, “Oh I have stomach flu or I have food poisoning”. It is harder to say when you know that people do not even know what that is and you have to go into a whole explanation – it is difficult so I resulted in this.

This was something that I wanted to attend, and started attending more of these, conferences discussing these kinds of issues because of that reason. Eventually I want to have a family. I would like to be able to bear a child of my own. Actually I thought maybe I would leave with answers but I feel like I have more questions for myself, decisions that I have to make. I think it is great; it is fascinating to me that there are options at least and that I do have more time. I feel lucky in that sense that I can start thinking about it and start planning it. I think that for myself I would like to have the opportunity to possibly freeze my eggs. I am approaching the age of 30 where after that things start to go downhill with my chances. At least I have that time.

Just the awareness that people do not even know that it is a possibility that you could have endometriosis, that there are so many other things that they put on the table first before offering the idea that this is what you could have. I think if younger, if teenagers, if girls in their early 20s knew about it then maybe they would not just go day to day dealing with the pain and thinking that “oh, it’s just menstrual cramps, maybe I have irritable bowel syndrome”. I think that is what should be more focused on, targeting the younger age group, just telling them that this can happen. 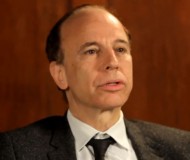