Yes, it’s true that endometriosis is one of the leading causes of infertility, with one study claiming that at least 25 percent of women who are infertile have the disease.

“It creates infertility by blocking and destroying normal anatomy in the body," Dr. Vladimir Nikiforouk, an OB-GYN in East Stroudsburg, PA, explains to The Blossom. It can also, "decrease the number of eggs that a woman can produce."

But the gloom and doom of that news aside, many women with endometriosis do go on to someday experience the joys of 3 a.m. feedings, explosive diaper changes, and supermarket meltdowns.

If endometriosis is quickly diagnosed and correctly managed, "there is absolutely an increase in successfully getting pregnant naturally," adds Nikiforouk.

That’s how it happened for Christine Sturla. For years, her out-of-control endo periods kept her in fear of never conceiving.

“I bled through overnight pads that I wore during the day," Sturla, 36, tells The Blossom. "Super plus tampons maybe lasted an hour. I had giant clots and crippling cramps to the point that my legs would go numb. I was petrified about how it would affect my ability to conceive. I always wanted to be a mom and was so scared this would prevent that.” In 2012, she underwent a laparoscopy to remove endometriosis lesions. But the New Jersey native was in for a big surprise. After only about three months of trying the old-fashioned way, Sturla and her husband discovered they were pregnant and soon after welcomed a healthy baby boy.

Trying for the second one wasn't as easy. “We planned to try for the second when our son turned one," recalls Sturla. "The time came, and nothing was happening. My gyno was sure the endometriosis was back, and we scheduled a second surgery."

One week before her trip to the operating room, Sturla got another big surprise. 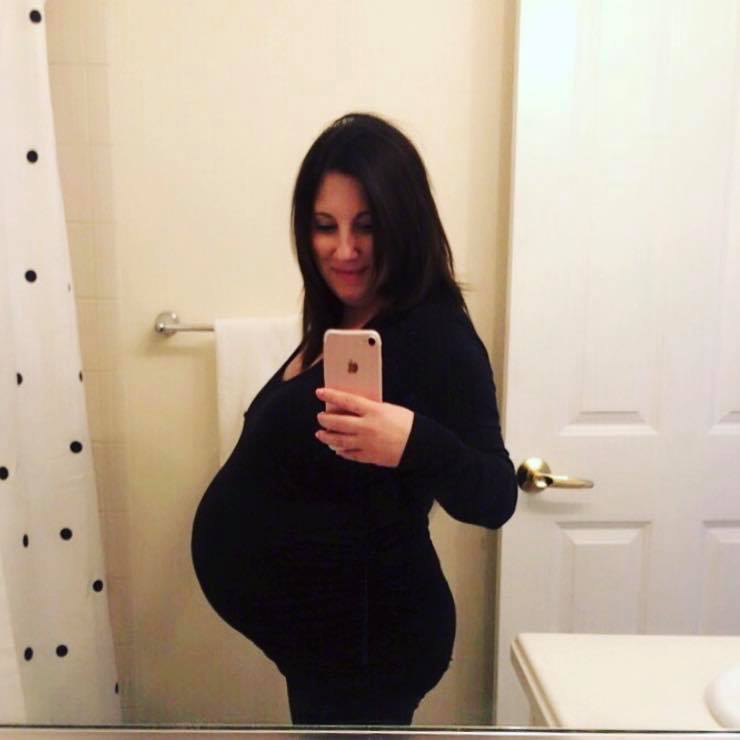 After years of battling endometriosis, Lori Brown Finkelstein (above) says she can hardly believe her luck that she's now pregnant. "I was always in severe pain," she says. "Always."

“We were on vacation, and the doctor called to confirm the surgery for the following week and mentioned a urine test for pregnancy, which got me thinking. So once I hung up, I ran out to get a pregnancy test and there it was—pregnant. I called back immediately to cancel the surgery.”

After years of battling endo, Judy Kim could hardly believe her eyes when she peered down at a plus sign. “To be completely honest, I had pretty much given up all hope and was feeling pretty down on myself about the whole thing,” Kim, 31, tells The Blossom. “It took years of trying, so when I finally got pregnant; I didn’t believe it. I must have taken 20 pregnancy tests.”

After twelve years of six back-to-back endometriosis excision surgeries, Lori Brown Finkelstein was told there was no chance she'd be able to get pregnant on her own—by two different endometriosis specialists. "I was devastated," Finkelstein, 33, tells The Blossom. "I came home and cried so much." Throughout the years, doctors removed Finkelstein's endometriomas, or endometriosis-filled cysts, endo on her uterus and adhesions that bound her intestines together. Her last procedure was in August 2016. Still, Finkelstein was told her she'd need to try in vitro fertilization if she wanted to get pregnant. It was sobering news, considering she had just gotten married in March 2017. "I went to see [my endo specialist] in July 2017," she recalls, "and two weeks later was when I found out I was pregnant.” She's now due April 15 with a girl.

"We just decided to try, and it happened."

A Virtual Support Group for Endometriosis? There's an App For That!