In summary, at present, the standard method for diagnosis of endometriosis is an invasive laparoscopic inspection with histological confirmation after retrieval of lesions. It has not been possible to non-invasively predict the presence of endometriosis based on symptoms, clinical examination or imaging techniques; much less in early phases of the disease. Based on that, our hypothesis supports that by a) simultaneously combining different analytical techniques for the identification of putative biomarkers, b) appropriately employing improved multivariant statistical tests by c) limiting heterogeneity by including in the training sets only the conditions of specific clinical interest and d) adding a post-surgery follow-up of biomarkers pre-identified as informative in endometriosis patients we could generate an improved predictive model for the non-invasive detection of endometriosis with potential clinical use. 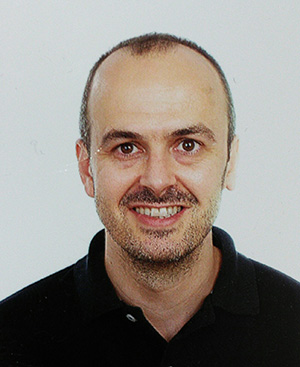 Dr. Gómez PhD obtained his PhD degree with honors in 2004 in his native Spain. In 2005 he traveled to New York to perform a postdoctoral stay in Columbia University. He has focused his work towards the study of highly prevalent gynecological pathologies such as polycystic ovary syndrome and specially endometriosis. Dr Gomez puts his efforts in developing animal models mimicking as physiologically as possible human endometriosis to ease translatability of his research from the bench the clinic. By using such approaches, Dr Gomez assayed successfully for the first time in a pilot study in humans the use of dopamine agonists as non-hormonal treatment for endometriosis. Aware of the importance of early diagnosis of endometriosis he has focused his work during the last 5 years on developing technologies allowing non-invasive detection of the illness trough the identification of biomarker profiles specifically expressed by affected patients