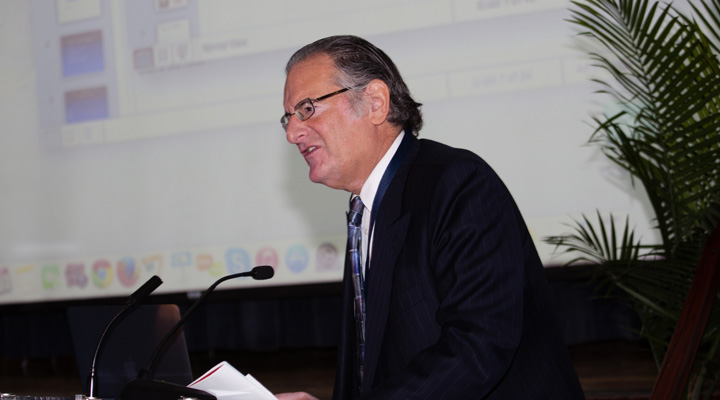 My name is Adam Romoff and I am a member of the department here. It is a privilege to introduce a member of the esteemed faculty of this extraordinary conference. It is also a particular privilege to be a colleague of Dr. Seckin. I am a huge fan of his. Not only his clinical and surgical brilliance but also his keen appreciation of the blend of basic science research, epidemiology, genetic research and how that kind of research and basic science underpinning can lead to the artful practice of medicine and moving the practice of medicine into the next century. I am a huge admirer of yours doctor.

As regards our esteemed faculty our keynote speaker today is Dr. Robert Taylor, who is vice chairman for research in the Department of OBGYN at Lake Forest. His early graduate work at Baylor involved the biology of estrogen. His post-doc work at the Howard Hughes Medical Institute at UCSF involved the regulation of placental angiogenesis by growth factors and their receptors. Certainly a biology not too far removed from the pathophysiology of endometriosis.

Besides being active in the American Board of OBGYN and the NIH he is Honorary Chair of the World Endometriosis Society and the past President of the Society for Gynecologic Investigation. Just as an aside, recently my neighbor was head of pulmonary at NYU and they had a recent conference and to help with the early diagnosis of lung cancer they did bronchoscopies and looked at the genomics of the bronchial fluid and were able to, and will be able, to determine who was at higher risk for the development of lung cancer and then they say, “well, why don’t I just do a sidle brush of the nasal turbinates and look at the genetics in the nose. This is tomorrow’s New England Journal of Medicine and lo and behold that might be moving our world much farther into the future”. Similarly in our work in endometriosis we have had cul-de-sac taps, we have had various serological tests but clearly the future of the practice of medicine is the artful blend as Dr. Seckin is such a fan of basic science research, genetic research along with the clinicians.

As such I would like to introduce our keynote speaker, Dr. Taylor, who will talk about the early diagnosis and treatment of endometriosis. Dr. Taylor… 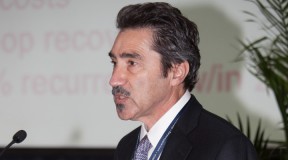 Robert Taylor - In the beginning: identification and treatment of nascent endometriosis 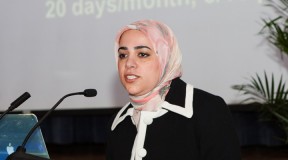