My journey began when I started having my period. While I wasn’t officially diagnosed until December 2017, I had always had debilitating period pain. I would take ibuprofen daily during my periods. Each time I would mention anything period-related to the OBGYN I’d been seeing since I was 18, I would be told my symptoms were absolutely normal and there was nothing to worry about. My pap smears were almost always abnormal and all I knew was that my body “might” fight off whatever changes were happening. After a few years of this wishy-washy process, I finally found out from a very abnormal pap smear and a colposcopy/biopsy that I, in fact, had developed adenocarcinoma in situ. I was devastated.

When this OBGYN wanted to wait a whole year for a follow-up appointment (they usually do follow-up pap smears after six months), I decided to find a new doctor. I was still experiencing this indescribable pain and cramping. I was terrified of what this might now mean. I brought up my medical history and my current symptoms to my newly-found OBGYN. He asked me to get my medical records and surgery results and fax them over to him. Thus, my endometriosis journey began. He did a pelvic exam and told me he highly suspected this was what was called endometriosis. He also asked me if I knew what endometriosis was. I told him I had never heard of it. He went on to explain what the disease entailed. I still didn’t have a full understanding of what it was, but I agreed to a diagnostic/exploratory laparoscopy. I got this surgery scheduled for December of this same year I had also been diagnosed with adenocarcinoma. My mind couldn’t process having to go through yet another recovery from a surgery. In post-op, I was informed that the endometriosis was all over my ovaries and some on my pelvic wall.

I had no idea what I was getting myself into. This December surgery resulted in an infection of the incisions. Easy fix of antibiotics – phew! I was put on birth control. About a month later, I began having pain again. I shrugged this off to recovery, though I still brought it up with my doctor. He didn’t believe the pain would be back so soon, but agreed to do another laparoscopic surgery. This next one was in April 2018. The results were a bit worse than my previous surgery. My OBGYN was shocked my endo was back so soon and so spread out. Again, it was all over my ovaries and on my pelvic wall. He recommended trying the Lupaneta pack. I began this treatment option in May 2018. Shortly after, I picked up a second job to try to start paying a bit more on my medical expenses and for this new medicine. I had to quit this second job after about two months due to the joint pain and nausea I was feeling. All this pain from a disease I had just learned about was very scary. I didn’t know what to do. I called my doctor again to complain about the symptoms I was having, and he got me scheduled to come in again ASAP.

I got to the doctor’s office, and again, he performed a pelvic exam on me. We scheduled another surgery after he gave me options for treatment. My next laparoscopy was in September 2018. This time, the endo was more extensively spread out than before. At my post-op appointment, my doctor started bringing up the possibility of an eventual hysterectomy. He put me on this new medicine that just hit the market called Orilissa. He warned me that he didn’t know much about this medicine firsthand, as he hadn’t had any patients take it yet. I agreed to this. After all, anything would be better than this endometriosis pain that had me bed-ridden when I had a flare-up most of the time. He told me if he had to guess, my time for fertility was going to be gone by the end of this treatment. I was heartbroken.

This new medicine seemed to start working wonders on my pain levels. However, the depression I experienced from hearing about my short fertility timespan was a nightmare. I didn’t have a partner I would have a child with. At 26 years of age, I didn’t expect to feel so pressured to have children. After all, there’s a lot more debt I needed to pay off! I went through a phase of not knowing what to do. Do I really need to make this kind of choice right now? I asked myself while considering the hysterectomy route. I never wanted to be handed this kind of decision, much less before I even turned 30.

I began having pain – again, only a month after my last surgery. Another appointment in the office, and another appointment of scheduling a surgery; a cycle that felt neverending. I got my next surgery scheduled for February 2019, right before my mother’s birthday – happy birthday, mom! However, before this surgery, I ended up in the emergency room in January due to loss of appetite, vomiting, and horrible abdominal cramps, along with pain in my right side. I found out my liver enzyme levels were skyrocketing. My OBGYN told me to stop the Orilissa and Norethindrone I was taking, as he was unsure if it was causing this or not. My pain levels were terrible again, but I only had a month until my next surgery! I kept trying to remind myself of this.

The surgery yielded less than desirable results. At this post-op appointment, my doctor wanted me to have more bloodwork done to check in on my liver enzyme levels. They were even higher; almost double what they were a month before. I sought out a new GP to get this sorted out on the side. This doctor pressed where my liver was and I cried out in pain, thus beginning a new side journey of endometriosis-related issues. I went through a series of “pokes and prods” to eventually find out that this was most likely caused by ibuprofen and CBD oil – two of my go-to’s for pain relief aside from surgeries. What was I going to do? My gastroenterologist eventually told me to stay away from these two items and that I could have up to 2 grams (2,000 mg) of Tylenol each day, if needed. In this specific portion of my journey, I had been having pain for a bit but was trying so hard to just shrug it off until I got through it.

Once the liver issues got sorted through, I sought out the help of my OBGYN yet again. This time having difficulties with bathroom trips and related pain. We got a surgery scheduled for July 2019. He found that the endometriosis had spread to my bladder and that there was also some now hiding next to my bowel. He told me to restart the Orilissa, as he believed it wasn’t the root cause of my liver troubles. I also began taking medicine for chronic constipation and going through tests to figure out why this was happening.

The normal pain started to strike again, and I scheduled another laparoscopy for November 2019. The results continued to worsen, and I also had a colonoscopy done in December 2019 to check for bowel disease. Fast forward to the present: I have gotten a hysterectomy scheduled for February 2020, and I am scared, nervous, and ready all at the same time. I know there is presently no cure for endometriosis, but I hope to eventually be able to help advocate for this disease’s treatment and cure. 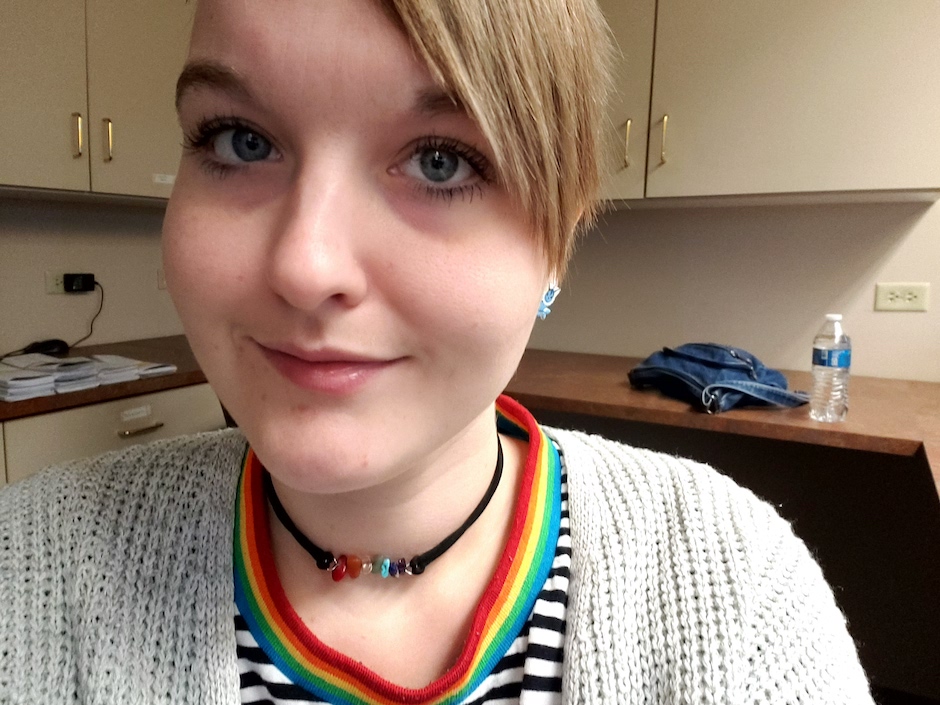 Chelsea Hays lives in Tahlequah, Oklahoma by herself. She graduated from college in 2014 with a degree in Environmental Health and Safety Management, and currently works as a Teller at a credit union. She hopes to one day soon be able to advocate for endometriosis more.

Editor's note: Would you like to contribute to EndoStories? Click here to learn how to submit your work.

*Patient stories submitted to EndoFound.org are the views of the patient and not necessarily those of the foundation. All testimonials are from real patients, and may not reflect the typical patient’s experience, and are not intended to represent or guarantee that anyone will achieve the same or similar results.