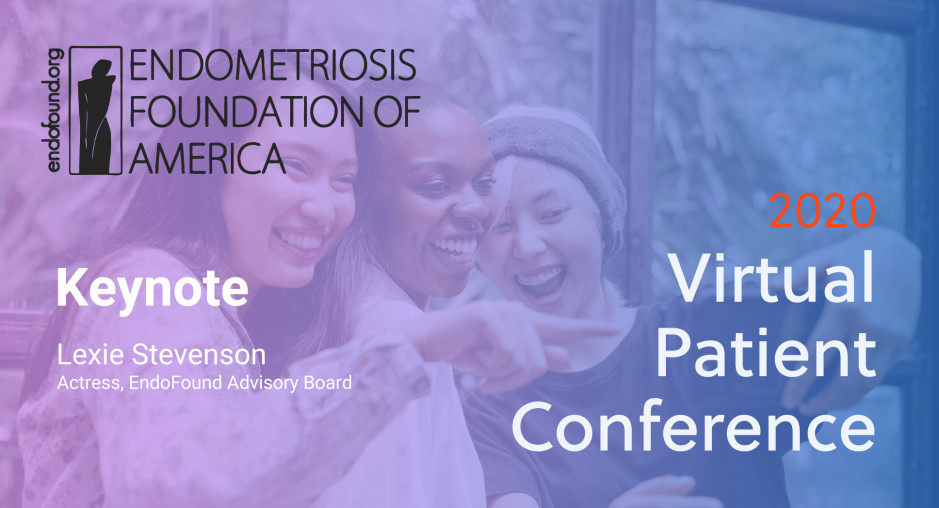 Lexie Stevenson:
Hi, everyone. Welcome to the 2020 Virtual Patient Conference. It is so crazy that we're all getting together like this, but safety and health is the most important. I am so honored to be this year's keynote speaker. Yeah. Let me introduce myself. My name is Lexie Stevenson. I am an actress based in Los Angeles, California. I was on the Young and the Restless for three years and have since gone off contract and am trying to expand into other things. But, of course, COVID has made that a little tricky.

The first thing I want to talk about is how I got diagnosed and when that kind of started for me. When I was in middle school is when I started getting pretty bad cramps. What was weird about it was that it was not always on my period. When I had my period, those cramps were amplified. It definitely landed me in the ER more times than I would like to admit. A few times when me and my parents had gone into the ER, my parents and I had heard, "Are you getting enough attention at home?" One time they even took my parents out separately, "Is she getting enough attention home? Are there things going on at home?" Comments like that, that were pretty dismissive of what was really going on.

When I was about 16 years old, I was about to turn 17, I ended up in the ER because I was having an endometriosis attack and I had four ovarian cysts rupture. When I had gone in, there was a very young doctor who she had told us she'd just gotten out of school and I think she still had the passion to figure out what was going on with the people who were coming into her ER. She ended up doing an internal ultrasound. Even though she wasn't the one to diagnose me with endometriosis, I am so grateful that all of this happened the way that it did, because when she had done the internal ultrasound, she had found a growth on my ovary, which ended up being benign and non-cancerous and nothing like that. But we wanted to get it removed to make sure that it wasn't anything and to make sure it wouldn't turn into anything. When I went down to I believe it was the Boston Women's Hospital, I went in to go and get this removed. When they went in there, they saw that I had a golf ball size of intestine that had wound itself up and pinched off. That intestine had healed itself, which is so crazy, and I'm so lucky. But they also found that that was because of endometriosis. That's why that, that had happened.

Basically what I do when I'm having an endometriosis attack is... I have a great support system. As soon as my boyfriend, or my mom, or my dad, or whoever's around me, knows what's going on, as soon as they recognize that's happening, I have a heat pad. It's the most ugly brown thing that you will ever see. It looks like a mini brown blanket, but it is a heat pad. We plug that in. There's three settings and I always put it on high, because the hotter, the better. It's going to relax those muscles and all of that stuff. That's my first go-to.

As we all know, sometimes that does not work. After that, I go to, if we have any medication, Advil, whatever it is, I go to that. If that doesn't work for me, I end up in the ER, which I'm sure many of you have ended up there as well. Even though that I wish I had a secret answer, whatever, of how I prevent going in there, but those are my steps before I go. Also, a hot cup of tea. A hot cup of tea sometimes can warm up the inside, warm up the outside, warm up everything, because it should alleviate some of that inflammation.

With my diet, and this goes into preventing those attacks, I am 100% gluten-free. That is because of endometriosis. I remember I was having attacks. Oh my gosh. They were just very, very frequent. I had looked up how to prevent those, how to make them better. Anything. I read this article about your diet and basically how you should go a week trying to cut out dairy, a week cutting out red meat, a week cutting out gluten, whatever. I went through that list, one by one. When I went the week without gluten, I felt really, really good. There were no endometriosis attacks. Nothing. I remember after three weeks of being gluten-free, I told my friend, I was like, "I really want a Pop Tart, but I don't want the gluten-free Toaster Strudel. I want a Pop Tart with all the gluten, all the sugar." I just wanted one. I ate it and I got so sick. I had an endometriosis attack. It was to the point where I got physically sick. It was not fun.

Ever since then, I've been gluten-free. My boyfriend actually has GI issues as well, and he's gone gluten-free, too. That has also helped him. We're kind of like, "Go gluten-free. We promise it'll help." Yeah. Anyway, that's worked for us.

Going into mental health because anxiety and depression are the things that can, of course, come from endometriosis because it's very stressful and it really sucks when you are bedridden, you can't do anything, and you're just in pain. That sucks. That's going to make anybody sad. The things that I do to help that, is I definitely keep a routine. That routine includes, and this is the biggest one, working out. Working out, working out, working out. I will say it again. Work out. Even if you are having an endometriosis attack, if you are able to get out of bed and go to the gym, I promise you, it is going to help. I know it sounds crazy.

My mom also has endometriosis. When I was having my attack, she'd always tell me, "Lexie, go to the gym. I promise you're going to feel better." I didn't believe her for a long time. As most daughters, I ignored her. Then one day I was like, okay, you know what? I'm going to listen. I went and I worked out and it really did help. That is a really big one because that helps with mental health and that helps with pain management, so I do that.

I also keep this little notebook that I write down three things I'm grateful for, three affirmations, like "I'm beautiful," "I'm strong," those types of things, and three things that would make today great. That helps me because even if I end up having an endometriosis attack on that day, it helps me be grounded and look at the things were positive for that day, because we all know, and like I said before, endometriosis attacks are really frustrating, and they're a lot. That's what I do for all of that, and managing the endometriosis before, during, and after.

Yeah. Moving on, I want to talk about advocating for yourself. What I mean by that is when you... I think a big problem that we have is that we will go to a doctor's office and the doctor will be like, "I don't really know what this is. Go home and monitor it." When you know, and especially if you've been diagnosed with endometriosis and you know that you have endometriosis, you need to be really firm with the doctor and say, "I know I have this, I need help managing it, and I need to know what the next steps are." Whether that's surgery, whatever it may be, you just have to ask for that help and be firm in it, and be like, "Okay, going home and monitoring it isn't going to do anything." That's when I say advocate for yourself and make sure that you go in there and you are strong.

Put yourself into somebody else who you look up to and who's really, really strong, and then go into the doctor's office and put yourself in that person, and be like, "Okay, I'm going to go in there. I'm going to be strong." I always found that that was helpful for me because naturally I'm pretty shy. If somebody is like, "Go home and monitor it," I'm like, "Okay, I know that's not going to work, but I'm going to go and do it anyway," which doesn't work with endometriosis because we know what's going on.

The next thing I want to talk about is how endometriosis has impacted me in my personal life and in my career. I think that this is important because I think that there's a big lack of awareness around endometriosis. Because you tell people how much pain you're in, and they're like, "What?" It's tough for people because they don't understand. When people don't understand, it's easier to... Ignorance is bliss. For me, I always tell people that when I'm going into work for if it's filming, whatever that may be, there is always a part of me that's scared that I'm going to have an endometriosis attack. My best advice to people talking about that, because I think it's important that this does affect your personal life, and it does affect your career, is when you do get a job, I always encourage people to be honest about it. I know some jobs you're not able to do that, but if you can, it is so helpful. It's going to relieve anxiety and stress from you. It is going to make a way better work environment.

I was always very with filming, and I know acting's like a not a very common job, but whenever I went on to set, I was always very honest with producers and stuff like that. It has happened to me before where I've ended up in my dressing room and have been like, "I'm not ready. I can't go out and film yet." We kind of wait for... Because endometriosis, that pain comes in waves sometimes, and we'd wait for that wave to die down, go and film, go back in the dressing room, get through a wave, go out. I've literally done that.

Just know that it's normal and know that you're not alone. I'm running out of time, so I want to wrap this up. But I hope that that helps someone out there. I hope I was able to give a little bit of advice that might have been helpful. If any of you have any questions, my Instagram is LexieStevenson. Just one word. Don't hesitate to direct message me. I have girls do it all the time, and I always answer those messages. Always, always, always, always, always, because it's something I'm really passionate about and I really want to help with. Again, if you have any questions, anything I can answer for you, please do not hesitate to reach out. I'm always here. I'm here for you. Definitely make me a part of your support system. I would be honored.

Yeah. Have an amazing day. Thank you for allowing me to be a part of it. I will see you all soon. Bye. 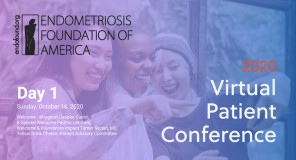 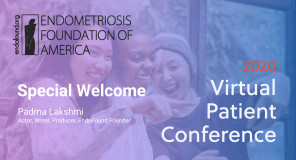