Very intimidating to follow the previous speakers, my hat is off to them. It is truly an honor and a privilege for the invitation to address you today. I would like to thank the Endometriosis Foundation, Harry and Tamer for this opportunity. The title has been changed because I can do it. Actually, it better captures the essence of my talk. I have no conflicts.

It may surprise you that I would start a talk about surgical excellence with a poem. “The scholarly astronomer lectured with the aid of figures, charts, diagrams and tables. Soon the poet felt tired and so he escaped from the lecture room and went outside, where he breathed ‘the mystical moist night air’ and ‘looked up in perfect silence at the stars’”. Walt Whitman is saying there is a profound difference between learning from teachers and learning through experience.

Pictures are worth a thousand words. I am going to show you a short video. We will witness a cascade of mistakes due to lack of knowledge, but more importantly due to lack of experience. Dr. Papacik was kind enough to share this video with me. It is usually shown in the complications lecture at courses and when it is shown everyone slides down in their chair and say for the grace of God there go I. What I want to do is I want to show it and instead of just viewing it I want to evaluate why the mistakes were made. And by the way, Dr. Papacik gives a course once a year in Louisville, Kentucky and if anyone is interested in learning the retroperitoneum and the pelvic spaces I highly recommend that course. It is going to be in June this year.

That is the ovary, that is the pelvic side wall and everyone knows on the other side of that peritoneum is the retroperitoneal space. Inside that space are some rather large blood vessels, nerves and the ureter. A couple of mistakes that he makes you should always dissect lateral to medial to protect that space and you should always pull that ovary far away from the side wall so you protect the retroperitoneum.

When I was in residency we did not have cameras either as Harry mentioned. I was walking around the operating room and an attending was doing laparoscopy and he asked me to come and scrub in. He said we have to open immediately and he wanted me to retract. What he had done was he had gotten the iliac and so we opened and as we were opening he said, “You do not touch the hole”. And what we did was we went upstream, put pressure on that vessel, we called for blood, we called for the vascular surgeons, anaesthesia already knew and the vessel was put back together. The attending knew that through experience. That is rapid cognition that is instantaneous. That served ancient man well. If ancient man was confronted with a saber tooth tiger if he did not react quickly he was going to have a bad day or possibly his last day. It does not work that way in the operating room. And that got imbedded in my long term memory because fortunately I have never been into the iliac artery but I have been called in to help. I have seen other surgeons try to do something with the hole but I said that is not what we do.

Observation: observation is a critical component of becoming an expert surgeon. We all make mistakes but what we just witnessed never should have happened. How could this have been prevented? Anyone can speculate. What I want to emphasize is that there are different components of learning that can help prevent this from occurring. The basics required for surgical excellence are not being given the priority they deserve in training today.

“To acquire knowledge, one must study; but to acquire wisdom one must observe”. Marilyn vos Savant is in the Guinness Book of World Records for having the highest score on the IQ test. Wisdom is the ability to make the right decision using knowledge and experience after acquiring knowledge it begins, begins, with observation.

Now let us look at the brain and the type of thinking required to keep our patients safe. Cognitive science describes two basic types of thinking; deliberate thinking which is role based. That is processed by conscious functions of the brain with careful weighing of the pros and cons before a decision is made. Instinctive thinking or rapid cognition is different. This is where it gets a little bit more interesting. Instinctive thinking is the result of quick decisions processed in the unconscious mind and is based on recognized patterns stored in long term memory. This kind of thinking happens in the blink of an eye. It moves faster and operates more mysteriously. Rapid cognition improves over time as it gets integrated into long term memory. Information retrieval becomes quicker and more accurate. In short the response more likely will be correct.

What does it take? Experience changes brain structure. Processing then requires less effort. Experts are able to notice details and relationships to which the novice is oblivious. This is how magical levels of performance develop after years of experience. But a deliberate practice aimed at specific components of a task and actual experience are necessary to achieve high levels of performance. For most fields it takes about 5,000 to 10,000 hours to become an expert. A minimum of ten years of intense involvement is required to integrate instinctive memory into long term memory to reach a high level of performance in sports, the arts and the sciences.

Let us do the math. In a busy practice a young surgeon might perform two challenging laparoscopic procedures a week, and that is doubtful. At that rate the surgeon will accumulate 200 hours of experience a year and become an expert after 25 years without observation. The airline industry has something to teach us. To get an entry level job as a first officer for a commercial airline about 1,000 hours of flying experience are necessary. When a first officer upgrades to captain 3,500 hours of flying experience plus 25 hours in the simulator are required. Critically important is that the pilots are put into simulated emergency situations such as loss of an engine where danger is imminent and they have to navigate their way out. Practice allows the pilots to better control the stress response during a real emergency. In effect, instinctive thinking or rapid cognition is being incorporated into long term memory.

To my knowledge surgical simulators do not simulate abnormal anatomy, presence of disease, emergencies or complications in order to improve rapid cognition.

Let us talk about the effects of fatigue and sleep deprivation on performance, another lesson from the airline industry. A group of pilots and surgeons were presented with a statement, “Even when fatigued I perform effectively”. Seventy percent of the surgeons agreed while 26 percent of the pilots agreed. We surgeons are in denial regarding the adverse effects of fatigue and sleep deprivation on our performance. What about stress? You can see on this chart that if you have a certain amount of stress performance improves. At some point the performance markedly deteriorates. In 1908 two psychologists, Yerkes and Dodson, performed an interesting experiment. Rats were placed into a maze and they were given low voltage shocks that improved their performance but as the voltage was increased the performance deteriorated. When I first started performing laparoscopic hysterectomies at the end of the case I was exhausted and now I better understand why. With more experience brain cognition improves and decreases stress levels. Heightened stress increases catecholamine levels. At some point performance deteriorates and is described as momentary autism. Incoming information is not processed correctly and mistakes are made. It has been said that if the surgeon’s pulse is faster than the patient’s pulse it is time to slow down and re-evaluate the situation.

Graduate medical education today is highly regulated and complicated. It has been described as dysfunctional. A fundamental problem of graduate medical education has proven consistently intractable, the tension between education and service. In addition, residents work less hours, there is more to learn, fewer hysterectomies are being performed and now we have more different approaches that did not exist when I trained. We have known for years that graduating residents lack surgical skills. It is not their fault. The system is failing them.

Good surgeons are not born or incubated. Yes, some have more innate talent than others. Doing a two-year fellowship is not long enough to re-wire our brains to integrate rapid cognition into long term memory. In order to become highly competent in minimally invasive surgery young physicians will have to compensate for lack of experience. Medicine in America today is tough. Surgeons are operating in a highly litigious environment. Teaching increases the risk for complications. In addition, operating room time is very expensive and we are pressured to do the cases quicker.

What is a young surgeon to do? If you talk to any successful surgeon they say there is no substitute for the basics. My approach was to befriend a highly competent minimally invasive surgeon. He performed laparoscopic hysterectomies in about 20 minutes using the retroperitoneal approach. It was like watching an artist, no wasted motion. He would easily perform eight hysterectomies in a day and oftentimes many of them were very difficult. In order to gain his confidence I asked permission to watch. I initiated dialogue to show him that I knew the anatomy, how to dissect and the instrumentation. Eventually he allowed me to scrub on his cases. For years I watched and scrubbed with him on his and my cases and slowly over time I got better and better. Success cannot be achieved alone.

Residents and young physicians would rather scrub on easy cases than observe more difficult cases. They seemed to be enamored with new technology. Nothing, nothing replaces experience which is gained through observation. Better understanding of cognitive issues as they relate to surgery may help improve patient care and safety. Young surgeons should befriend a mentor. That does not mean going into the operating room and immediately asking to scrub. Much can be learned from observation. Even today when there is an accomplished minimally invasive gynecologic bariatric or general surgeon operating, if time permits, I will go into their room and I will watch. No matter how good we are we can always get better and perhaps pick up a pro while watching, after all the magic is in the magician not in the wand.

In conclusion I would like to quote the famous Yogi Berra of the New York Yankees, “You can observe a lot by watching”. 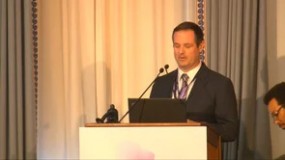 Harry Reich, MD - Endometriosis: The cure and why we are not there yet