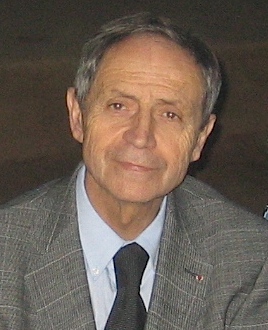 The Endometriosis Foundation of America (EFA) is  deeply saddened to hear about the death this week of Professor Maurice A. Bruhat.   Considered to be one of  “the fathers  of laparoscopic surgery” from France, Dr. Bruhat was a visionary when it came to treatment of  women with endometriosis.  To his family, we share your grief in this time of bereavement with deepest sympathy and condolence.

We have asked Dr. Harry Reich to share his memories of working with Dr. Bruhat in our guest blog this week.

The death of Professor Maurice A. Bruhat this week is a great loss for the gynecologic laparoscopic community! To all of us!  And, especially for those women with endometriosis.

Advanced laparoscopic surgery was practiced in France for at least 10 years before its use in the United States by Professor Bruhat’s team at the University of Clermont-Ferrand. The first excision of an ectopic pregnancy was done there in 1973.

I traveled to Clermont-Ferrand, France in 1985 to see what they were doing. At that time, I believed that I was the only one doing laparoscopic excision of ovarian endometrioma cysts. I was wrong as I observed it done there. During my two day stay, I was impressed with the hospitality offered to me by Professor Bruhat, his team in his center and operating room, and his home. His team included Jean-Luc Pouly, Gerard Mage, who became department chairman after Prof. Bruhat’s retirement, Michel Canis, who is the present chairman, Hubert Manhes, who remains the best “idea” man for me, and, of course, Arnaud Wattiez, the one of best laparoscopic surgeon in the world. Of course, they are all great surgeons. It remains an incredible accomplishment for Prof. Bruhat to have molded this great group. The first course in advanced laparoscopic surgery at the American Association of Gynecologic Laparoscopists (AAGL) annual meeting was in 1986. In 1987, Professor Bruhat's group presented the “French course” at my instigation, and they have been with us ever since.So, Professor Maurice A. Bruhat has been a great influence on me ever since I first traveled to Clermont-Ferrand in 1985. Believe me when I say that he and his department have been exemplary in their influence on endometriosis surgery in the world.