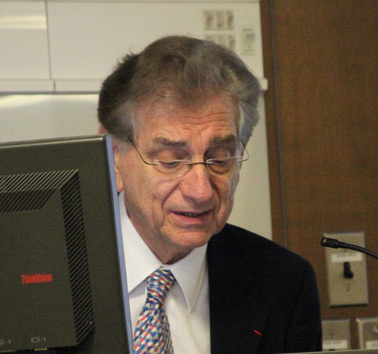 I will go through this as quickly as I can. I have shortened the text.

As you know endometriosis affects women of reproductive age. It is a polymorphic disease this was very well shown by Dan Martin; in appearance, variability and severity of symptoms and it is frequently progressive and invasive. These are normally the symptoms with which the pain patients come to us and obviously it often includes depression. These are three causes for which the patients get operated for endometriosis (chronic pelvic pain, infertility and pelvic mass). Pain can be controlled by medical treatment. (I am going to pass through all of these pictures because you have seen them already.) It can be quite progressive, the disease can be quite severe and affect the bowel and ureter as you have seen. With all of that we know little about the etiology, the mechanisms of invasion, the mechanisms of the production of pain, what causes the variability of forms and the reasons for the increasing incidence of the disease.

The treatment should take into account symptom severity, duration and nature of the symptoms, the extent of the disease, the fertility concerns of the patient, the age of the patient and the wishes of the patient and couple. This is a motherhood statement but very important. Medical treatment has become more effective but it is used principally for pain. Surgical treatment is really the only real tool we have to treat and excise the disease. But unless we do it right we do a disservice to the patient because surgery is the primary treatment for advanced endometriosis. You can see sometimes it even infiltrates the cul-de-sac right through whereby you can see the lesion through the vagina. It is a difficult search. The bowel, as you have seen earlier. But with surgery the best attempt is the first attempt.

You have heard this already, the principles are complete removal of the disease, conservation of fertility potential when required, minimal access and a precise microsurgical technique to avoid adhesions.

Microsurgery in our specialty was introduced really for infertility. This book was written more than 30 years ago and in the preface I say why we started microsurgical techniques because at the time they were using hoods to keep the tubes open and these hoods were removed at the second surgery. Each time I assisted to one of those surgeries it took hours to dissect all the pelvic and bowel lesions until we could get to the hoods to remove them. That is what initiated it.

What is microsurgery principle? It is very simple, it is surgery under magnification. But that is not enough. It is, as everything else, complete removal of the disease, identification and use of proper cleavage planes, precise alignment and approximation of tissues and to use a very atraumatic technique. This includes atraumatic handling of tissues and frequent irrigation of the peritoneum. I would like to support strongly what Dan Martin said, you use regular lactates instead of saline, this is very important. We suggested this some 40 years ago to use in lavage and humidification of the peritoneum. Meticulous hemostatsis means just to coagulate the vessel with doing minimal adjacent tissue, not just cooking the tissue. And very importantly, prevent foreign body contamination and conclude the surgical procedure with copious lavage with ringers, we also used Dexamethasone or corticosteroids for the lavage.

I will briefly mention this study by Ellis, it is an old study but patients who were operated previously for major surgery you can see that some one third of them get re-admitted to the hospital for reasons of adhesions. The readmission in the subsequent ten years is very, very significant. As you can see usually the...patients are admitted, whether it was surgery for mid or hind gut, foregut and even for gynecologic cases. As you can see 34 percent would be readmitted and the mean readmission rate would be around twice. Again, when we look at what happened with gynecological patients you can see that the ovary is probably the most adhesion producing organ. You can see the average number of times here that the patients were admitted to hospital. The summary is what I have shown you earlier.

What is significant is 30 to 41 percent of patients who require abdominal reoperation have adhesions related to intestinal obstruction. The rate of small bowel obstruction rises to 65 to 75 percent. It is very significant. That study alone demonstrates the importance of the technique. We have all kinds of...but the most important thing remains the technique that you use.

I am not going to go to how adhesions are formed but unless fibrinolysis occurs adhesions will occur.

Minimal Access: When we started laparoscopy we thought by just using laparoscopy, even if we spit into the peritoneal cavity, we would not get the lesions. It is a mistake. The traumas that you do performing the surgeries are equal irrespective of the way in the root of access that you use.

We did a study in Graz using laparoscopy, laparotomy and we were absolutely surprised when we looked at the measured surface of the adhesion and you can see why. Laparoscopy, we even had a larger adhesion. But because of the number of animals our statistical outcome was not statistically significant. But I am sure if you had double the number of animals that things would have changed. Do not think by using laparoscopy your technique can be anything. You have to be just as precise as when you use other techniques. You can see the surface of the ovary, single layer mesothelial cells and maybe does not even have the support the rest of the peritoneal has, so it is the most adhesiogenic organ as you can see. You find in the initial operation and pre and post operation after you re-operated the patient the ovary always has more adhesions.

Here, after a simple ovarian surgery though no...was done this was what we found as a result in that patient, a complete profusion of the pelvis. So, the peritoneum is the tissue layer that lines the wall and all the organs of the abdominal cavity. It is a huge surface. Imagine all the bowel is surrounded by mesothelium, all the pelvic side walls, the abdominal side walls and the diaphragm, so it is a huge, huge organ. It is composed of a single layer of mesothelial cells resting on the basal membrane and the underlying connective tissue. These mesothelial cells secrete substances that allow the peritoneum and visceral serosa to slide over one another, just the bowel moves, everything moves freely. They actively transport fluids, proteins across the serosal membrane. They modulate gas resorbtion, for example CO2, which is toxic to the peritoneum. They synthesize and secrete mediators which play important roles in regulating inflammatory, immune and tissue responses. We have to remember all this. And we have to think of the peritoneal cavity in adhesion formation as a whole, not just local. Yes, local factors...tissues, very important. But the peritoneal cavity can be a co-factor in the formation of adhesions, influenced by manipulation, desiccation, hypoxia and reactive oxygen species.

Hypoxia causes retraction of the mesothelial cells exposing the extracellular matrix. This causes substances and cellular elements that enhance adhesion formation or decreases repairs to enter the repaired cells to enter the peritoneal cavity.

It is very important, aside from using a very precise technique, to humidify the CO2 gas. Studies with addition of three percent of oxygen to the CO2 have demonstrated a valuable addition in terms of decreasing the damage caused by long exposure of the peritoneum to CO2. The same also applies to cooling the peritoneal cavity. Obviously we have to have strict sterility and use lavage with buffered solutions together with a precise technique.

In animal studies it has been demonstrated that it is possible to decrease adhesions by adding these co-factors, oxygen cooling and so on. Even the addition of corticosteroids would improve and decrease adhesion formation.

In summary, we have experienced significant progress in diagnosis and post medical and surgical treatment of the disease. We have progress in imaging, improved medical therapy in cases of pain and surgical techniques with minimal access. Yet, I remind you our knowledge about the disease remains limited. Maybe someday they will laugh at us that we used surgery to treat this disease as has been the case for many other conditions to date.

But, since surgery is our major tool the physician treating such patients must still have appropriate interest, knowledge and surgical skills in this field. The approach to the patient must be with understanding and empathy and willingness to follow the patient as long as required.

So, there I stop my little talk. Thank you. 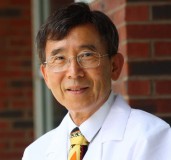 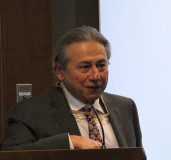