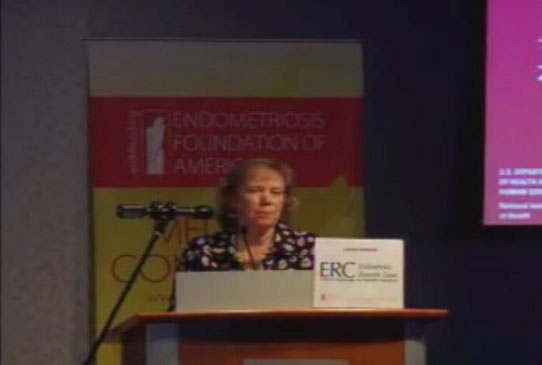 I would like to thank the organizers for inviting me to this very interesting meeting and for giving me the opportunity to talk briefly about the link between endometriosis and cancer.  As we know, endometriosis is a very common disease and we have suggested evidence that women may be at an elevated risk of developing certain cancers; however, as I will try to show you today, the issue is quite difficult to study and a number of the relationships remain unresolved.  We have also heard this morning that it is a very complex disease with a variety of genetic, hormonal, and immunologic alterations any of which could predispose to an increased risk of cancer.

There have been observations of synchronous findings of endometriosis in ovarian tumors and it has been estimated that malignant ovarian tumors may rise in 5-10% of patients with ovarian endometriosis.  Relationships with other cancers, as I will show you, remain less clear and this is probably a reflection of the fact that we have had few clinical or epidemiologic studies that have been able to address the long-term cancer risk among endometriosis patients.  Now, the reasons for difficulties in assessing the relationship with cancer risks are shown on this slide.  We know that many cases of endometriosis go unrecognized.  We also know that patients with endometriosis are under intense medical scrutiny and this may lead to increased testing and detection of cancers, which can give us a false impression of the occurrence of cancer among the patients with endometriosis.  Often times, these patients are treated with hysterectomies and oophorectomies, which of course can complicate our interpretation of the risk of developing either ovarian or uterine cancers, and then a number of the epidemiologic studies that have been conducted have been what are called case control studies where we compare patients with cancer with unaffected patients and we ask them to recall their history of endometriosis, which of course can raise concerns about the potential for recall biases.  Now, I became interested in this issue about 20 years ago when I was very surprised to find out that there was a real paucity of data in the literature to address the long-term effects among the endometriosis patients and to gather further data, I went to Sweden where there are opportunities for doing record linkage studies and what we did was to do a retrospective cohort design where we were able to assemble over 20,000 women who had been hospitalized for endometriosis and we identified them through what is called the

Swedish Inpatient Register and because every individual in Sweden has a unique identification number that is used for multiple purposes, we were able to link these patients against the cancer registry and to identify subsequent occurrences of cancer after an average of 11 years of followup and then we compared the cancer risk among the patients with endometriosis to the cancer risk among the general population and we found three sites that were statistically significantly elevated and here I have shown a measure of standardized incidence ratio, which is the risk of these patients as compared to the risk of the general population and you can see that we observed about a 30% elevated risk for breast cancer and 90% elevated risk for ovarian cancer and a 40% risk of developing hematopoietic malignancies and this was mainly due to their having a higher risk of developing non-Hodgkin’s lymphoma.  Now, the two important observations that came out of our study regarding the ovarian cancers were that we saw increasing risk of these tumors with increasing years of followup.  For the patients that we followed for 10 or more years, they experienced a 2.5-fold increased risk of ovarian cancer and we also observed a particularly high risk of developing ovarian cancer among the women whose site of origin of endometriosis was the ovary and these women had over three-fold increased risk.

Now, this population in Sweden has recently been updated by some Swedish investigators and they nearly tripled the size of the population of endometriosis patients and followed them for a longer period of time through the year 2000 and it came up with fairly similar results to our original analysis.  In the cohort, they observed 122 ovarian cancers developing in their over 60,000 patient cohort and this was associated with a standardized incidence ratio or a 43% increased risk of developing ovarian cancer.  Again, we found that the excess risks were restricted to patients with ovarian endometriosis and they observed no elevated risk for the adenomyosis patients, and they again found higher risk for the patients with longer histories of endometriosis and further found higher risk for those who were diagnosed at younger ages.  So, I think in toto, these two studies indicate that there is a high risk related to followup time and site of origin of the endometriosis, which suggests a biologic effect between the two diseases and these results complicate clinical observations of synchronous events and suggest that there may indeed be a long-term effect.  The only problem in interpreting these studies is that we are comparing patients with endometriosis to the general population and we know that patients with endometriosis are quite distinctive particularly in terms of their reproductive behaviors and these factors by themselves could influence cancer risk.  So, therefore, it is I think interesting to compare the results with a large case control study that was done by Roberta Ness and in this study rather than going from endometriosis to cancer, she went from cancer back to histories of endometriosis and this was done in a pooling project where she assembled over 5200 cases of ovarian cancer and compared them to non-affected women, and in this study where she was able to control for all of these extraneous differences between the two groups of patients, she found a very similar risk of development of ovarian cancer, a 50% increased risk.  Two interesting things that came out of this analysis was that she found that the increased risks were particularly high for the development of serous borderline tumors among malignancies and further, the atypical endometriosis has been associated with various alterations in tumor suppression and DNA repair genes and has also been associated with a number of other genetic alterations.  So, I think based on what we know from the epidemiologic literature on ovarian cancer, we now have results from several different studies that confirm the clinical suspicions that there is a link between endometriosis and ovarian cancer.

The association I think is quite biologically conceivable given that these two diseases share a number of mechanisms and this information has been very nicely reviewed in an article by Roberta Ness.  These similarities include the fact that both diseases can be promoted by estrogenics as there are some progesterone deficits.  There is certainly a role for inflammatory markers and as I briefly mentioned the possible histologic specificity may provide clues for further clinical and laboratory studies.  Now, what do we know about cancers other than ovarian cancer.  This really has not been well studied.  The cancer that has been most extensively studied has been that of breast cancer.  For breast cancer, at the moment, we have quite contradictory findings.  We have some studies that show a possible association but other studies that fail to confirm any link between the two diseases.  This again is a hard association to study given the possibility of shared hormonal risk factors between the two diseases and then as with ovarian cancer, we need to be concerned about potential screening biases, nonsurgical treatment effects, and of course the influence of confounding factors, differences in reproductive behavior, and other factors that might predispose to breast cancer beyond the endometriosis itself.
What do we know about non-Hodgkin’s lymphoma, which was the other cancer that we found elevated in our Swedish study?  Again, we have contradictory findings, some positive, some negative, and further there are additional explanations that could lead to this increase rather than a biologic effect.  There could be treatment effects for the non-Hodgkin’s lymphoma.  There could be shared immunologic factors and then there has been some suggestion in the literature that dioxin may be a common factor for the two diseases.  There have been a few other anecdotal reports of possible cancer associations related to endometriosis.  This includes possible increases in the risk of melanoma, brain and endocrine cancers, and thyroid cancer.  For melanoma, it is interesting that endometriosis patients have been found to have increased risk of developing dysplastic nevi, which we know is a precursor condition for the development of melanomas.  Thyroid cancers are of interest for further study given that we know that there are a variety of hormonal as well as immunologic factors that might be shared between the two diseases.  So, in summary, I think that we do have a fair amount of evidence supporting fair amount of both clinical and epidemiologic evidence supporting a link between endometriosis and ovarian cancer, particularly the clear cell and endometrioid cancers.  At the moment, the biologic mechanism is uncertain and I hope we will be hearing more about this in the next presentation, but there is some evidence to support that certain types of endometriosis may be a precursor for certain types of ovarian cancers.  Now, I do want to leave the audience with the message that even though there is a two- to three-fold increased risk of developing ovarian cancer among endometriosis patients, ovarian cancer is still a very rare condition.  So, even with this doubling or tripling in risk, the absolute risk that a woman with endometriosis would face is still quite low and I think nothing to be terribly concerned about but certainly should merit some attention and some additional monitoring of the risk, particularly as follow-up time ensues.  So, clearly, there are number of areas of needed future research.  There has been some suggestion that the link between endometriosis and ovarian cancer may be enhanced by certain treatment effects.  One report of danazol being the contributing factor, but there may also be other covariates that merit further attention.  We clearly need further large scale epidemiologic studies and I emphasize the need for large scale because most of these cancers are quite rare events and as you saw, even in a population of over 60,000 women, it is hard to accrue very many numbers of rare events like ovarian cancer.  So, we certainly have need for further studies particularly to evaluate some of these unresolved cancer sites including breast, thyroid, brain and endocrine cancers, non-Hodgkin’s lymphoma, and melanoma.

Thank you for your attention. 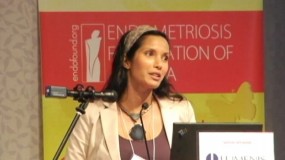 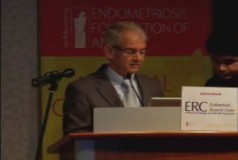