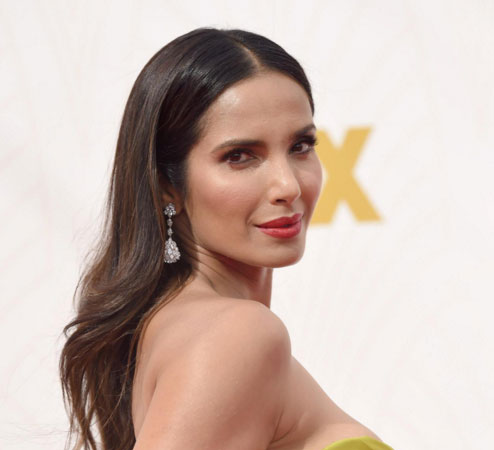 Women with endometriosis often have to suffer in pain for years before receiving a proper diagnosis. (Getty Images)

Endometriosis is a painful disorder in which tissue that normally grows inside the uterus grows outside of it. It can cause cysts and scar tissue to develop, often resulting in severe pain during a woman’s period.

Dunham detailed her experience with the disorder in the newsletter, describing how she was frequently in pain while growing up, but didn’t know why, and how her condition can impact her ability to work. It was only recently, she says, that she received a proper diagnosis.

“I know I’m lucky in the grand health scheme, but I also know that I am one of many women who grasp for a sense of consistent well-being, fight against the betrayals of their bodies, and who are often met with skepticism by doctors trained to view painful periods as the lot of women who should learn to grin and bear it,” she wrote.

“Top Chef” host Padma Lakshmi also said in an interview with the newsletter that she battled with the disorder for 23 years, until she was diagnosed at age 36.

“I modeled after college, and I knew I couldn’t take any assignments the week my period was due, because the few times that I did wind up working while having my period were just horrible,” she says. “I would run and throw up, or just be so doubled over in pain that it just wasn’t worth it.”

Lakshmi says her endometriosis was so debilitating that she couldn’t work or date during those weeks: “That’s 25 percent of my life, and I could never get that time back.”

Endometriosis affects about five million American women, according to the U.S. Department of Health and Human Services. It is often found on the ovaries, fallopian tubes, tissues that hold the uterus in place, and outer surface of the uterus, but can also grow on the vagina, bowel, bladder, or rectum.

Pain in the most common symptom, the organization says, including very painful menstrual cramps, long-term pain in the lower back and pelvis, pain during or after sex, and painful bowel movements. Bleeding or spotting, infertility, and digestive problems are also symptoms.

“Endometriosis can sometimes be difficult to diagnose because the symptoms can vary from person to person,” she says. “The symptoms can also be vague and mimic other conditions.”

While most women experience pain, the location of that pain can differ depending on the location of the endometriosis, which can confuse doctors and lead to a misdiagnosis, Wider says. (Dunham, for example, says she was repeatedly checked for appendicitis and urinary tract infections.)

It’s possible to test for endometriosis — a doctor will perform a thorough medical history check and physical, followed by a pelvic exam, sonogram, and/or laparoscopy (a surgery in which a thin tube is inserted through the stomach to look at abdominal organs or the female reproductive system).

There is no cure for endometriosis but, once a woman is diagnosed, she can be treated with hormonal birth control or a hormonal intrauterine device (IUD) to try to relieve the pain. Surgery is also an option to try to remove patches of endometriosis.

However, Wider says the outcome can vary for women. “Endometriosis can be effectively managed, but it depends on severity of disease and how it is treated.”

Lakshmi ended up co-founding the Endometriosis Foundation of America after her diagnosis, which works to increase recognition and fund research for the disease.

“If you have endometriosis, it’s something you’ll have to deal with for the rest of your childbearing life,” she says. “But if you can’t even identify it, if you don’t even know what you’re managing, then you don’t have a fighting chance.”

For more information on endometriosis and how to ask your doctor if you may have the condition, please visit the Endometriosis Foundation of America’s website.