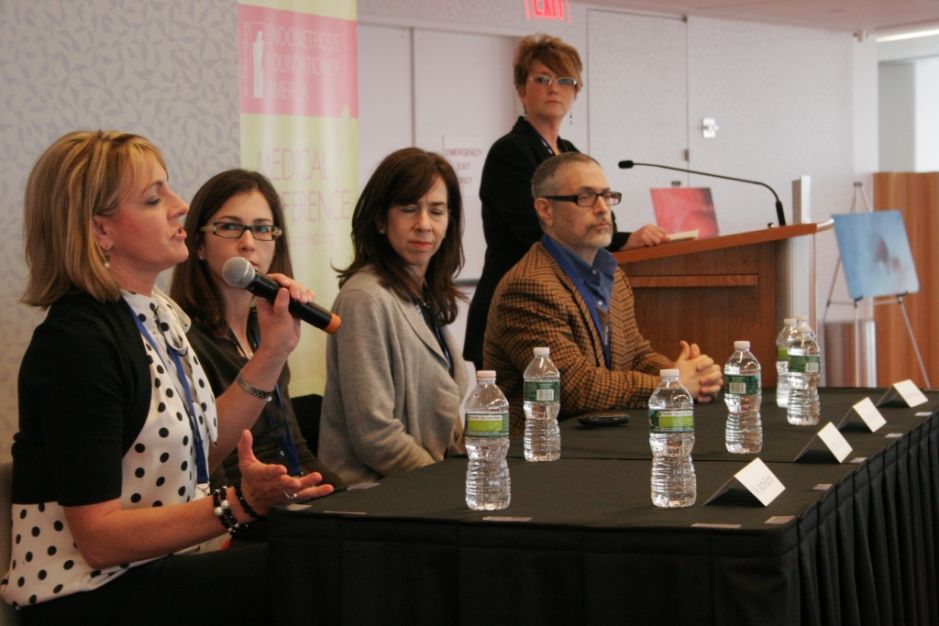 We're here with Kelly Jacob BURNS. We are a day two the Endometriosis Foundation of America's second Annual scientific and patient advocacy conference. Kelly, you've been a really educated and empowered advocate I wonder if you could take a moment to tell us what message do you have for viewers what can women within endometriosis to do effectively help themselves.

Well first of all, I want to say thank you to having this conference and thank you, for having me here this is actually one of the greatest days of my life because when you've been a victim for so long and been a prisoner of endometriosis. This is just honestly an amazing event. And I just can't say enough about Dr.Seckin who did my last surgery on January fourteenth and I'm feeling great I think the most important state thing to say to other endometriosis sufferers is don't give up don't doubt yourself and it's unfortunate that a lot of people still say oh you know you're imagining things or you know it's not a real disease you know it's you can't really see it from the outside how could you go from one day being fine to the next day not being fine and you know here I am eleven years later that I've had this disease eight surgeries later seven IVF's later finally having a child through adoption but what I didn't do is I didn't give up and I didn't let people say you know oh yeah there's something wrong with with me it's there it's or it's nothing there is something wrong endometriosis this is a very real disease and it's in real need of more research more highly qualified and caring doctors like Dr sets again who know. Only is he a brilliant surgeon but also as a humanitarian. And what he as a compassionate and empathetic human being that's what we need we need doctors and nurses and people in the field and we need endometriosis is to really roll off the tongues of people it can't be this foreign word anymore you know I actually had somebody say to me oh well at least you don't have cancer. And I don't mean to take anything away I've had people in my family that have had cancer but endometriosis this should not be like oh that this other thing it's a very real disease that it impacts not only women but their families possibly their ability to be a mother biologically and I think anything else this conference is teaching us that there's so much that we can do there's so much that needs to be done and I'm just really really so happy to be a part of it so if you're out there right now and you're suffering don't give up look up Dr.Seckin and look up the organization come be a part of us and we will be there for you you so you keep fighting and we will be there for you to help you in this fight

Thank you so much Kelly.