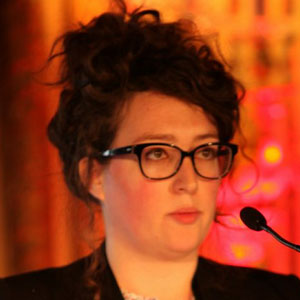 Hi, as was mentioned I am not Judy Waxman, I apologize that she is not here. But I am glad that the National Women's Law Center is able to be here to talk, take a little different angle today. I am not a scientist, I am not a doctor, I am a lawyer at the National Women's Law Center, which is an organization in DC. We are about 40 years old and we focus on a range of women's rights issues including education and employment, family economic security and the area that I focus on is health and reproductive rights.

I am going to take a little step back in my presentation first to talk about the Affordable Care Act and issues that both men and women face in health care but are particularly harmful for women. I am then going to move a little bit more specifically to issues that relate to women with endometriosis and the bias and discrimination that they may face. But because you all are much more expert in the specifics of endometriosis I hope that the background will make you think of things and we can talk in the discussion section about other specific issues; about bias and discrimination that you may be more familiar with.

First some ACA insurance reforms that, again, affect both men and women but are particularly helpful to address discrimination issues that women faced on insurance coverage, especially women with pre-existing health conditions. The first is that the ACA guarantees that people will be eligible for insurance coverage regardless of their health status. Another way of thinking about that is insurance companies can no longer discriminate against people based on their health status. What happened a lot of times is that the sickest people would try to get insurance and the insurance company would say. "You are already too sick, we do not want to cover you". The ACA ends that practice.

In a similar vein the ACA ends the insurance company practice of excluding from coverage any pre-existing conditions and this is a really important thing for women because a lot of the pre-existing conditions often either are only affecting women or primarily affecting women. Having had a c-section could be a pre-existing condition. Being a victim of rape or sexual assault could have been a pre-existing condition that the insurance company would say, ‘Okay fine we will cover you but we won't cover you for any injury or treatment relating to those things". Of that practice the ACA says no more. Third, the ACA bans the practice of gender-rating, which was basically insurance companies charging women more than men for the exact same coverage. The kind of amount by which women were charged more varied widely across the states, the Law Center has done a couple of studies over the years tracking, comparing a 30-year-old woman to a 30-year-old man, the difference in one state could be the woman charged 12 percent more and in another state 30 percent more. It varied a lot. There was no real rhyme or reason for what this difference in cost was. These collectively together we often during the advocacy for the Affordable Care Act were referred to as ending the idea that being a woman is a pre-existing condition because a lot of these things really affected women in a disproportionate way.

The fourth piece I wanted to touch on is that the ACA requires all new insurance plans to cover preventative services. Among those are contraceptives coverage, which I will talk about a little bit about in the next slide as well as well-women visits so insurance claims have to cover these preventative services with no cost sharing so with no up front cost to the woman because the financial barriers to even just getting to the doctor were just making women not show up. If there is a question as to whether the woman is going to put food on the table or go to the doctor, or have her child go to the doctor, or her, she will not go. The ACA makes it a lot easier for women to get over the financial barrier to just even getting in to see the doctor.

Just to touch on contraceptive coverage because I know it is an important treatment option especially for women with endometriosis among other reasons just that at a basic level having access to birth control is an important part of women having a comprehensive health plan. This contraceptive coverage provision requires that insurance plans cover the full range of FDA approved methods of contraception, all related education and counselling, and all of this at no cost sharing. The full range piece I think is particularly important. That means oral contraceptives, the ring, the patch and IUD mean that women can make the decision with their doctors about what method is best for them. This can be especially important for women with other health conditions like cardiovascular disease meaning they cannot take certain forms of birth control and need different options. Because the financial barriers to those different types of birth control are now eliminated women can make that decision without having to weigh the financial piece quite as much.

Moving onto the piece of the law center that I really focus on is this new end to discrimination provision in the Affordable Care Act, which is section 1557 of the law. If you are familiar with Title 7 in employment discrimination law or Title 9 in education, both of those laws prohibit sex discrimination and this is the third piece of that to prohibit sex discrimination in health care for the first time in federal law. It also expands existing protections against discrimination based on race, national origin, color, age and disability in health care. It applies to a broad range of pieces of the health care system. In particular there are programs or activities that receive federal financial assistance so that may be a hospital that receives Medicare or Medicaid money or funding for research studies from the NIH. The second category is programs or activities administered by executive agencies - so again, what comes to mind are research programs, anything that the Center for Medicaid and Medicare Services administers, things like that. And the third category is entities established under the Affordable Care Act so that primarily - one big example is the health insurance marketplaces that have been established or will be in certain states.

I picked out a couple of relevant health care programs that I thought might be interesting to talk about in the endometriosis context. The first is insurance coverage because in addition to the specific provisions I mentioned earlier this end to discrimination provision really is an umbrella or catch-all to address discrimination based on sex or disability in insurance in other ways. You could think about exclusions from coverage, or visit limits, or provider networks and this end to discrimination provision may be a way to advocate or also to challenge insurance plans that have, for example, a provider network that severely limits women's access to OBGYNs or their preferred women's health providers.

The second, as mentioned before, are health research projects because as we know a lot of progress has been made in researching conditions that particularly affect women but there can be a lot more progress, there are still big gaps and I know, as I have heard today that endometriosis itself is still a very understudied area. So 1557's end to discrimination provision can be a tool to potentially push federal agencies to focus more on this condition that is affecting a large number of women.

And the last category is both health providers and health institutions. I put this in here because I know that women can face a lot of providers not taking their complaints about pain seriously or women being told it is all in their head. This compared to men's complaints of pain, which are often taken more seriously, which can then lead to misdiagnosis and under treatment for women. Again, putting a discrimination angle on it can help in the advocacy context in addition to some of the more serious legal challenge context.

Lastly, I just wanted to touch on workplace discrimination context for women with endometriosis. As I think was mentioned earlier endometriosis can interfere a lot with both women in the workplace and in school. I am focusing on the workplace piece here because that is where I have seen, of the handful of cases that have been brought in the United States under our employment discrimination laws, that have really been the workplace context not so much the education context. Basically women may seek reasonable accommodation in the workplace such as modifying their work schedule, being able to work from home to avoid commuting, taking additional unpaid leave for medical reasons or transferring to a different type of position that is sort of a light duty position so they do not have to lift heavy things if that is the type of job they normally do. These are the types of accommodations that people with disabilities regularly seek and that employers are required to provide under our federal and state employment discrimination laws.

As I was looking at this there really are not a tremendous number of cases that have been brought by women seeking accommodations for endometriosis but it was interesting to see that there have been some cases brought under disability discrimination laws as well as sex discrimination claims. A couple of successful cases in both state court and federal court have found that endometriosis is a disability for which employers are required to provide reasonable accommodations. One recent case found the opposite, that it was not a disability because it did not substantially limit a major life activity, which is the legal test under the Americans with a Disabilities Act. However, a year after that decision the ADA was amended to broaden the definition of major life activity and to make clear that substantially limited in a major life activity did not mean completely limited. Because not only in the endometriosis context but in a number of disability contexts courts were setting a very high bar for what could be defined as a disability. It may be that in cases that are brought, newer cases that are brought now under this new amended law, it may be easier to make those claims about disabilities in general but about endometriosis specifically.

I add the sex discrimination piece here just to, I think it is an important aspect as this is really a female specific condition to identify that there are elements of sex discrimination where an employer may not take the accommodation requests of a female employee as seriously as they would if a man was making a request for accommodation for back pain or something like that. But in general because endometriosis can be found to be a disability the disability discrimination claims are really the primary way that in the cases so far that I have seen where people are being successful.

That is what I wanted to talk about and I just wanted to plug two things that I thought the providers and patients in the audience might find interesting is that the Law Center has a Preventative Services Hotline if people are having difficulty getting their insurance to cover their contraception as well as other preventative services that insurers are supposed to be covering. We have a great attorney who is helping people through that. In addition, the Law Center and AGOC will be having a webinar on the 27th about contraceptive coverage and you can contact Shirley to find out more about that. 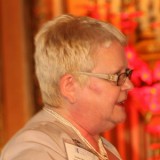 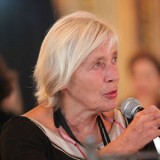