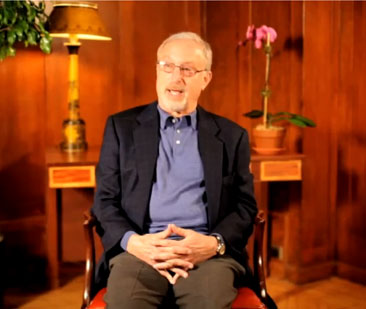 Tubal ligation in the beginning used a type of electrical energy that could cause injuries. It was stray or monopolar electrosurgical energy and in the early 1970s the bipolar electrodes were developed by Richard Kleppinger and Jacques Rue so that made tubal ligation much safer. It also gave us a unique way to stop bleeding during surgery. So in the 1970s, in the early days, with what we are talking about at this meeting, endometriosis, the surgeon adapted a technique where they would look in with a laparoscope and see what was wrong. And then bring the patient back, usually in one or two months to do a definitive operation usually through a Pfannenstiel incision, a cosmetic incision.

Now, for myself, I trained in Boston with Robert Kistner who was one of the leading writers of textbooks and also an endometriosis surgeon. He would do first, as we talked earlier, a culdoscopy, which was a very uncomfortable procedure where the patient would be on all fours and one could look into the abdomen but really only get a very distorted view. It changed over around the early 1970s to laparoscopy. Then he would bring the patient back in a few months and do an incision, cosmetic incision. He would fix the endometriosis of the ovaries and then he would do a nerve severing operation where he would, it was called a presacral neurectomy, but with disease like we see today involving the rectum and the back of the uterus they did very little work there.

For myself, I started my private practice in 1976 and I adapted the techniques that I was trained in at the Boston Hospital for Women, which is now the Brigham Women’s. I would bring the patient back in a couple of months and do the definitive surgery. Around 1978 I said, “I could do a lot of this stuff without bringing the patient back” and I started treating endometriosis by excising it from the pelvic sidewall and from inside the ovaries. Lo and behold, many of these patients got pregnant with the laparoscopic procedure without having to be brought back for a full operation.

Now, when I first began presenting this stuff in 1984, 1985 it was pretty remarkable surgery but again I was fixated on the ovary at that point. Somewhere around that time my pregnancy rate probably was not as good as I suspected it would be from taking endometriosis out of ovaries. I started then focusing on the area of the anterior rectum and the posterior uterus and vagina. Again, as one practices, in the beginning it is infertility surgery and then with endometriosis most of your patients come in with pelvic pain. These patients have severe pain with sexual activity in many cases, and surgically I could feel the lesion before the surgery and during the actual surgery I would try to remove the lesion that way.

I started presenting this stuff in 1985 on taking out ovarian endometriomas and by 1986 they invited me to be in an advanced course at our American Society of Laparoscopic Surgery, which started in 1971 but really was just a tubal ligation society. In fact, in 1985 the attendance was very low because everybody was doing tubal ligations and they did not learn that much more. In 1985 we brought them laparoscopic real surgery and in 1986, like I said, I was on the advanced course and by 1987 I had my own course.

To show you how great an advance that was I have to admit that laparoscopic surgery was being done in Germany, especially up in northern Germany by Kurt Semm and in France by the group from Clermont-Ferrand and I knew this, I had seen them working. In the United States we would have, at our annual American meeting, we would have the French course and the German course and I said, “Hold on a minute, we should have the American course”, so we started doing the American course. Of course that got very popular, especially after 1988 when I introduced laparoscopic hysterectomy – we did the first one. Around 1988, 1989 we introduced cancer surgery through the laparoscope and bowel resection through the laparoscope.

Those were keynote times and in retrospect we have done almost all the surgery before the year 1990. I think the biggest advance that I have seen over the last 20 years, well of course you have the abundance of fancy, gimmicky instruments, but still bipolar energy is the keynote that one has to be able to do. The second advance that is still so important today is laparoscopic surgery that we can suture the bowel. The third advance I think for endometriosis surgery especially is the use of the stapling devices that resect bowel endometriosis safely.

The future right now is dominated more and more in the teaching of residency programs by the robotic type surgery, which I think is the wrong direction. Really, like I said before, you can do almost everything without the robot in gynecology in direct contrast in urology one is sewing a hole in the bladder to a very small urethra, and it is very difficult surgery, and the robot is very helpful there. But what has happened recently is that with the robotic surgery the company is promoting it from hospital to hospital. In many cases people who are not that adept at doing surgery, remember the average gynecologist does 15 hysterectomies max in a year so they do not do it all the time, they are now trying to bring these people to be able to do it through the robot. I think there is, of course, already there are many complications with that technique.

In the future we would like to see more surgeons doing laparoscopic surgery with simple, available, low-cost instrumentation by being better skilled and be able to sew and do everything they could in an open abdomen with a laparoscope.