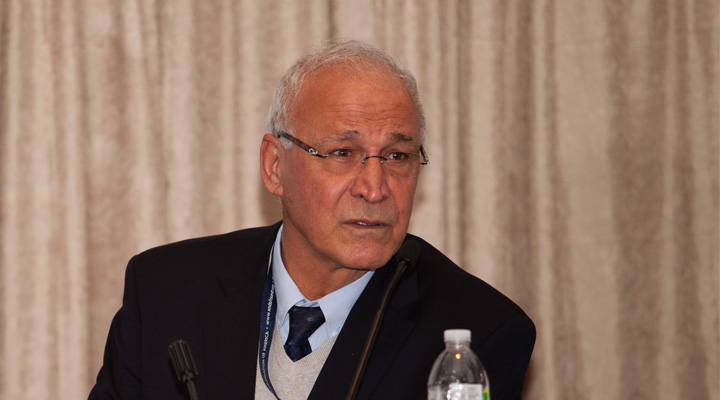 Thank you Harry very much. Tamer, thank you and congratulations for such a wonderful organization I appreciate that.

Where I come from we see a lot of endometriosis and very extensive as a matter of fact. As we can see surgical management of endometriosis has been extensively scrutinized in Europe in the past few years creating a lot of controversies and contradictions and you cannot image how…it is. This is just some of it. The most contentious area has been the outcome of IVF after surgical removal of endometrioma claiming that there is a decreased number outside, lower implantation and fertilization rate. Then you can go to contradictory articles and publications but the bottom line is that a true meta-analysis that was in 2009 and 2012 it really did not justify this claim and I do not think there is really a stand to be true. But I think the main reason for all these controversies and contradictions is the mere fact that we have a limited knowledge and research about the area of pathophysiology of the disease.

I think as we discussed many, many times this morning it has been mentioned, the main pathology is smooth muscle metaplasia and fibrosis of the cortical layer. This was published in 1996, then 1999 and then by Professor Anaf in 2000. In these pictures you can see, is from Professor Anaf, you can see this lesion or pathology and ovarian endometrioma this is less than three cm you can see is creeping into the cortex and the result is fibrosis and destruction of the follicles. You can see there is peritoneal endometriosis, you can see rectovaginal endometriosis. It does not make any difference. You can see the white lesion, you can see the black lesion. But what you do not see is that when you analyze or look at the pathology from the utopic endometrioma patient with and without endometriosis these lesions are absent. Or if you perhaps see the peritoneum next to the peritoneal lesion this lesion is absent that is why they call them metaplasia.

The most important thing is that this originates probably from stromal cells. At the same time the lesion is progressive and time dependent. The more you wait the more progressive and advanced it gets. Again, the most important point there is no correlation between the size of the disease and the pathology. These are the things you have to really remember.

We do not know why it is caused, how it is caused, what we can do to prevent it and stop it from progression in order to prevent a cortical tissue at the ovary to be destroyed and the eggs to be destroyed. There is not much information. In the latest literature there is some indication coming out that really pathology starts from toxic material inside the endometrium, which has a very high concentration of iron and reduced oxygen species proteolytic enzyme so forth and so on. These are the ones that really diffuses the cortical tissue and initiates a cascade of other physiological problems and genetic alterations eventually ending to this pathology, which you can see right here. If you look at this pathology it is pretty close to the same pathology you can see in the ovary which is exposed to chemo therapy. Here you can see normal ovarian tissue, this is a cortex, this is the medulla, this line sort of delineates these two. This is the same cortex from a patient with endometriosis, which is…of fibrotic tissue and this is from a patient who has been exposed to chemotherapy.

Having said all these things and considering the nature of the lesions three questions come to mind:  Are there three different types of endometriosis which have been discussed so much in the literature, peritoneal, ovarian and adenomyotic nodules? The second issue is that do we really have to wait to treat endometriomas. I am glad that Dr. Gordt mentioned this morning there is no reason to wait because the pathology is progressing. And the third is that ESHRE has a guideline really that in the case of ovarian endometriosis and…should not be operated. That is really illogical. I think these are the points that we have to consider. I personally feel that the answer to all these questions is no.

But the main factor that influences the surgical outcome the number one depends on the surgeon’s experience. There has been a lot of talk this morning and yesterday about the experience of the surgeon. This has been documented by many, many public…I show you one here.

The most important is the second issue, the state of the ovary at the time of surgery that this ovary is operated. Look at this thing. This has been operated before, has been manipulated, coagulated, burned and so forth and so on. The outcome of pregnancy with this patient with this kind of ovary is not going to be comparable to this one. But if you look at this one this initial development of the stage of ovarian endometrioma, you can see the lesion in the peritoneum and then attaches to the ovary, bleeding continues and soon the cyst develops. Then you have a small endometrioma, multi-lateral endometrioma, they all have different prognoses as far as pregnancy is concerned in fertile patient.

The third one that we have to always really keep in mind is who are we operating on at what age? That means ovarian physiology by advancing age. As you can see your lady is born with about one million eggs and gradually decreases coming out to about 1000 by the age of 50. At the same time proportional poor quality oocyte from the age of 20 increases creeps up to higher level by about age of 50. When you get a patient with endometriosis operate between 20 and 30 you have a very good chance but if you get a patient at the age of 40 or between 30 and 40 the outcome is not going to be the same thing. That is, I think, a very important issue. At the same time…of course they…

The best surgical approach, in my judgment, Dr. Gordt talked about it, coagulation and so forth, I basically do not do coagulation. I think surgical excision is what we have learned and what we do. I think our result have been pretty good. And of course it has been proven by your Cochrane studies. I will not go through it.

Our surgical technique is practically based on the anatomy of the ovarian endometrioma, which is actually explained and published by Dr. … in 1957. It is actually…assist and that is what it looks like. Once you separate this ovary from the peritoneum then you are dealing with three segments in our judgment. We call them ovarian cell invagination, which is this part, then you are talking about endometrial lining, which is inside here but the most important part is peritoneal cell invagination that Harry has been talking about so many, many times. I think to us this is as important resection of it as stripping endometrioma and closing endometrioma. For ovarian cell invagination we trim the ovary 360 degrees for two reasons. Number one, we come over the planar cleavage for endometrial lining, which you can see it very clearly. And number two is many, many times in my practice I have seen once you trim that you see smaller endometrioma in the follicles, which is embedded in the endo’s fibrotic area. When you excise you see it and you can take it out. This is one of the causes of recurrence. And therefore the endometrial lining we strip it and take the endometrioma out if you get to the good planar dissection there should be no bleeding. But the most important part of the peritoneal cell invagination which is resection with clear margin. But it is challenging.

Why is it challenging? A lot of people do not touch it because there are important structures underneath. The ureter, and then you talk about pelvic nerves, uterine arteries and sometimes this lesion is so big I will show you medial, it extends to the parametrium even directly to the sigmoid colon.

Here are two large endometrioma. Imagine when I take the thing out you see the infiltrated area of the parametrium. Now we trim it. You trim, you see the lining, once the trimming is done here is the stripping. We take the endometrial lining out completely. The uterus has already been suspended anterior abdominal wall. Then we close over with 4 0 vicryl. I do not leave them open because it gets attached completely. Then suspend around the ligament with a single suture, now you have access to the entire pelvic cavity. The rectal probe is there. Now to take all the DIE open up the ureter from the healthy side of the peritoneum by the pelvic brim the…dissection allows the…pelvic ligament. This is the lesion you see quite often at the peritoneal cell invagination extensive ureter and uterine artery. Here is a ureter the uterine artery is here you can see the wedge shape penetrates inside the peritoneal. You can see much better on this side. Again, the dissection is continuous, ureter, always ureters pull toward the lesion completely. Now the pararectal space is open. Now you can see how much parametrium is involved here. This is the pararectal space on the other side and the second part is getting to the rectal vaginal septum to isolating the entire lesion and then taking it out. When taking out our approach is retroperitoneal. Why? Because we want to see the depth of the lesion and from the bottom we can take the lesion out.

Now, here the peritoneum is open, dissected, pull it and push it to find out how deep the lesion is. Here the lesion had adhesion, or whatever you want to call that, it extended the ureter and uterine artery, I mean the ureter is here. If you notice the ureter after the dissection there was another structure here, right here. But once the lesion is removed it goes back to normal. The whole idea is to recognize the depth of the lesion and remove the lesion completely – clear margin. Now, that was…lesion, now the ureter is completely pulled out and that is the entire cul-de-sac it comes out. When you look at this lesion from the posterior side you see a different type of depth of infiltration of the lesion. Now the rectal surface was slightly – that lesion we removed that one out – then the defected peritoneal its serosa surface is closed. We tried to take all the dead space, peritoneal defect is closed with 4 0 vicryl. Bring everything back together. The best way to control the bleeding and that is the end result.

Endometrioma is a culprit for more advanced disease and DIE. One of the lesions, the DIE that we see most commonly why that area of urethral vascular junction?

Harry Reich, MD:  Good job on endometrioma. Now we are off to the rectum. I do like that you showed the culdotomy excision. That is something everybody forgot.

Adel Shervin, MD:  But did you know this is scissors? The scissors are the same to me that I have been using for 30 to 40 years. All scissors.

Harry Reich, MD:  Exactly! It is all going to come back now that they got them taken of the morcellator from the market.

Adel Shervin, MD:  Here is a small endometrioma. Look at the thickening here. Once you open this thing I want to show that if you do not take the lesion out what happens. That is the lesion extends and even involves the ureter.

I thank you all very much. 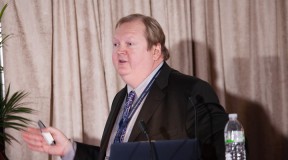 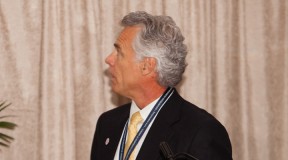