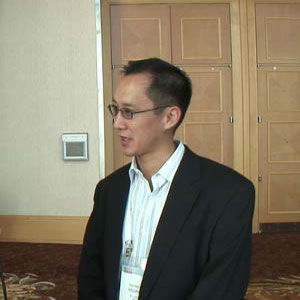 Heather Guidone:  We are here at the 40th annual AAGL Congress on Minimally Invasive Gynaecology with Dr. Patrick Yeung from St. Louis and Dr. Yeung we were talking about the importance of early intervention, early diagnosis, and correct gold standard treatment. Can you elaborate a little on that?

Dr. Patrick Yeung, MD:  Well, I think this is something that we have known and believed for a very long time and now we have some evidence that has been published to back that up and to demonstrate that. What I mean is the study that was published in Fertility and Sterility just this year. It is in a population of teenagers who all achieved or had undergone complete excision. That means removal of any abnormal peritoneum and done by an expert, somebody who understands what endometriosis looks like and both its typical and atypical forms. We know that in teenagers it often times is early in the process in the natural history and that it is often seen or exists in its early forms. They all had complete excision. It was up to a five year follow up on average two years. These women, 45 percent of them, underwent a second look laparoscopy down the road because they still had some pain. To be clear on that, even though they had some pain the study showed that their pain scores were improved and their quality of life was improved.

But the benefit is about half of these patients gave us a chance to have a second look. We went back in and looked for endo again and there was no endo. The number of patients who had endo in a teenager population was zero. This is unheard of. It really goes against, I would say, three common paradigms; 1) that teenagers should not get surgery; 2) that even if you do some surgery and/or hormones that it will always come back; and 3) that you need post-operative suppression or some kind of hormonal suppression after surgery until they want to get pregnant, whatever you do during surgery. This shows the opposite, this shows: 1) that there still may be some pain but to diagnose the disease and cut it out early is clearly part of a management plan for pain, for teenagers. Again, they felt better, they had a better quality of life; 2) more importantly, it actually implies that if you get in early, and again expert hands can get it all basically, cut out the bad leave the good I say, you can potentially eradicate disease and thereby preserve fertility by preventing progression. This is huge for these young girls. So, the fertility aspect is more important.

Heather Guidone:  Also, if I can just check with you on something, there are several reports that the disease is actually quite aggressive in young women. Is it fair to say that excision should always be performed in teenagers? Or is there ever a role for vaporization?

Dr. Patrick Yeung, MD:  Well I think…the problem in the debate of vaporization or ablation that we call it versus excision is if it is truly superficial then maybe if you were to vaporize it that might be enough. The problem I feel is, you cannot really know. You cannot know which lesions are invading and I teach residents and I make this point all the time. I have been fooled. You look, it looks superficial. Until you cut around it and get down to the bottom down to normal tissue you cannot tell which ones have invaded or not. We know endometriosis can invade.

I think the potential implication for fertility in terms of preserving fertility and preventing progression as a reason for early diagnosis and complete excision in teenagers is probably more important than even the pain piece and the pain benefit. And the third result or conclusion from this paper is that you do not need post-operative suppression to achieve these results. Because the surgeons felt like they got it all they did not specifically advise or recommend post-operative suppression.

Patrick Yeung, MD:  They could take it if they want, Luperon, chemical menopause, birth control pills, chemical pregnancy, something like that. They could take it if they wanted to. A third took it but that means two thirds did not. And still, when you went back, none of them had endo. So, again I think that the power and the importance of early diagnosis and timely treatment by excision, is really, I think, the best, well, the key to prevention and best treatment for endometriosis, to steal a phrase and a quote, from Tamer Seckin, 1995.

Heather Guidone:  Excellent. You are going to be at our March 2012 conference as faculty. Will you be presenting on this?

Patrick Yeung, MD:  I will be. I will go into more depth about this, the research on excision and teenagers and early diagnosis and really try to help give some of the information that is really –hopefully - will change paradigms and give some support to what we already know, really but now we have some evidence to show that.

Heather Guidone:  Excellent, thank you so much Dr. Yeung, we appreciate it. 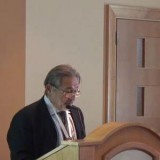 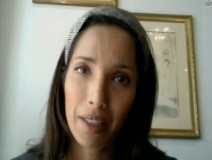