I was officially diagnosed with endometriosis in 2016. I had little to no idea what the disease was, which meant that there were probably many more people who were just as unaware that this disease exists.

Although I was struggling terribly—both mentally and physically—from the disease, I knew that fundraising for this marathon would be a great thing to do. Not only could I partner with a great organization, but I could also use the opportunity to finally open up to my community about my endometriosis journey and advocate for funding to help find a cure. Part of the requirements for being on the Rock ‘n’ Roll charity team is fundraising at least $500, and I was hopeful that once I shared my story, I could do it.

The marathon was scheduled for March of 2018, but EndoFound began accepting team applications in the fall of 2017. In October 2017, I went to the EndoFound’s website and applied to be a part of their marathon team. Shortly after I applied, I received an email stating that I had been picked to join the Endometriosis Foundation of America’s team for the Rock n’ Roll marathon. I was super excited and ready to get to work.

Included in the acceptance email was a team member contract form to sign. I signed the form, submitted it back to EndoFound, and put down a $10 deposit as requested. The deposit helped to guarantee your spot and went toward my $500 fundraising amount.

I had never fundraised for anything like this before, but thankfully EndoFound was there to navigate me through every step of the way. After accepting the team invitation and putting down the $10 deposit, EndoFound informed me that the next step was to make a page on their team CrowdRise/GoFundMe page (now they use Click & Pledge as their fundraising platform). That’s where we encouraged our donors to go. Since the CrowdRise page link was also included in my acceptance email, I just clicked on the link and began creating and customizing my page.

I was then informed that some of the team runners opted to make short videos about their endo journey and why running for EndoFound was so important to them. The videos were inspiring and personal, were found to drive fundraising, and EndoFound would post them on their social media platforms close to the race date.

Great, I could do that. I was a communications major and had been trained in video editing, but I was extremely nervous about even telling people I had this unknown disease or that I was even sick at all. Thanks to the support of the Endometriosis Association, EndoFound, my friends, family, and some colleagues, I found the strength to pull the curtains back and shine a light on my endometriosis journey through the camera lens. But I didn’t want to stop with a fundraising video. So, because I’m me, and love to go all out and celebrate every January birthday like it’s my last, I decided to look into throwing a birthday party as a charity event to support my Rock ‘N’ Roll run.

Once again, EndoFound provided amazing assistance and resources to help me with my birthday/charity event planning. I was given fundraising templates for email and social media, posting date ideas, and hashtags to use for my event. All I had to do then was to solidify a location that would allow me to hold my event.

Since I live in the DC area, I knew there was no shortage of bars and restaurants. After speaking to a few places, I found a great spot that was more than happy to offer their space to me, allow me to decorate, and even offered to create some signature drinks for the event. I didn’t have to come out of pocket for anything except for the decorations I chose to use.

Once I had a place, date, and time, I posted my video on social media and sent e-vites for my event using some of the language and hashtags provided to me by EndoFound.

I was completely overwhelmed by the positive responses to my video, as well as the amount of people who came to my event, and the donation dollars that came in.

After it was all said and done, my video had been viewed 850 times and my birthday event raised $2,204! That’s more than four times the fundraising minimum of $500. Most importantly, I was so appreciative of everyone’s support and interest in learning more about endometriosis. 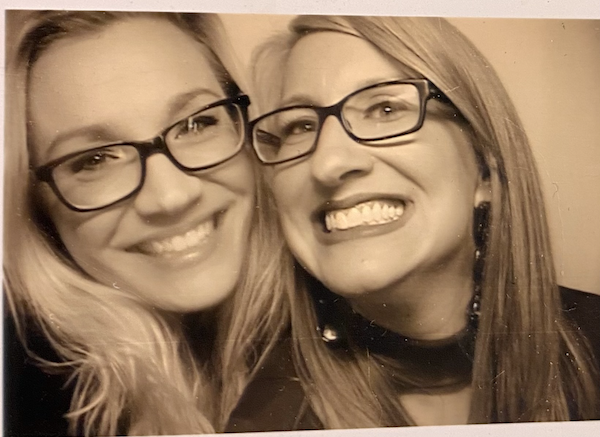 Before I knew it, race time was here. A few days before the run, EndoFound sent me an email letting me know where to pick up my number and my EndoFound team shirt. Two days later, it was race day. I was doing the 5K and not the full marathon, but I was still nervous. Not only was I nervous, my endometriosis flares kicked in the morning of the marathon. I felt so terrible. I wasn’t even sure I could make it to the marathon spot. However, I thought about the people who donated, my commitment to EndoFound, and the millions of women also suffering with endometriosis and picked myself off the floor and set off to do the 5K with the EndoFound team.

My legs felt like tree trunks, my stomach was cramping, and my mind was in a mental race, but I was having fun. There was live music playing, my EndoFound team members were running with me, and I was making a difference.

When I crossed the finish line, it was one of the proudest moments of my life. I had accomplished something I didn’t even think I could get out of bed to do just a few hours ago, but I did it.

Since then, I’ve continued to raise awareness and funding for endometriosis. In fact, I consider it to be part of my life’s mission. Though I haven’t participated in a marathon since, I’ve continued my relationship with EndoFound and am forever grateful to them for choosing me to be a part of their marathon team and for guiding me every step of the way.