I am a local girl who grew up in Smithtown. Like any girl, I enjoyed Long Island life. Swimming in luxurious pools (as shown in my picture) and playing outside with friends during the warm months. I remember running as fast as I could during a game of tag, making sure no one could catch me. During the colder months, you would find me inside with my sisters playing games for hours and enjoying our favorite hot chocolate. But, as we all know, every girl becomes a woman.

Becoming a woman was something that my mom had always made sure I was well informed about. She had given me books to read and had the “period talk” many times with me. Even as a young girl I was excited about one day becoming a woman, but no amount of excitement prepared me for the journey I was about to be on. 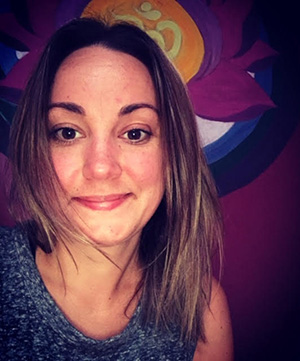 On the day of womanhood, I was the young age of nine and had been in the nurse’s office three times throughout the day. As I complained of horrible stomach pains, the nurse advised me each time to lay down and rest for a little while. After having no relief from the pain, they called my mom to come and pick me up, telling her that I probably just needed to “use the bathroom.”

No! I didn’t just need to “use the bathroom!”

I was officially a part of the Women’s Club. My mom and her friend celebrated with me by making me my first cup of tea and having pizza. At the time I thought the pain that I was experiencing was just a part of transitioning into a woman (kind of like the Hulk).

Each month my period would return like clockwork, and it always brought along its friend…cramps! These killer cramps would often cause me to miss a day or two of school. Midol had become my best friend during these times until it stopped working. I thought that the cramps were just a normal part of the process, something that made us women strong. However, as I got older, more and more symptoms showed. Months were now filled with bloating, nausea, headaches, changes in bowel habits (ewww), and the cramps were worse and lasting longer. Midol, Advil, Tylenol...nothing was helping them.

Fast forward through my teenage years. I was still experiencing horrible periods as an adult. I started asking my doctors what was going on, and every one of them responded with “It’s just bad cramps” or “It’s normal.” However, there was always something in the back of my mind that told me it was much more than that. I continued to search for a doctor who would listen or could tell me what was going on. At the age of 33 - yes, almost 24 years later - a doctor mentioned endometriosis. 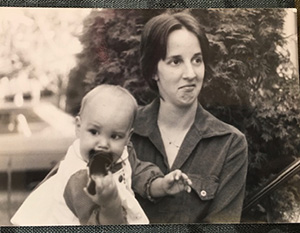 I had my first official diagnostic surgery in 2013, at which time they “burned” off the endometriosis. I wish I could say that it was a success, but the relief lasted just six months. I found myself on the search again. What could possibly be wrong now? I finally found an endometriosis specialist who was helping women. I scheduled my consultation and was excited to finally meet someone who might be able to really help. I learned that excision (cutting away) surgery is the best option for helping endometriosis symptoms. While it is not a cure, it drastically changed my life. That surgery was the first step in my journey, and making lifestyle changes was the next.

The more I started learning to listen to my body, the more I began researching natural ways to help it through nutrition and lifestyle adjustments. I made adjustments to the foods I was consuming, adding in the ones that could help stop inflammation and avoiding the ones that were triggers. I also learned the benefits of physical activity and stress management. The more I learned about my body, the more I wanted to help other women who were going through what I was, and the more I wanted everyone to understand that endometriosis is a whole body disease, not just bad cramps. I enrolled in the Institute for Integrative Nutrition program for health coaching and graduated in 2016. After completing the IIN program, I continued my education with International Women’s Health Coalition classes such as Functional Nutrition for Chronic Pelvic Pain, Masterclass Hormone Balance, Masterclass Chronic Pelvic Pain, and Yeast, Masterclass Endometriosis.

*Patient stories submitted to EndoFound.org are the views of the patient and not necessarily those of the foundation.

Editor's note: Would you like to contribute to EndoStories? Click here to learn how to submit your work.

Stronger Than My Struggle: My Battle with Hormones and Beyond

A Father’s Perspective on Endometriosis