**A Personal PSA on Living with Endometriosis**

Those were words uttered by one of my physicians years ago when I went into her office to talk about my extreme cramps and heavy cycle. More than twenty years later, following a laparoscopic hysterectomy, my current OB/GYN is amazed at the extreme condition he found during my surgery, calling it a “special case.” The endometriosis that invaded my body had spread to other organs. If it had been caught sooner, this may not be the problem that it is today.

Without truly knowing what it was, endometriosis has affected my life since I was a teen. Everyone around me complained about their cycle since the day they became young women, but not many of them would fold over in pain and have to run to the bathroom before the hour was out. I spent days in the nurse’s office on the vinyl couch, days at home missing activities and assignments, and days of fear when planning big events, worrying if they would fall within the heaviest of my cycle. Meanwhile, I thought I was being a wimp since “everyone” went through this. 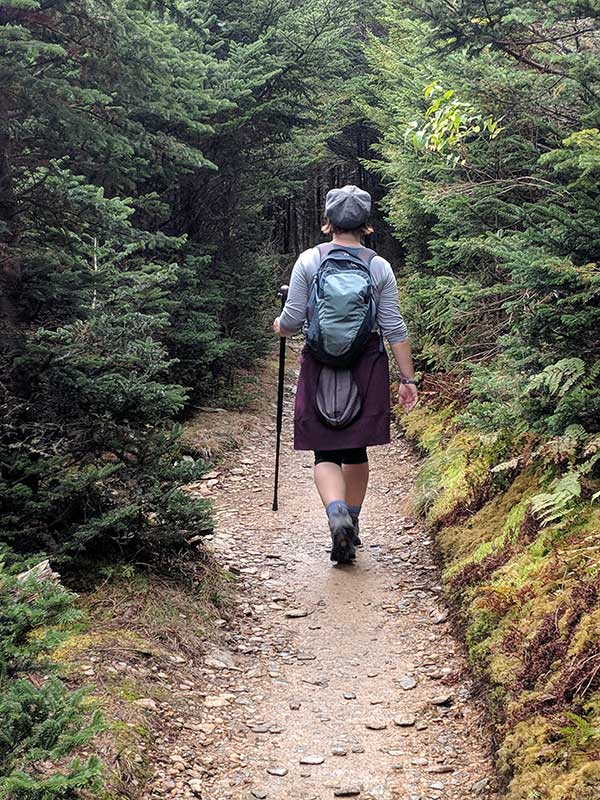 At age seventeen, I finally saw a gynecologist who did the dreaded exam and followed up with an ultrasound. She told me I had cysts on my ovaries, and birth control pills would help alleviate the pain. Following orders, I took the pills. Unfortunately, the length, heaviness, and pain of my period did not subside, and my emotional turmoil increased while on the pills, so I threw them out. There were no other solutions offered to me, so I continued to deal with the pain. At times, I came off as a flaky friend who would suddenly cancel plans.

Fast forward to my late twenties. I successfully had two wonderful children and a decrease in pelvic pain during my pregnancies. Yet, following my second pregnancy, my pelvic pain returned with a vengeance. I distinctly remember walking at Laumeier Sculpture Park and dropping to the ground. It felt as though someone had stabbed me deep in my abdomen. I was nauseous and sweating profusely. The pain hit me over and over with every step toward the car. It eventually subsided. Most months weren’t this severe, but I would try planning around the dreaded egg drop and first two days of my cycle just in case I couldn’t handle my composure in a social setting.

Around the time I turned forty, I decided to tell my doctor about the heavy cycles, swollenness, and fatigue my cycle put me through. In turn, my doctor mentioned doing an ablation procedure since I no longer planned to have more children. Essentially, the procedure involved frying my uterus to stop the lining from reforming. I decided it was worth a try, and I was enticed by the idea of no longer having a period.

I was hoping for complete success with the ablation, meaning no more cycle, but I was one of the unlucky ones who still continued to need feminine hygiene products. Regardless, my cycle lightened and was bearable. I no longer had the extreme tenderness and fourteen-day cycles as before; I felt I was doing pretty well at five- to seven-day cycles. I could have been content with all of this until one morning, while lying in bed, I felt a lump in my lower abdomen. I circled it and felt it throughout the day. I felt it before and after a bowel movement. I knew something was amiss. Thinking back, I remembered that my mom had fibroids in her forties; I knew that is what I was facing.

I wasn’t extremely concerned about the fibroids since they are typical in women and mostly benign growths. I expected them from a heredity standpoint. To be sure, I had an ultrasound done and was told they were at an operable stage because of the increased size over a short period of time. Being someone who leans into holistic measures, I didn’t like the idea of surgery, but I felt I needed it. I scheduled it knowing the laparoscopic hysterectomy was one of the most common of procedures women would face. The recovery time would be longer than I liked, but I was confident that I would feel better once my uterus was removed. 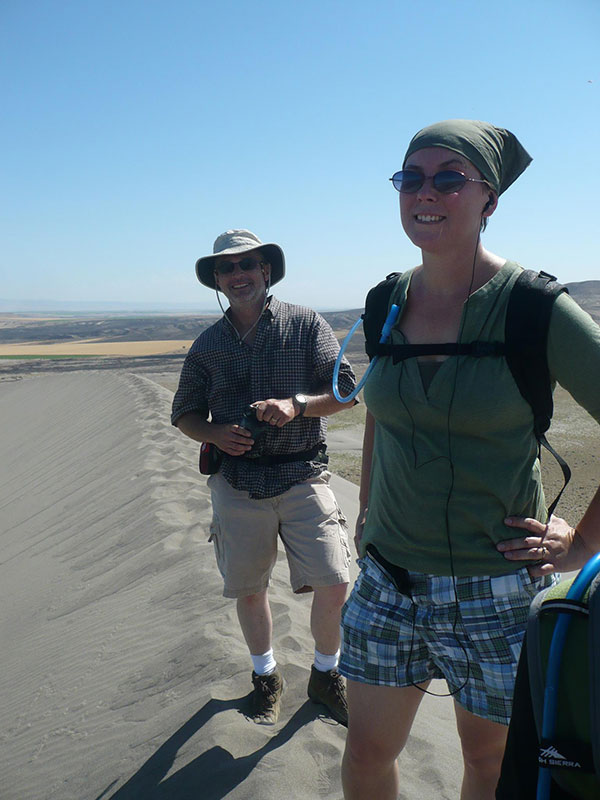 Moments following surgery, I awakened to be told this was not a normal hysterectomy. To my doctor’s surprise, endometrial tissue was everywhere and had even plastered my right ovary to the wall of my uterus, mummifying it of sorts. For that reason, they had to remove the right ovary. This didn’t cause me much alarm because hormones can still be generated by the left ovary, which was still intact. What was alarming was the news that came next: they were unable to remove all of the endometrial tissue. A great deal of tissue had attached itself to the rectum and could even be felt in the rectal wall. It had gone through the organ and lodged itself in an area that could have caused me to come home with a colostomy bag if they had kept digging. An executive decision was made between the two surgeons to stop digging and to follow up with a colonoscopy before deciding if both a colorectal team and a gynecological team needed to tackle the tissue, which could bind and block. What we all thought would be routine was far more complicated, and it remains unresolved today.

Unfortunately, the complications of endometriosis may follow me for years to come and even lead to other surgeries. I’ve asked myself over and over again: Did I not complain about my pain loud enough? How did it get this bad? If this had been found sooner, would I have had a better outcome?

Since the tissue doesn’t show up in ultrasounds, it’s difficult and expensive to diagnose. It is also hard for doctors to rate symptoms, which can be subjective. It doesn’t necessarily weave a web this intricately into all women who get it, yet in some it can be so severe as to render them sterile. There are also those women who are asymptomatic and without pain while having the tissue within. Endometriosis is a complicated condition. Hopefully, with further research and awareness, a cure can be found so that the millions of women will be able to live and thrive without extreme pain. And, hopefully, young ladies won’t be ashamed of their pain and will find their voice when speaking to their physicians about this life-altering condition.

Editor's note: Would you like to contribute to our EndoStories section? Click here to learn how to submit your work.

Patient stories submitted to Endofound.org are the views of the patients and not necessarily those of the foundation.

Helping Others with Endo Gives Me Strength to Fight for Myself: Angelique Hill's Endo Story