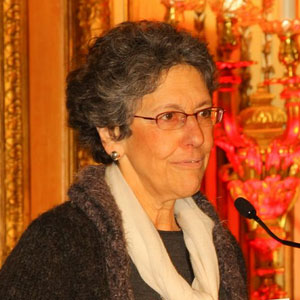 Thank you very much. I also want to thank the organizers, especially Dr. Seckin for the invitation to come and speak today.

These are my disclosures, my service to the community and also research funding from the NIH and the California Institute for Regenerative Medicine.

Today I would like to cover controversies and new frontiers. It is a broad brush of pelvic pain, pathophysiology, models and therapies, and infertility and pregnancy outcomes. Then, in the spirit of the theme of the meeting, really present and engage everyone in a call to action.

Endometriosis is a major, under-recognized disease worldwide. It has a funny name, people cannot pronounce it and it is not talked about in social circles. It is chronic, estrogen dependent and it is an inflammatory disorder. It is present in the majority of women with pelvic pain and infertility and affects more than 100,000 million women and teens worldwide. The latency and onset from symptoms to diagnosis is striking and really unparalleled to any of the other common chronic disorders. It has a huge burden in terms of quality of life impact personally on patients and their families, and also economically. Estimated in the US in 2009 was the cost, if you will, of endometriosis of $69 billion. It is a huge amount and yet it is still so under-recognized.

Several speakers before me have already debated about retrograde menstruation. I happen to be one who subscribes to that for mostly peritoneal disease. But there are other predispositions including a genetic predisposition and likely an immune dysfunction; not an immunosuppression but more that once tissue finds its way into the peritoneal cavity in most women the immune system manages to get rid of that tissue but in women with endometriosis the immune system seems unable to do that. Very interestingly, more and more data are accumulating about environmental toxins and endocrine disrupting chemicals both in utero and also throughout the life span and their relationship to onset of endometriosis and also severity. With congenital anomalies such as congenital absence of the cervix or transverse vaginal septum that is another risk factor essentially for endometriosis.

In 2006 Tokushige and Fraser published a landmark study and that is the finding of nerves in the endometrial lesion. You can see on the right hand panel the purple staining is for nerves that have essentially invaded into the endometriosis lesions, peritoneal lesions. These are sensory nerves, they are sympathetic nerves, parasympathetic nerves and pain is related to nerve density in the lesions and correlates with the type of lesions - so red fleshy lesions having more nerves, more than blue lesions or white lesions mainly hidrotic. Pain also correlates with the depth of invasion and the proximity of nerves to the lesions.

So how do nerves and this inflammatory milieu in the pelvis, which we know exists in peritoneal fluid and also in many of the cells that are present in the peritoneum, how do they interact in terms of actually causing pain? Well, we do not usually know anything with great certainty in medicine but I think we are learning about the interplay of estradiol and also prostaglandins and inflammatory cytokines. Serdar Bulun many years ago reported on the expression of the aromatase enzyme, the enzyme that essentially converts androstendione to estrone, which then gets converted to estradiol. This is made in the lesions themselves. Aromatase is expressed, highly expressed in the ovary where most of the estrogen in the body is made but it is also expressed in the fat tissue and also expressed in the lesions. So women who are on GnRH agonists for instance, the ovarian estrogen is suppressed but not the lesion production of estrogen. Here, estradiol stimulates growth factors and prostaglandins and nerve growth factor, and activated macrophages and inflammation work together. Essentially what they do is they stimulate those nerves that are sitting in the lesions to sprout and to have other nerve terminals and also activate the signaling from these nerves to the central nervous system.

Now this review in cell from Allan Basbaum at my institution was published in 2009. It is a very fascinating series of events that occur in the endometriotic lesions here; this is local, the nerves then go to the spinal cord and the dorsal root ganglia and send signals up to the brain, where pain is perceived. It is not a two way street because the cortex tries to send inhibitory signals down to alleviate the pain. But I really want to point out that there are two areas of pain. One is in the periphery at the level of the lesions and that is the local generation of pain that sends these signals. This is modulated by hormones and the immune system but also centrally there is processing of these peripheral signals and there is a relatively new phenomenon, at least new to the GYN world, with regard to perception of pain in women with endometriosis and that is a concept of central sensitization. It is sort of like phantom limb pain when a limb is removed but the brain still thinks that limb is there and that it hurts. This is indeed a new frontier and something I think we really need to pay attention to for our patients.

I had the good fortune of having a wonderful collaborator at UCSF, Jon Levine, who is a rheumatologist. We both see primarily women as our patients, women with pain. He sees women who have rheumatory arthritis and also women who have inflammation. He is a bench scientist and has worked in animal models of pain perception. He was fascinated about endometriosis. He had not heard about it and thought that this was his cause célèbre for the next decade of his professional career. We developed a model where we can actually measure pain signals.

On the left this is a rat or a schematic of a rat and Karen Berkley's model is the tried and true one where there is distention of the bladder and also the vagina, and pain is measured by an animal avoiding going into a box. It is really secondary downstream evaluation of pain. Jon is a neuroscientist and he transplanted endometrium or actually a little piece of the uterus of the rat onto the gastrocnemius muscle and then he has little tiny instruments to measure the actual signaling. We have now looked at the effects of progesterone, GnRH agonists and a variety of other compounds trying to understand at the peripheral level of nerve transmission what may be going on. I think this is a new frontier and offers also an opportunity to screen compounds that are under development for pain control.

The medical and surgical basis of treating symptomatic endometriosis has several assumptions with regard to pain, and that is the pain will go away if we stop the retrograde menstruation, we stop the growth, we inhibit the blood vessels that continue to sustain the disease, if the pelvic nerves are disrupted and also if inflammation and estradiol are inhibited. I am sure you are all familiar with current therapies for endometriosis including non-steriodal anti-inflammatories and a variety of different progestins, contraceptive steroids, GnRH agonists, aromatase inhibitors, all of those have the goal described on the previous slide. And surgery also is to ablate nerves and also to restore anatomy. Sometimes the therapies are sequential but as Dr. Reich mentioned most of the medical therapies work for a limited amount of time, some of it is due to side effects but also some of the therapies essentially have an escape mechanism. With surgery it is very, very dependent upon the surgeon and the experience of the surgeon but in broad terms about 50 percent of recurrence of pain needs additional surgery within two to five years. I am sure the patients in the audience can appreciate that finding.

We know that treatments for endometriosis related pain work for some women for some of the time but one size does not fit all. I think we need to be asking questions about why is this true? Can we identify women and teens at risk of treatment escape, and also of disease and symptom recurrence? What can we offer those who have tried everything? Most of my patients have already tried - they are referred to me after they have had surgery - almost everything on the list of medications. I hope for the future we can tailor treatment upfront to individuals that is in a personalized medicine approach. And, finally, how do we diagnose and treat central sensitization? Those are some of the new frontiers and controversies with regard to pain.

I would like to shift gears briefly to endometriosis and infertility. As has been mentioned already the lining of the uterus is different in women with endometriosis. We have spent a lot of time investigating this, but also the pelvic peritoneum is different with this inflammatory milieu. And the ovary, it is not by chance that it is bathed in peritoneal fluid and is exposed to this inflammatory environment.

We know that medical therapies for endometriosis related pain do not enhance fertility. In fact, most of them are anti-fertility because many of these are contraceptive steroids or stop gonadotropin secretion or inhibit estradiol and you need all of those for fertility. In fact, they delay fertility treatment.

I put this as controversial because the Society for Assisted Reproductive Technologies, SART, has data from IVF cycles throughout the country in which they have classifications of reasons for infertility, including endometriosis. There they demonstrate that the likelihood of pregnancy is pretty similar for women with endometriosis. 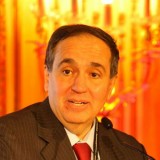 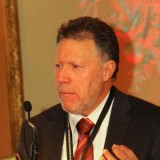