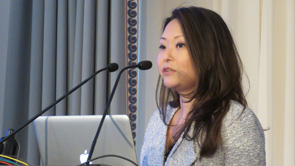 …to contract and that leaves to bladder emptying. Well, if there is damage to these nerves, the pelvic splanchnic nerves, this is how you can get the bladder retention.

What is nerve sparing surgery? Several techniques have been described. These are the steps described in a paper by Ceccaroni who is probably the most prolific surgeon in terms of nerve sparing surgery in Italy. It starts with identification of the superior hypogastric plexus and this is at the level of the sacral promontory. You get into that presacral space retroperitoneally, then followed by the dissection of the rectosacral and pararectal spaces to the level of the rectosacral fascia and rectal wings. This allows you to see the division of the superior hypogastric plexus to the left and right hypogastric nerves; and finally, identification of the pelvic splanchnic nerves and the origin from the sacral roots. So they are actually dissecting out and identifying these nerve fibers from its origin at the sacral roots of S2, 3 and 4. Then they merged to form the inferior hypogastric plexus.

You can imagine it is a very complex, complicated, delicate meshwork of nerves but when it is done properly, I thought this was a beautiful picture, it can be dissected out like this. You have the sacral promontory right here, this mesh of fatty tissue here contains your superior hypogastric plexus and you can see these divisions into your right and left hypogastric nerves and running along again lateral cauda to the direction of the ureter.

This is an even more beautiful picture of the sacral promontory, right hypogastic nerve, left hypogastric nerve, and then you have here coming out from its sacral roots S2, 3 and 4 merging with the hypogastric nerve you see it so clearly here. And this is your pelvic splanchnic plexus. This is just an amazing dissection. You find it lateral to your vagina and your rectum.

Now we know what nerve sparing surgery is, does it work? These are basically the three studies I could find that looked at a comparison of whether it is feasible in comparing it with a control, which is just conventional laparoscopic surgery, stage four endometriosis, deep infiltrating endometriosis and how that is performed. This study by S. Landi and M. Ceccaroni was a prospective study done at a highly specialized endometriosis center in Italy. The intervention was 45 patients with laparoscopic complete excision of deep infiltrating endometriosis that also required segmental bowel resection. Group A is the non-nerve sparing group and group B was the nerve sparing intervention. The outcomes they looked at were pain symptoms, bladder and bowel function and patient satisfaction.

The mean follow up time was different for the two groups. Group A 15.3 months, group B the nerve-sparing group much shorter at 3.5 months. The baseline patient characteristics were similar between the groups including age, BMI, parity, CA-125, their past surgical history and the mean intestinal stenosis, which they were able to record by double contrast enema.

Symptoms and patient satisfaction – both groups had significant improvements in their pain scores for dysmenorrhea, dysuria and dyschezia, however, the nerve sparing group had greater improvements in relation to dysuria. Overall, the nerve sparing group was very satisfied, which was a score of greater than eight or greater than the non-nerve sparing group. Their conclusion was that 1) it is feasible in the right hands. You get similar EBL and operative times. Pain was improved from baseline. There can be a faster return of the bladder function when you are dissecting out these nerves and being careful not to denervate them. The bowel function was the same and there was greater patient satisfaction.

As with any study there are limitations. This was a small study, it was not randomized. There were different follow up times, and, most importantly I think, is that ___ news validated questionnaires and obviously there is poor generalizability given the level of technique and skill that this surgery requires.

In their next study they improved on some of these limitations. This was a larger study. It involved several of the same authors, another prospective study at the same hospital. They had 65 patients in the non-nerve sparing and group B, again, the nerve sparing group. They looked at bowel, bladder and sexual function at one, six and 12 months. All the baseline characteristics again were the same, similar. This time around the operative time was actually shorter for the nerve sparing group, not by much but it was a significant finding. Like the last study, blood loss is the same. These were the concomitant procedures performed and it appears as if those that underwent the nerve sparing surgery actually seemed to have more probably complex disease or that required more complex surgery.

Intraoperative complications were vascular, urologic and intestinal were the same. In terms of bladder and bowel function the non-nerve sparing group had more frequent urinary retention at one, six and 12 months, which kind of echoed the results from the previous study. There were no significant differences in urinary continence, air incontinence, fecal incontinence or constipation. Again, the bowel symptoms were the same.

The patients in the non-nerve sparing group had a much greater risk of severe neurologic pelvic dysfunction. This is basically when they have severe bladder, bowel and sexual function deficits and they categorize these patients as denervated. There was only one patient in group B.

This last study I want to go over I like because this study actually used validated questionnaires that we know of. Again, the same question is nerve sparing surgery possible and what are the outcomes? Another prospective cohort at a tertiary endometriosis unit, one of the larger studies. They looked at bladder and sexual function using these questionnaires. We note the visual analogue scale, which is a measure for pain symptoms. It includes variables such as dysmenorrhea, pelvic pain, dyspareunia and dyschezia. The International Prostate Score System for urinary symptoms. This is based on I believe eight categories about voiding, storage and quality of life issues. And the Female Sexual Function Index for sexual function. These are the categories that they assess for.

Follow up was at 1, 3, 6, 12 and an extra year 24 months. The baseline characteristics were the same and all the baseline pain and bladder and sexual function scores were equivalent. Post-operatively, again, what we are I guess consistently seeing in the few studies that exist, is that those that underwent the nerve sparing surgery had less self-catheterization, overall better bladder function. In terms of the IPPS scores the non-nerve sparing group had worse voiding symptoms. The higher the score the worse it is for IPPS scores. You can see that there with the asterisk.

Nerve sparing surgery for deep infiltrative endometriosis is feasible when performed by highly skilled surgeons with in-depth knowledge of neuropelvic anatomy. The operative time, blood loss and intraoperative complication rates appear to be equivalent. Comparable symptom relief compared to conventional surgery for DIE. Nerve sparing surgery may result in quicker return of voiding function. The bowel function symptoms appear to be similar and sexual function appears to be similar or improved.

Just a few other surgical points: we are constantly reminded about the importance of complete excision, always. But sometimes it might not be possible. You need to weigh the risks and benefits of completing a complete excision in this dangerous area in terms of pain relief versus having bilateral denervation and having severe bladder, bowel and sexual dysfunction. It is not possible to remove endometriosis from pelvic splanchnic nerves and so just being cautious of these issues. Thank you. 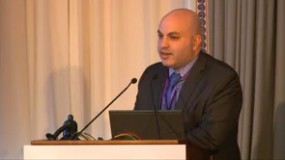 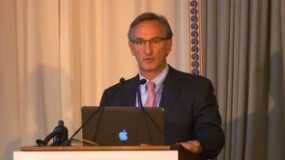