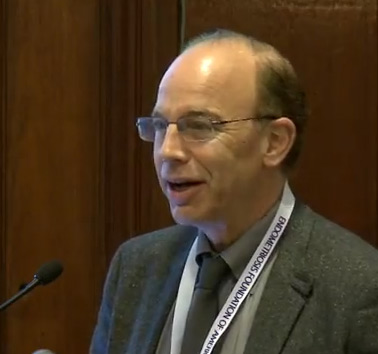 Speaker 1: ... our field in terms of dollars and cents, and I think this will be the right segue into what are the fertility options today for patients with endometriosis. I decided to give you what I think is the top of 10, kind of stealing from Letterman a little bit. And what we'll try to do is ask 10 questions that pertain to the treatment of endometriosis and see if we can answer them one by one and maybe you can take home some of those messages.

The first question is, does ovarian suppression help? Just giving suppression, I think some physicians have that notion that if they give OCPs or GnRH analogs or Danazol, which is kind of an older drug, for a period of time that that by itself will help their patients conceive, and in a Cochrane database review, this was not found to increase pregnancy rates. So that settles that. Ovarian suppression is not recommended today in the treatment of infertility and should not delay effective treatment. You don't want your patient to age through the process. I always tell my patients, whenever they come to me at any stage, I don't want you to age under my watch. As we said on Saturday, the three main factors affecting fertility are age, age, and age. And you always have to keep that in mind. It's not different for the endometriosis patient.
The second question is how successful is fertility treatment and that pertains ... Dr. Adamson had quite a few very good slides on that ... but cumulative pregnancy rate for IUI alone is 18%. With gonadotropin IUI, which we don't recommend that much anymore, and we want it to be replaced by IVF ... we feel it's safer ... is 33% for stages I and II. Stages I and II, it's not that different than non-endometriosis patients.

Does endometriosis reduce success in IVF? There was a study, quite a well known study in our field by Dr. Kurt Barnhart from Penn, in 2002, and they did a meta-analysis with 27 trials, and in that study they showed that the chance of conception was much reduced compared to if your infertility was a tubal factor. And they looked at all the parameters, all the things that physiologically we can learn about the patient, the fertilization rate, the implantation rate, and the number of eggs. However, if you look at another study by Omland ... this is a European study ... they actually showed that endometriosis pregnancy in IVF was similar, almost identical to tubal factor, but both of them were still less than unexplained infertility. Implantation rates were the same for all three groups, and just for those of you who don't do IVF here, implantation rates are probably a more important way to judge fertility success in IVF than just pregnancy rates. Implantation rates is actually the number of pregnancy sacs per embryos that you implanted.
More good news came from the SART Registry. This is the registry that actually encompasses almost all the IVF program in the United States, and 2010 is the last one published, and if you look at every age group ... it's always reported by age, again to underline how important age is ... you see that pregnancy rates ... not only pregnancy rates, but implantation rates ... everything is pretty much the same between all diagnoses and patients with endometriosis. If you see in the young patients less than 35 years of age, the delivery rate was 36%, almost 37. And then between 35 to 37, it's about 27%, and it goes on to 18% and 10% in the higher age groups. Again, good news, and this is all stages. I think ... yeah.
Now comes the question, well, wait a minute. Okay, so you showed that pregnancy rates for the whole group of endometriosis is the same, but does the level of endometriosis, does the severity matter? Well, it seems to be that the only real thing that matters, that reduces pregnancy rates, is deeply infiltrative disease versus superficial disease. In this study from 2002, you see a significant drop, 58% when it's invasive versus 83% for superficial lesions.
Then the question is okay, does surgery improve IVF success? And this is a study from a group that did a lot of surgery, but also is very well known in our field for their success in IVF, out in Colorado. As you can see here, the ongoing pregnancy rate, as well as implantation rates did not differ. And just as an aside comment, when you saw David Adamson's slide about the cost of a baby based on an algorithm that includes laparoscopy if, let's say, Clomid/IUI doesn't work, I'd like to make a comment that I do think that for endometriosis ... and I know there's a lot of surgeons here, so I have to be careful ... but for endometriosis, mild and minimal, it's never been shown that there is a benefit of laparoscopy in pregnancies. In my patients who I don't think have a more severe disease than that, I go directly from Clomid/IUI to IVF. I bypass it. I shortened the time to a pregnancy and I reduced the cost.
What about an endometrioma? Does it affect IVF success and should it be removed prior to IVF? Most studies show ... again, this is Ballester and very recently ... that there is no impact on IVF outcome of the number of endometriomas, of the size of the endometrioma, which was a question we got on Saturday from one of the patients, and whether the endometrioma is on one side or both sides. However, what was significant, what was deleterious again, was if there is concomitant deep, infiltrating disease and AMH was highly predicted. And that's one of the things that I would like to urge everybody to do. Of course, my suggestion is that if you're a doctor who deals with endometriosis a lot, a surgeon, gynecologic surgeon, I would suggest that you work together with a fertility specialist on your patient.
Evaluate, even if you're planning on doing surgery, do a presurgical evaluation of the patient's fertility potential. What is her FSH on day three, and estradiol, and what is her AMH. Consult with a fertility doctor. Have her see that person to make a plan, even if you're planning on significant surgery, so you can jump right on to treatment.

What are the proposed indications for removing an endometrioma? First of all for a diagnosis. As we know, a very small proportion has cancer, and if you're seeing a big, complex cyst in the ovary, you don't know what it is, obviously if the patient has significant pain, if the cyst has grown rapidly, if the sonographer tells you that the lesion is suspicious, compromised access to the remaining follicles, so sometimes it helps actually IVF, and concern for rupture in pregnancy due to size. Obviously, we have to be reasonable in deciding actually which endometrioma not to operate on.
And then the question is, we said that just medical treatment without anything else does not really help fertility, but medical treatment, suppression before IVF, does it increase the results? And the answer is actually many studies show that yes. You see this comparison. Ongoing pregnancy rate and implantation from longterm Lupron or GnRH agonist did benefit the length of time. You'll see here all the different studies. It varies between three months to six months.
I think there's more consensus on the three months. I would not prolong it more. There's also a problem that if you gave a patient six months of Lupron, the response in IVF can be quite sluggish and that could be a problem for us.
This is actually a question that came again from patients on Saturday. Does IVF make endometriosis worse? The good news is that there is no worsening in symptom scores and the size of the endometriomas or peritoneal nodules, and actually 22% of patients reported improvement in symptoms, while 11% reported worsening. I think the weight of the evidence right now is no, you don't have to worry about that.
This is just one of the studies. People have tried to look into the role of the endometrium. Does endometriosis really affect the endometrium adversely? And they looked at all kinds of markers. One of them is the beta integrin, and this study shows you that there was no difference.
Now what can we learn from the egg donation model? This is very interesting. This study from '94 from Spain did the following. They divided the patients into three groups. They had egg donors who gave eggs to recipients. Both donors and recipients did not have endometriosis. The second group were donors that had endometriosis and donated to patients who did not have endometriosis. And the third one was donors who did not have endometriosis who donated to patients who had endometriosis. Did I confuse you already?
Okay. This model is very interesting because you're trying to figure out where is ... it's not the chicken and the egg ... but where is the endometriosis affecting adversely? When you use donor eggs, even on patients with ... first of all without endometriosis, you see the pregnancy rate was fantastic, 61%. The same pregnancy rate, if you are using donors who are healthy, and the recipients have endometriosis. But where the pregnancy rate drops precipitously is when the donors have endometriosis.
What does that teach us? You see, it drops to half, to 29%. Those who have been looking at the endometrium and endometriosis have been barking at the wrong tree. I hope the physiologic talk that follows me will not fight that notion. If you're looking at the weight of the evidence, it's the egg.
And how successful is egg donation with endometriosis? It kind of showed you already one statistic. And the retrospective analysis of 10,000 egg donations over a 10 year period showed the cumulative pregnancy rate to be the same, regardless of the indication or the diagnosis.
And the last thing is donor eggs and donor egg banking. I said it on Saturday. Today's a little bit of a different crowd, so I'll say that your patients who run out of fertility potential ... and a few of them spoke to us on Saturday, and actually came up with questions, and it is obvious that they've been fighting with fertility for years and are not getting pregnant.

They need to turn on that switch that I showed on Saturday. An actual switch in the woman's brain, own eggs to donor eggs. It's not an easy switch for them to turn on. Once they do donor eggs, I showed you. The pregnancy rate is fantastic. They go from being in the worst pregnancy chance group to the best pregnancy chance group, which is donor eggs. Now the new concept is egg banking and we have contracted with the egg bank from Atlanta, and egg banking, using the frozen eggs from an egg bank, it's much cheaper. About $10,000 cheaper. It's available. It's immediate. Logistics of synchronization between donor and recipient do not exist, and potentially safer. We have that contract in our office here at Lenox Hill. We'll provide you with the services.
To recap, ovarian suppression does not improve fertility. Clomid/IUI, IUI, and gonadotropin IUI are all effective treatments of endometriosis. Overall, IVF pregnancy rate with endometriosis is the same as all other categories. Deeply infiltrative disease, lower success rates. Surgery on non-ovarian endometriosis does not improve IVF outcome. Endometriomas do not affect results. And pre-IVF resection is not indicated routinely and may reduce the response. However, there are indications where you should do it, which we had mentioned before. Pre-IVF medical suppression does improve the results. IVF does not make endometriosis worse. Studies from egg donations show that the main problem in endometriosis is the egg, not the endometrium. And egg donation is as successful with endometriosis patients as with all other patients, and the egg bank is an exciting new option, much cheaper and simpler. 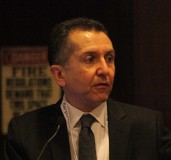 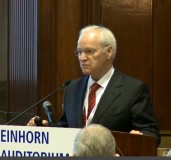