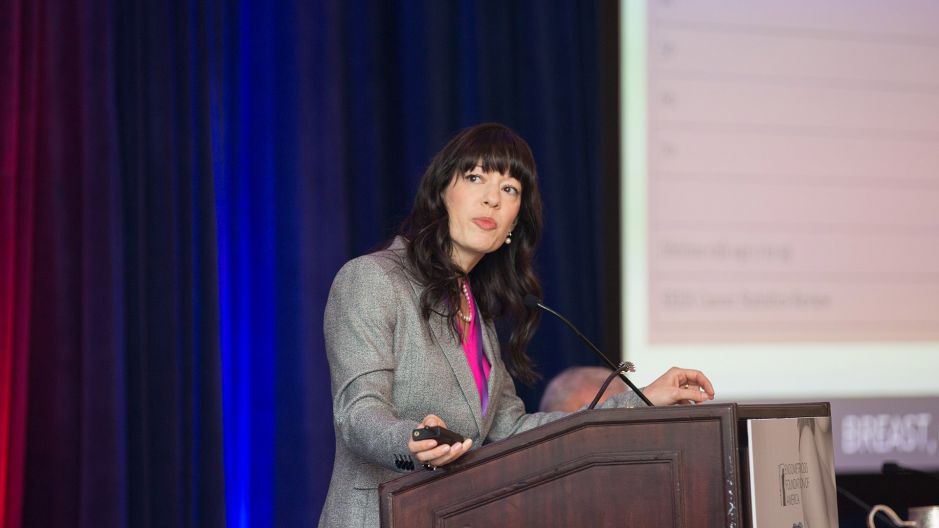 Why is EFA  doing this conference?

Good morning. I'm going to put this up a bit. Thank you so much for coming. I'm going to do a brief literature review. I'll also be presenting data from our practice and case presentations, just a few of them to entice you further in the day to think about these patients and the plan for the future.

The first major epidemiological study was done by our friends in Greece and this study examined across the board a search of endometriosis, breast cancer, malignancy neoplasm as key words and they pulled together multiple studies to investigate if there really was a strong evidence for a positive correlation or if there was really an inverse or null association. They found 11 studies that showed a positive or a direct association, six of them which were statistically very strong and eight studies that associated negatively between endometriosis and breast cancer and we'll go through them briefly.

The positive association studies by Moseson and Weiss they showed an odds ratio ranging from about 1.6, 1.8 to as high as an odds ratio of 4 for pre-menopausal breast cancer patients. There was a very large study done by Brinton with 20,000 Swedish patients that had a discharge diagnosis of endometriosis and they showed an increase [inaudible 00:01:45] of breast cancer but more significantly an increase in ovarian cancer in patients that had a long history of ovarian endometriosis.

There was subsequent studies done. Schairer showed 15,000 patients who underwent surgery for benign reasons and noted a threefold increase in patients that had surgery for endometriosis but retained their ovaries versus 1.7 showing a protected benefit in patients that actually had an oophorectomy. The last study is also interesting. Kok et al did a study with 9,000 women without endo and 2,000 with, and they showed a hazard ratio increase for breast cancer but more importantly even without adenomyosis colorectal cancer had an adjusted hazard ratio of 13 for patients without adenomyosis that was left over long term.

The studies with negative association were smaller and mostly relied on self-reported cases from patients so they interviewed them and many of the patients said that they had endometriosis. There was no pathology or confirmed surgical diagnosis in a lot of the cases. There was a study done by Nichols with 5,000 controls and 200 cases of endo which showed a strong breast cancer reduction noted in patients that had both their ovaries removed with their hysterectomy if they had it done at age less than 40. This was actually an odds ratio reduction, it was .42.

The limitations with these studies were that they were self-reported and they didn't really take hormone status into account or hormone treatment. So they said that it was difficult to come to a conclusion overall based on these reports. I just wanted to briefly put up the absolute risk of breast cancer in the U.S and this is from the SEER Cancer Statistics Review. For most of the patients that we treat they're in their twenties, thirties, forties, the rate is really less than 1% and for forty it's 1.5%. The overall lifetime risk of course increases as with age, with the lifetime risk one in eight.

Farland did a Nurses' Health Study with 116,000 patients again self-reported, laparoscopically confirmed endometriosis and they showed an overall 24 years they were followed and there was a 3% [inaudible 00:04:07] of breast cancer. The only significant data was shown with estrogen positive, progesterone negative breast tumors in patients that had endometriosis there was a twofold increase in these type of cancers. The other hormone status were not significant.

We with the help of our research assistants, Suzy and Sue-Anne, we put together practice data from January to August, about a year and a half's worth of data and showed our own family history prevalence in our patients. Out of 313 cases at that year and a half there was a positive family history in 35% of them and we're seeing this more and more when you really ask the questions. Negative family history 65%, 200 patients. You can see that the comparison of the average age of course early disease or peritoneal disease is the beginning stages and these are in younger patients. In older patients they have deeply infiltrating disease or endometrioma and ovarian involvement.

There was a normal distribution of age so the younger ages with more advance, sorry that's not very legibile, advanced infiltrating is in the purple and peritoneal disease is in the turquoise. The prevalence of family history based on the type of endometriosis, overall about 65% was the advanced stage diseases and the peritoneal beginning stages in 36%. This is just a graph showing that the majority of the specimens have inflammation present in them. About 55% had endometriosis and this was over 5,487 specimens that Dr. [inaudible 00:06:30] and team collected over those 313 cases. So quite a few specimens and you can see the majority really will show inflammation and fibrosis with some 55% being endometriosis.

Briefly I'm just going to show a few cases of patients that we've seen in the last three months. We've had five or six patients come in with endometriosis and breast cancer, all different ages. I just want to highlight them so that we can think about them going forward in this day and get collaboration from research with all of our friends here today.

The first case is a 36 year old who had a little bit of left breast pain but mainly underwent a mammogram because her best friend was diagnosed with stage four breast cancer and she thought she should have a mammogram as well. She had a surgical history of extensive endometriosis excision, infertility treatments. Her mom had pancreatic cancer and her father had lymphoma. Her pre-op lab was 43 for her endometriosis surgery, for her CA125. She was shown to actually have two lesions on her right breast not left. She had a core biopsy which showed multifocal ductal carcinoma in situ. She had a right mastectomy with sentinel node biopsy and elected to have a left prophylactic mastectomy as well.

Her final pathology showed DCIS intermediate grade and her nodes were negative. She returned to us with complaints of pain and heavy periods and was diagnosed with diffuse adenomyosis both on MRI and our office ultrasound as well. She desired definitive treatment, wanted to be free of endometriosis in the future. We discussed this actually with her breast surgeon and the recommendation was really for her to have a hysterectomy but retain her ovaries so that she wouldn't ever take artificial hormone replacement. Her uterus was shown on final pathology to have a diffuse adeno. She had endometriosis [inaudible 00:09:04] her cervix, rectum, as you can see many deep areas. The fallopian tubes were normal.

The second case is a 33 year old who came in with painful periods and sharp sacral pain. She actually had bleeding from her left nipple when she was 27 years old and underwent imaging and core biopsy and was actually diagnosed with invasive ductal carcinoma. She was ER-/PR-/HER 2+. She underwent a double mastectomy at age 28 and she had nine subsequent reconstructive surgeries for difficulty with the reconstruction unfortunately. Her medical history, she was BRCA negative. She had however two paternal aunts with breast cancer and a pancreatic cancer in her grandmother. She has 3 cm left ovarian endometrioma. This case has not been completed yet.

Third case is a 56 year old who presented with breast assymetry. This was actually in her late forties. She had a history of five laparoscopic endometriosis excisions with multiple deep disease on the rectum and bowel and a family history of colon cancer. She had suspicious masses on her right breast and was later diagnosed with invasive ductal carcinoma. She had a bilateral mastectomy with sentinel nodes and adjuvant chemotherapy as it was poorly differentiated with also DCIS present. Her nodes were negative but she was also triple negative hormone ER-/PR-/HER 2-.

The fourth case is a 43 year old who has endometriosis and came in for a check up. She had a history of laparoscopic excision of endo a few years back and she was actually a nurse at a top cancer institute and elected to have a mammogram really just for her own purposes or paranoia at age 37, not really for any reason. They found a right breast nodule and two nodules actually and diagnosed ductal carcinoma in situ. She underwent a bilateral mastectomy with sentinel node biopsy. She was estrogen positive, progesterone negative, similar to the study we discussed earlier. She had microinvasion as well. She has bilateral endometrioma's, changes on MRI consistent with adenomyosis and [inaudible 00:11:20] adhesion's. She has not had her endometriosis surgery, repetitive one yet.

The last case I just want to highlight is a 44 year old who has pelvic pain and bowel symptoms despite already having a hysterectomy. She has pain with bowel movement and blood in her stool and pain in her leg. She had a hysterectomy in 2012 several years ago and her cervix at the time was fused to the rectal wall. She had a mother with breast cancer and after her hysterectomy because she still had symptoms she was actually put on hormone replacement and birth control pills to try to control the symptoms until age 42 when she noticed tingling in her breasts and underwent imaging and had multiple suspicious areas. She had multifocal DCIS on core biopsy and underwent a bilateral mastectomy with sentinel nodes.

So we just wanted to highlight these patients and cases and hopefully collaborate with everyone in the future. Thank you so much for coming to the conference and for being here bright and early on a Saturday morning. We appreciate it. Dr. [inaudible 00:12:23] will just come back up. 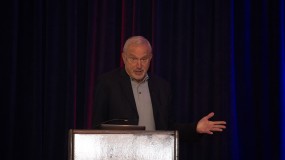 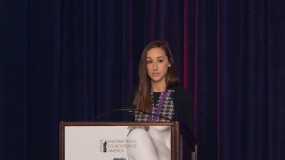